One jokester congressman, Rep. Steve Cohen from Tennessee, came to the hearing with a ceramic statue of a chicken and a bucket of actual Kentucky Fried Chicken to make the point – you guessed it – that Bill Barr was too chicken to show up for his scheduled testimony.

Political stunts aside, here’s a fitting word to describe Barr: cute. As in, too cute by half.

In his public appearances since taking office, Barr has quibbled and quarreled and kvetched about the most basic words in the English language, arguing about their plain meaning and common connotations:

Barr has consistently refused to call his summary of Mueller’s principal conclusions “a summary” and has repeatedly maintained that the White House “fully cooperated” with the Special Counsel’s investigation, despite the very different picture painted by the original Mueller report.

In response to a question Senator Kamala Harris asked during the Judiciary Committee’s hearing last week about whether “the President or anyone at the White House ever asked or suggested” that he open an investigation of anyone, Barr stuttered and stammered, and finally weakly responded with “I’m trying to grapple with the word ‘suggest.’” Not since Bill Clinton averred, “It depends on what the meaning of ‘is’ is,” have we heard such a pathetic lawyerly parsing of a plain word. Again, too cute by half.

These words – “suggest,” “summary,” “cooperation” – shouldn’t confuse anyone, let alone the Attorney General. And they don’t. It is worth further noting that when confronted about his use of another ordinary but loaded word, “spying,” to refer to the FBI’s counterintelligence probe into the Trump campaign, Barr blithely said, “I don’t consider it pejorative.” Once again, too cute by half.

When Bill Barr says that “‘spying’ is a good English word that doesn’t have synonyms,” he knows full well that it is a provocative charge that feeds and fuels the president’s narrative and even creates a predicate for overheated accusations of “treason” and an attempted “coup.”

So what’s the method behind Barr’s cuteness?

In the context of testifying, it is partly to buy time in the moment, but more insidiously, it’s a conscious and seemingly coordinated effort to launder the president’s incendiary talking points through the legitimacy of the Justice Department.

We have been treated to a non-virtuous feedback loop where the president claims “no collusion!” Mueller sidesteps, and Barr echoes the battle cry: No collusion! These are the tactics of a zealous personal defense attorney, not the mandate of the chief federal law enforcement official in the land.

Another departure from norms; another low bar set for ethics. Can we abide it?

Every administration has struggled with transparency, but the rate of deceptive political messaging by members of the Trump administration has been staggering and unprecedented. More than ever before, language has become an indispensable tool used to distort facts and to evade the truth. This administration has, after all, coined the phrase “alternative facts” in defense of lies. Are these language discrepancies merely fine distinctions or are they falsehoods?

Acclaimed wordsmith, the late William Safire, was a Pulitzer Prize-winning political columnist for The New York Times. In his column, “On Language,” he would explore grammar, usage, and the origin of words while offering conservative political commentary. In a 2008 column, Safire elaborated on the evolving use of the word “nuance”:

It’s a noun that exemplifies the verbal gymnastics that we synonymists enjoy: nuance is “a subtle difference in meaning; a fine distinction, inviting a delicate shading of varied connotations.” It began in Middle French, meaning “a shade of color,” rooted in the Latin for “cloud”; an offshoot is nebulous, “cloudy; vague; obscure.” That may explain why nuance has recently gained a pejorative nuance: “variability, ambivalence, equivocation.”

Its first recorded use in English was by Horace Walpole in England in 1781: “The more expert one were at nuances, the more poetic one should be.” In the next century, it was applied to a variation or shade of color: the novelist Walter Scott wrote of Lady Penelope’s “natural blush reinforcing the nuance of rouge,” and was taken up in music, as one critic was upset with a performer’s “failure in expression or nuance.

Read the rest of the column and check out other quick reads from Safire’s “On Language” columns, like “Dated Definitions,” “Straw-Man Issue,” and “Newswords.”

BILL BARR: THE POLITICS OF SNITTY” 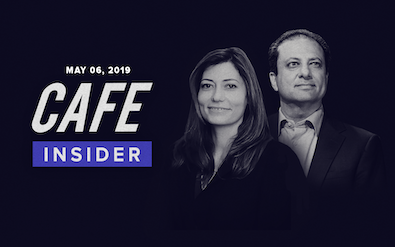 Takeaways from Episode 24 of CAFE Insider:

What is the significance, if any, of Barr’s admission that he did not review all of the underlying evidence in the Mueller report? During the May 1 Senate Judiciary Committee hearing, Sen. Kamala Harris asked Barr if he had reviewed all the underlying evidence gathered in Mueller’s investigation. Barr responded that he had not, and that he had accepted the report’s statements as “factual record.” While the head of the Justice Department may not be expected to review all the evidence, even in important cases, Barr’s failure to do so in this instance is troubling because he made the call on the question of obstruction, essentially declaring the president innocent, without being fully informed of the facts.

Can Barr be jailed if he’s found to be in contempt of Congress? Yes, but it is unlikely. If the House ultimately approves the contempt resolution, then Congress will request that the Justice Department or the US Attorney of the District of Columbia charge Barr with criminal contempt for failing to comply with a congressional subpoena. Although Barr faces the possibility of a fine or imprisonment, either outcome is unlikely. Rather, lawmakers’ push to hold Barr in contempt is a means by which the legislative branch is flexing its oversight muscles.

What can we expect from Mueller if he ultimately testifies? The House Judiciary Committee has proposed May 15 as the date for Mueller’s widely expected testimony. Will Mueller elaborate on why he was disappointed with Barr’s framing of the probe’s findings? Will he opine on whether he would have sought Trump’s indictment if he were not the president? Will he provide more color on his decision not to make a decision on the obstruction question? To what extent will Mueller provide answers that are not directly gleaned from the report? It would be surprising if Mueller’s testimony went beyond the four corners of his report.

If you haven’t already, listen to “Bill Barr: The Politics of “Snitty”

We’ve recently changed how to listen to CAFE Insider in the podcast player of your choice. These updated instructions will walk you through how to listen on your device just like an episode of Stay Tuned. 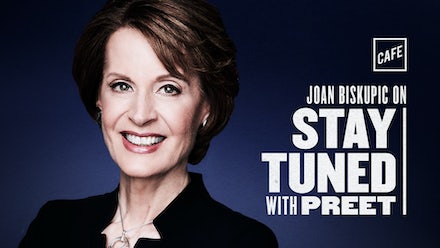 Joan Biskupic is this week’s guest on Stay Tuned. She is an author and a journalist who has covered the Supreme Court for three decades and recently published, The Chief: The Life and Turbulent Times of Chief Justice John Roberts.

In this sneak peek at the interview, Biskupic explains why it matters which justice writes the Court’s opinion:

“What often matters as much, if not more, to the bottom-line vote in a case is the legal rationale and that’s what the author of the opinion starts to develop. Now he or she has to have five votes for that, but the author is essentially setting the rules that will be then used in other cases. The vote affects the outcome between the two individual litigants before the court at that time, but then the actual holding and how it’s explained in the opinion is what lower court judges then read and apply to subsequent disputes across America.”

Don’t forget to listen to this week’s episode. It drops this Thursday, May 9.

Jed Shugerman is a Fordham University Law Professor who has written extensively about Constitutional law and the independence of the judiciary branch. Follow him @jedshug for commentary and analysis of the latest legal issues making the headlines.