Trump has put us in a bind. Taking extreme, intransigent, and unprecedented positions and actions, the president has upended the political order, subverted democratic institutions, and created chaos. He has also, time after time, put his more measured and traditionalist political adversaries on the horns of a dilemma. The president’s opponents are forced to decide whether to take their own fight in unprecedented directions. Therein lies the conundrum: fighting fire with fire can leave the whole town charred.

We’ve seen even relatively temperate politicians and law enforcement officials contemplating extreme action, reacting to the various Trump-created crises that often leave traditional good faith moderate responses inadequate. Take, for example, the controversy over Trump’s intense efforts to conceal the substance of his conversations with Vladimir Putin. He has created enormous suspicion by, among other things, taking possession of the notes his interpreter took during a private meeting in Hamburg and instructing him not to discuss the meeting with even with the highest-ranking officials serving in his own administration.

Prudence and norms dictate assiduously looping top level diplomats, national security staff, and others, into conversations about sensitive discussions with foreign heads of state. Trump has, once again, violated a protocol that all previous presidents adhered to and adhered to for good reasons. Months have passed since Trump’s meeting with Putin in Helsinki, and no one has been able to learn what they discussed, even as Trump seems more and more beholden to Russian interests. In response, House Democrats are considering taking the extraordinary step of issuing subpoenas to the presidential interpreters, who were in some instances the sole witnesses to those conversations. No one thinks it’s a great way to proceed because it is not; it is another breach of norms. But Trump, by his own conduct, may force this unprecedented – though arguably necessary – step, which will have costs long into the future.

Or take the New York Times report that the FBI took the extraordinary step of opening a counterintelligence investigation into Trump after he fired James Comey, essentially asking an explosive question: Is Trump a Russian asset? That is unheard of, for good reason, and the propriety of such a step should be debated. People are raising legitimate concerns over the FBI’s move, questioning whether the bureau overstepped its authority in investigating the President as a potential risk to U.S. national security interests. This remarkable FBI action, if true, Trump arguably brought upon himself (and the nation) by engaging in a week-long series of erratic acts that made reasonable heads explode – he fired the FBI Director investigating his campaign, told Lester Holt “this Russia thing” was on his mind when he did it, and bragged about getting rid of the “nut job” to Russians in, of all places, the Oval Office.

Other examples abound. Trump does something outrageous; all moderate attempts to gain information or rein him in fail; extreme counter-measures come into play. We have seen it for two years, and we will see it for the next two. This response is not wrong, but one hopes that those in opposition to Trump’s worst conduct proceed responsibly, even if aggressively, with full consideration of the costs of fighting fire with fire.

And so I leave you with these words from Shakespeare’s King John, 1595:

Be stirring as the time; be fire with fire;
Threaten the threatener and outface the brow
Of bragging horror

This was the advice King John received from his nephew Philip (“The Bastard”), and as we know, it doesn’t end so well for the King (he was poisoned).

The confirmation hearings for Bill Barr, President Trump’s choice for Attorney General began yesterday and senators reconvened today to grill the nominee on a range of issues, including his independence from the president, views on executive power, and how he’d handle the Special Counsel’s investigation. In his opening remarks, Barr addressed the Mueller probe, saying this:

It is in the best interest of everyone — the president, Congress and, most importantly, the American people — that this matter be resolved by allowing the special counsel to complete his work. I will follow the special counsel regulations scrupulously and in good faith, and on my watch, Bob will be allowed to finish.

As the hearings continue, let’s look back to the first ever U.S. Attorney General, 36-year-old Edmund Jennings Randolph, who was appointed by George Washington in 1789 and served until 1794. According to historian Ron Chernow, Randolph, who previously served as Virginia’s governor and led the state’s delegation to the Constitutional Convention, had “chafed at this subordinate position.” In his Pulitzer Prize-winning book, “Washington: A Life,” Chernow writes:

The attorney general oversaw no department, causing him to gripe about his “mongrel” status. So little was expected of the first attorney general that he was encouraged to take outside clients to supplement his modest $1,500 salary. Jefferson [then Secretary of State] faulted Randolph as a weak, wavering man, calling him “the poorest chameleon I ever saw, having no color of his own and reflecting that nearest him.”

In January 1794, Randolph succeeded Thomas Jefferson as Secretary of State, but resigned from the position in August 1795 after Washington got wind, from Randolph’s political opponents, that he may have revealed confidential information and solicited a bribe from the French.

Here’s what happened: Randolph had opposed the Jay Treaty, a deal that would secure commercial ties with Great Britain. He opposed it on the basis that it would disrupt trade with neutral countries, particularly U.S. shipping to France. Washington was expected to endorse the treaty. In an effort to neutralize opposition to the deal, the British gave Randolph’s political opponents a document intercepted by the British Navy. It was a letter written by French Minister Jean Antoine Joseph Fauchet to his superiors, summarizing his conversations with Randolph. The Federalists in Washington’s cabinet argued that the letter showed Randolph’s contempt for the U.S. Washington confronted Randolph who immediately resigned. In “Washington: A Life,” Chernow writes:

With Edmund Randolph’s resignation, Washington began a long and dispiriting search for a successor. As with all appointments, he handled the correspondence himself without any apparent assistance from aides. A disillusioned Washington capitulated to the reality that he could no longer tolerate appointees “whose political tenets are adverse” to his own policies. He had had enough with gross disloyalty from his cabinet.

In awarding Chernow the 2011 Pulitzer Prize for “a distinguished and appropriately documented biography or autobiography by an American author,” the Pulitzer board described “Washington: A Life,” as “a sweeping, authoritative portrait of an iconic leader learning to master his private feelings in order to fulfill his public duties.” The biography is this week’s recommended read.

**CAFE Insider does not have affiliate relationships and receives no fees for the purchases of its recommendations.** 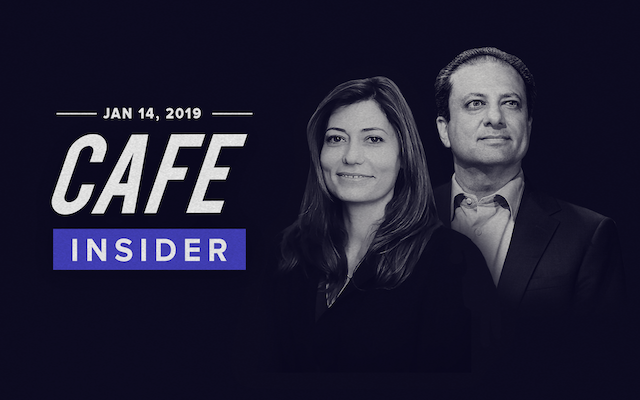 If you haven’t already, listen to the latest episode of the CAFE Insider podcast, “Is Trump a Russian Asset?”

Preet and Anne had, once again, a lot to discuss. These are the key takeaways from their conversation:

• On the Washington Post story that Trump concealed details of his meetings with Putin from senior administration officials: Because there were no reliable records of the conversations between Trump and Putin, administration officials had to rely on U.S. intelligence agency reports documenting the Russians’ reactions to the meetings. The parallel would be if Anne or Preet, in their capacity as heads of law enforcement agencies, had one-on-one meetings with a defense attorney for a high level target, and then refused to brief their senior staff on those conversations, leading the senior staff to call the defense attorney to learn the substance of what was discussed. Members of Congress have said they would subpoena Trump’s interpreters. This would be an extreme, but perhaps necessary, step that would set a concerning precedent. 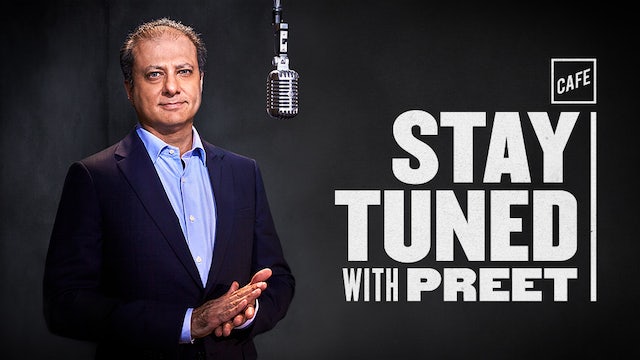 David Cohen is this week’s guest on Stay Tuned. He served as the Deputy Director of the CIA from 2015 until 2017, and earned the nickname ‘sanctions guru’ while he served at the Department of Treasury. Here’s a sneak peek at the interview which posts Thursday morning in your Stay Tuned feed.

• Cohen, on the concerns he’d have as CIA director about the president preventing people within his own administration from learning the details of his conversations with Putin: “I think it would be a very concerning situation. I think on two scores. One is, everybody would have the question of why is it that he wants this to be so secretive? Why does he want no one else to be in that room as he has this conversation? And the second is there’s a real intelligence loss if it’s just the president who’s in the room having the conversation with Putin. Even if he were going to try to read out that, whatever it was–a two hour conversation with Putin — as best he could, it’s impossible to do that sort of read out effectively. You want to have someone else in that room taking contemporaneous notes that can then be shared through the intelligence community because that is a very valuable source of information. [condensed and edited for clarity] 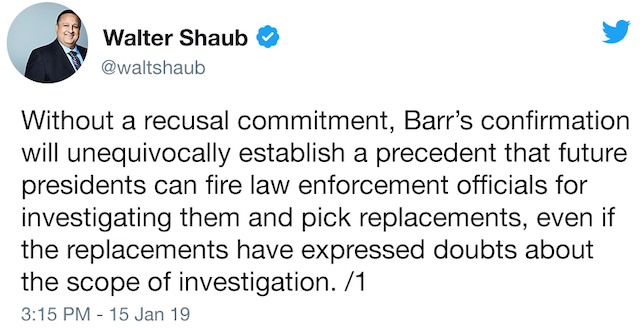 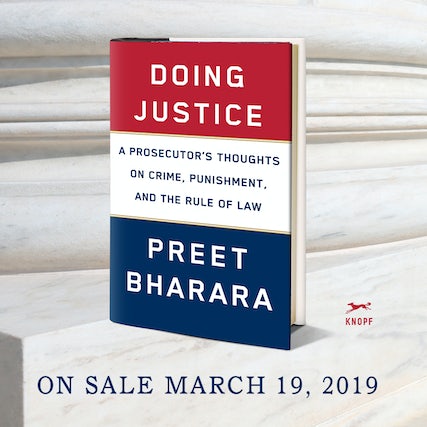 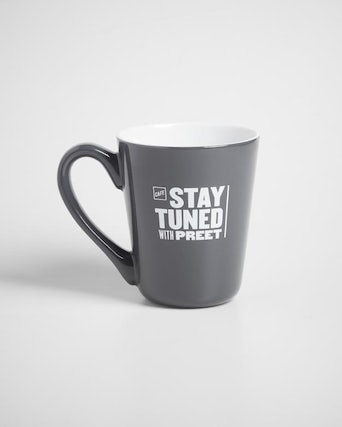 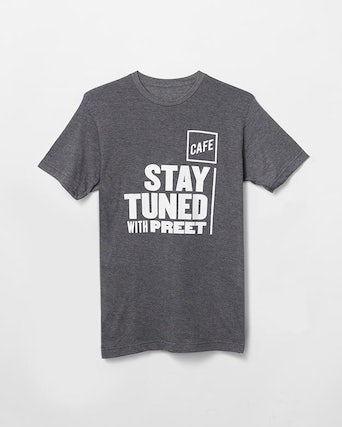 Get your Stay Tuned merch! Insiders get a a special 20% discount on their first purchase. Use code: INSIDER20