With Iowa and New Hampshire far in the rearview, the sagas of South Carolina and Nevada are next on the docket. While the GOP voted in the Palmetto State and Democrats flung their cards on the table in Nevada last weekend, the roles will be reversed this week. With the GOP voting Tuesday and the Dems voting Saturday, the big narratives going into these contests are if Bernie Sanders can conceal his alleged racism long enough to avoid a double digit loss, if Donald Trump will keep calling Jeb Bush’s house and hanging up now that he’s dropped out, and if John Kasich can pass a urine test.

Like I’ve done for previous contests, I wrote up my predictions for who’s going to win tonight and Saturday. And I’ve got a pretty good record so far: although I missed Clinton winning Nevada, I called the Iowa Caucus results, Kasich winning 2nd in New Hampshire, and Rubio taking 2nd in South Carolina. Follow along as I try to improve my already-winning record: 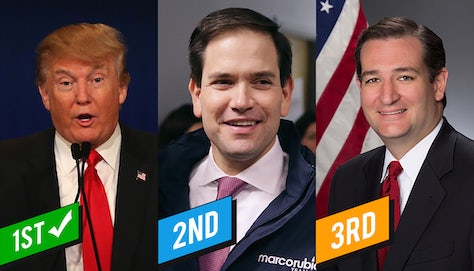 Make no mistake: Sin City, with its copious casinos and legal prostitution, is Trump Country. For years Nevadans have looked up in awe at the gilded exterior of Trump Hotel Las Vegas. These voters are impressed by 99-cent cocktails, loose slots, and the flashy magic of Criss Angel and David Copperfield. No one is better positioned to suck up their votes than the Donald, a hospitality industry titan and flashy stage magician who promises to saw Hillary in half and make Islam and non-whites “disappear.”

Marco Rubio will get a veritable “straight flush” with another commanding second place finish. While lacking Trump’s flashy veneer and ability to hold back tears during debates, Rubio’s alleged condom-free lifestyle will resonate with Nevada conservatives who desire a fiscal conservative who eschews even the pull-out method. With two straight second place finishes within 15 points of the winner, Rubio can now make the case that he is the presumptive nominee.

Ted Cruz has earned a reputation as a regular four-flusher thanks to his campaign’s dirty tricks in South Carolina. First his campaign recorded phone calls with a falsetto-voiced Rubio impersonator saying “I’m dropping out so I can take care of my illegitimate black child I had with John McCain. We’re gay now so don’t vote for me!”

Then Cruz released a photoshop of Rubio shaking hands with President Obama, crudely implying that the senator and president met at some point. The final straw came when Cruz’s since-fired communications director Rick Tyler released a doctored video showing Rubio criticizing the Bible. That low blow especially backfired, since most voters recognize that Rubio doesn’t have the intellectual heft to point out the Bible’s many inaccuracies. If anything, Cruz is the candidate Republicans would most expect to announce, “Actually, there is an argumentum ex silentio contained in 2 Kings, along with the classic argumentum ad baculum employed by most (feh) God-likers.” Nevadans hate a cheater, so look for them to punish Cruz at the caucuses tonight.

In the bust out section, the methadone-prescribed former governor John Kasich will roll snake eyes. Unable to capitalize on being the only governor remaining in the primaries, rumors have swirled about Kasich relapsing in South Carolina. Nevada voters see a shiftless car-hopper who stuffs buffet shrimp into his gym bag, not a future president.

Finally, Dr. Ben Carson has staked his campaign here on appealing to Nevada’s large Mormon population. One might assume Mormons are most susceptible to Carson’s appeal as a blind prophet reminiscent of Eli. But these voters are more interested in Rubio, who was for a brief period a Mormon in between his Catholic and Hare Krishna phases. It’s tough to see why Carson hangs on after a fourth or fifth place finish here, but my gut tells me he’s fulfilling a greater mission than to become President. If anything we should all be asking ourselves, “What does Ben Carson know about the future, and should we be afraid?” 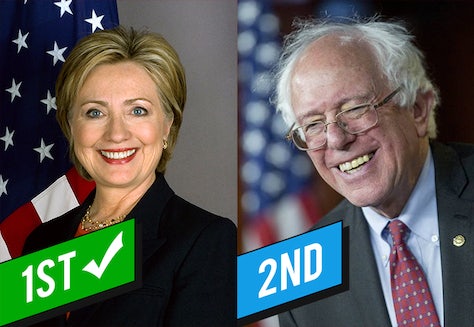 On Saturday, Hillary is poised for a blowout win in this first-in-the-South primary where African-Americans make up a majority of Democratic voters. We all know that Bernie has a problem with women voters, whom his supporters are paid to harass online, but he also loses black voters by even bigger margins. There are many reasons for this:

1.Bernie has an unfortunate habit of yelling “the blacks” in public like a racist uncle going off about baggy pants issues.

2. Bernie has badly misplayed his use of African-American surrogates. By dispatching a rapper named Killer Michael to denigrate Hillary’s uterus, the Sanders camp made this Michael seem like just another sexist. Even worse, Michael brags about visiting strip clubs after smoking illegal drugs.

3. Bernie’s vaunted Bernie Bro online harassment team is incapable of making inroads in what we political analysts call “black Twitter.” When Bernie supporters try to persuade people of color online they’re met with ridicule and memes of Kermit the Frog drinking tea. These frog memes are Hillary’s firewall in the South, and we have every indication that they’ll hold up on Saturday.

OK, that about does it. If you want to watch the results with me live to compare my picks with the inferior Nate Silver, follow @carl_diggler on Twitter, famo!