It’s often said that in politics, opportunity and necessity are half-brothers. Well, with rent prices continuing to rise in lockstep with the high cost of having a girlfriend, I have left my frankly unaffordable Park Slope studio apartment. That’s the necessity, but here’s the opportunity: Take a look at the news and you’ll see that with Mizzou and Yale, our campuses are overflowing with politics. As a 30-year veteran of political reporting, The Dig likes to be close to the story, and now I’m living right on top of it.

That’s right. After a magical life-changing night of Debate and Chill with my Tumblr girlfriend KweenTrashWytch✨✨, we have made the decision to move in together in her NYU dorm room. Having grown so close these past three days, this was the most logical conclusion for me both as a reporter and as a man.

The past 36 hours have been an absolute whirlwind. Let’s just say big things come in small packages. Yes, the living situation is a tad cramped, and we have to share it with one other person, but I wouldn’t trade my lonely old California King for the twin bed I now share with another warm body.

With the demands of college, my girlfriend had to leave me to my own devices on Sunday. While she was attending her seminar Postmodernism On MTV2; 2002-2005, I took to the good old quad. It was a walk down memory lane, evoking my days at Smith College when I was “Beer Run Carl.” From 11:00 AM to 11:55 AM, I took a grueling audit of what’s on millennials’ minds this election cycle.

Here are some young thought leaders I spoke to, and what they think about the current presidential election: 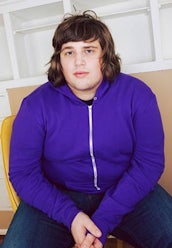 I encountered this student first. This large boy reminded me of my round son Colby, both in manner and fleeting impermanence. While he was very insistent about the name I called him (sorry kid, we have courts for that sort of thing), he provided a valuable insight to a subset of young people.

A: The Koreans are destroying at DotA but they get sponsorships. If I got those I’d be ranked, too. Besides, the weeks just sort of blend together during No Fap November.

A: Both of them are literally killing men. Do you notice how they don’t adhere to proportional bone law as men must, but still meet success in this world? Oh my God, are either of them taller than 5’8? Yes, imagine if a man was that height. That manlet wouldn’t even be hired to clean the toilets in the State Department.

Dig: [Chuckles.] What’s the hottest app that politicos need to look out for?

A: TwitchTV, specifically the BluntKronic1488 channel if you’d like to support young people expressing themselves creatively. 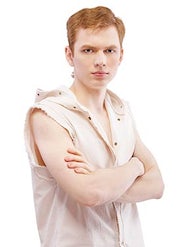 Imagine the surprise I felt seeing a coworker on campus! (Ed. note: You can read Marshall’s CAFE column here.)  I don’t think he recognized me at first, but after I flagged him down, he filled me in with what leftier ‘llenials are feeling.

A: Are you 50 billion years old? The proletariat lost as always.

Dig: How many Pinocchios does Bernie earn after his debate flop?

A: Don’t bring that name up around me. What is he, the left wing of the NSDAP? Ask him about his donations from the three largest firefighter unions in the country and then tell me how “progressive” he is.

Dig: Who’s one elected leader you and your friends look at and go “they’re on fleek”? 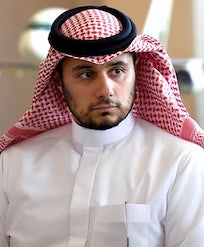 I saw this royal exchange student enjoying some hip-hop in his Bentley Continental, parked right at the center of campus.

A: This is obscene nonsense.

Dig: When you’re on your smartphone, are you peeping news or Snapping Chats?

Dig: As a foreign exchange student, whose foreign policy speaks to you more?

A: I would vote for a one-legged dog if he pledged to strike at the dogs in Tehran. Diplomatic immunity must be strengthened as well. I had to pay an absurd fine for striking a pedestrian the other day, as if that’s a crime. (It was even a woman!) But let’s tell the truth, voting makes no sense. 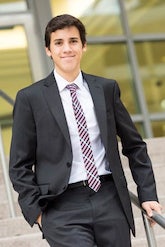 This natty student commanded both respect and attention! With his pocket square and roller backpack screaming, “respect me!” I just had to talk to him.

A: Abortionists, ”refugees,” perverts and other sickos.

Dig: What’s the most important thing to you as a young voter?

A: God, family, and pipe tobacco, but not necessarily in that order.

Dig: What candidate would you like to have a beer with the most?

A: Let’s be honest, Ted Cruz is just plain cool. My only condition is that he’d leave some ladies at the bar for me! Just kidding, he’s happily married.

Dig: With a smart attitude like that, I think you’re really going places. 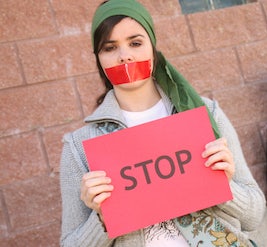 Exhausted by my work, I went into a campus coffee shop for a caffeine injection. However, a young lady approached. With her clipboard and oversized jacket, I immediately identified her as a campus activist.

A: That is not a question that means anything. You can’t come in here as a member of the media and just invade our space. This Think Coffee is off limits.

Dig: If someone gets your “like,” do they automatically get your vote?

A: What? Okay, if you’re really serious about printing an alternative point of view, I’m out here collecting signatures for a petition to the state legislature calling for strict carbon controls. We’re from a group called 350.org, which refers to the amount of CO2 and CO2-equivalent greenhouse gasses in parts per million that–

Dig: Great, okay! Thanks for your time! Bye!