Last week, while teaching a seminar to first-year students at Rutgers University, I was ranting about the madness of President Donald Trump openly calling for the prosecution and imprisonment of his perceived political enemies — Barack Obama, Joe Biden, and Hillary Clinton (yes — he’s still fixated on her, even four years and one electoral college win later).  Trump even told a reporter, “you’re a criminal for not reporting” on some manic grievance relating to Hunter Biden.  “You’re a criminal and the media for not reporting it,” Trump reiterated.  Imagine how this would work:  “Hello, media?  Yes, all of you, the entire media.  FBI here, open up.  You’re under arrest for not covering the Hunter Biden story.  You have the right to remain silent…”

And suddenly, as I looked at my students’ faces on Zoom, it hit me: they’re only 18 or 19 years old. Donald Trump has been president since they were 14 or 15.  They all remember the Obama administration from their elementary and middle school years, of course, but Trump is the first and thus far only president whose term they have been mature enough to really understand and digest.

So suddenly I pulled up, mid-tirade.  And I told them: I want you all to understand that this is not normal.  You may not realize that because you haven’t really seen any other president in action.  But please, understand: we are way off the rails here.

Throughout his tenure — and with increasing temerity in recent months — Trump has been a one-man Constitutional stress test.  Trump came into office as a renegade, an underdog, a guy who promised to stir things up in Washington DC.  That could have been a good thing; there’s a reason virtually every candidate, including those who are firmly entrenched political professionals, runs as an “outsider.”

Pushing the outer edges of our legal and political system is not inherently bad.  Like any institution, our Constitutional system can use a healthy questioning, a stretching, a re-thinking now and then.  But that’s not what Trump did.  He didn’t enlighten us with new ways of approaching our legal system, or challenge our staid assumptions with bold new ideas.  He just came in and smashed the hell out of everything.

No matter what happens on Tuesday, Trump will hold this distinction: more than any other president, he has made the crazy law school hypotheticals come to life.  Trump has done things that no prior president has dared to do, or even to consider.

Here’s just a partial list of those questions that Trump’s conduct has raised over the past four years.  Try to take each one, in isolation, and put yourself in the mindset you were in during any prior administration, of either party.  Imagine if Reagan tried this.  Imagine if Clinton, or Bush, or Obama, did that.  Pick your president of choice.  It’s become almost a cliche exercise at this point, but it resonates because it underscores just how far we have departed from our most fundamental norms.

Does the President have the absolute right to fire federal officials for any reason, including political self-protection?  (Remember Trump’s firing of James Comey and his effort to fire special counsel Robert Mueller; seems like a lifetime ago).  This one has come up before, with Richard Nixon.  And, of course, we thought the Nixon scandal had put this one to bed.  Alas.

Can the president categorically defy Congressional oversight, without consequences?  “We’re fighting all the subpoenas,” Trump announced in the aftermath of the Mueller report.  Every administration has tangled with Congress on oversight issues, but none has put up a categorical stop sign like Trump has done.  And, with an assist from DOJ and the slow-moving federal courts, he’s largely gotten away with it.

Can the President dangle pardons in an effort to keep potential witnesses against him silent?  Mueller found substantial evidence that Trump did exactly this with respect to Michael Flynn, Michael Cohen, and Paul Manafort.  Again: no consequences, to date.

Can the Senate discharge its duty to try an impeachment case if it calls no witnesses and takes no new evidence?  (Somehow, the evidence-free Senate impeachment trial happened this year, 2020).

Is there any practical way to stop a presidential administration from flouting the Hatch Act?  (Recall the Republican National Convention, staged live on the White House lawn and the National Mall).

If the president openly defies the Emoluments Clause, and makes money from state actors through his private holdings while in office, what happens?  (We still have a live lawsuit that seems stuck in a kink in the space-time continuum).

Is it now acceptable for presidents to hire their own children and in-laws to serve in senior White House positions despite the law prohibiting nepotism in hiring of agency heads?  (Looking at you, Jared and Ivanka; nice Times Square billboard, by the way).

What happens if the president is alive but unable to serve?  (This one came about first because of questions about Trump’s mental state and later when he contracted Covid-19 and then was airlifted to Walter Reed Medical Center).

The list goes on.  But note the common thread here.  Trump’s behavior has never been about some worldview, some ideology.  It’s always — always — about Trump’s self-promotion or self-protection.

Win or lose, Trump likely will raise even more, and potentially more dangerous, challenges to our system of laws and norms after Election Day.  Can the president pardon himself?  Can he fire the FBI Director or other top officials, for any reason whatsoever?  Most ominously, how far can he push an effort to contest election results?  And what if he loses but simply refuses to concede?

Here’s the good news.  Our Constitutional system, though far from perfect, is remarkably resilient.  It has survived Trump thus far — not without sustaining serious damage, to be sure, but it has survived.  And it will survive even if he wins the election and serves another four years.

Yes, we will need to do a serious collective reckoning when Trump is done.  The next administration, whether it takes office in January 2021 or 2025, must find the sweet spot between getting bogged down fixing the countless messes Trump will leave behind (on the one hand) and pretending nothing happened and blithely moving along (on the other).  We have departed too far from our core principles, and it is essential that we remind ourselves of what we used to be, and will be again.

Remember: there is an entire generation of young people, like my students at Rutgers, who have known no Administration other than the current one, through pure accident of timing.  Trump may be the only president they have seen in action, but they also need to know how aberrant his tenure has been.  This election is at once an opportunity to demand accountability; to appreciate the resiliency of our Constitutional system of laws and norms; and to remind ourselves that we can not accept the excesses and abuses of the last four years as the new normal. 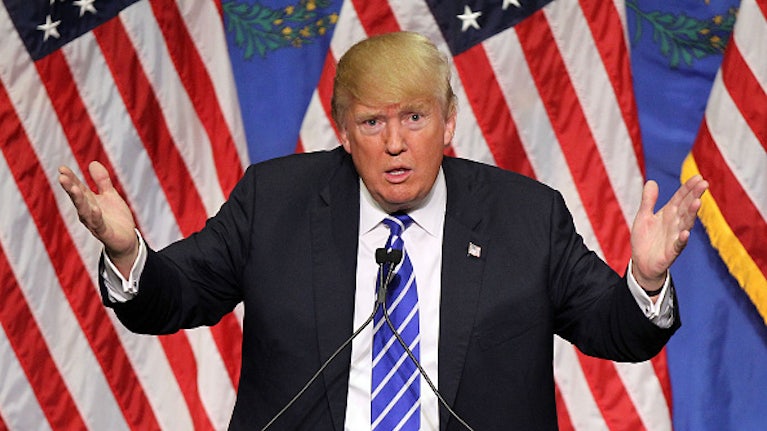 Note From Elie: We’ve Been Off The Rails