This week, former United States Attorney for the Northern District of Alabama Joyce Vance joins Preet Bharara and Anne Milgram on a new episode of the CAFE Insider podcast. In this sample from the show, Preet, Anne, and Joyce react to reports that President Trump considered appointing Sidney Powell as special counsel to probe election fraud.

In the full episode, Preet, Anne, and Joyce discuss Deputy Attorney General Jeff Rosen’s record, the massive cyberattack targeting the U.S. government that was allegedly orchestrated by Russia, and the Supreme Court decision on the Trump administration’s policy to exclude unauthorized immigrants from the census.

To listen to the full episode and get access to all exclusive CAFE Insider content, including audio notes from Preet and Elie Honig and the United Security and Cyber Space podcasts, try out the membership free for two weeks: www.cafe.com/insider 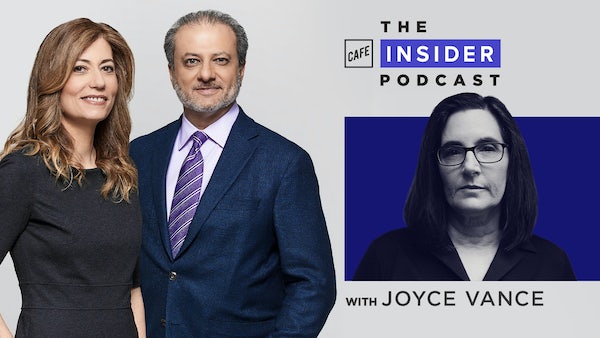 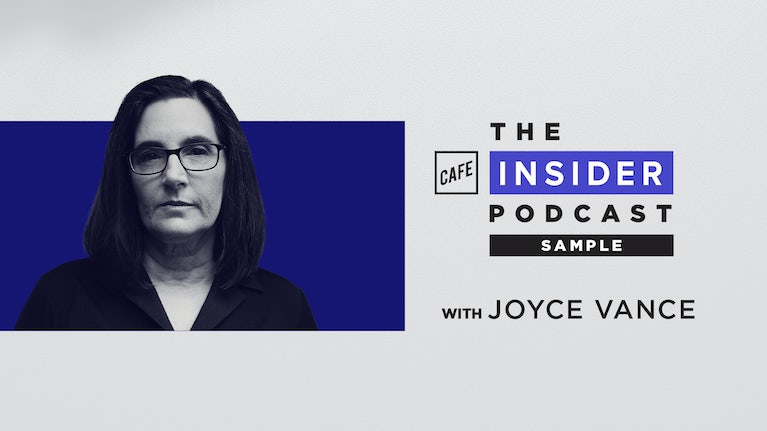