Politics can be a deathly serious thing sometimes, what with people winning and losing weeks at the drop of the hat. But during the holidays, that’s when people come down from their side of the aisle, get a big glass of eggnog or holiday punch, and laugh about the year that was. In the tradition of Tip O’Neill and Ronald Reagan, I thought I’d give us some nonpartisan laughs as we go back through an old Dig tradition, The Whoppers of the Year! These are awarded the silliest, most outrageous, brain tickling gaffes, flubs, and screwups of the last 365 days. I hope you all brought your hands, cause there are some kneeslappers coming in hot! 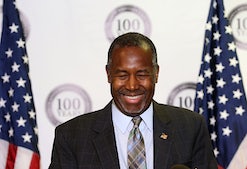 Wow, is this guy a brain surgeon, or is he in need of brain surgery? Dr. Carson’s long string of puzzling mistruths came out this year, from his allegedly false claims of attempting to stab someone, to his “most honest student” prize at Yale. Hey Ben, consider filing your next autobiography in the fiction section! 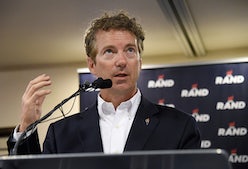 Rand, you barely-human creep, you are a slithering, awful creature and if evolution tells us anything, God has rightfully kept you from passing down your sick ideology or hideous physical traits. Just tell us where you and your wife bought these kids, you big goober! 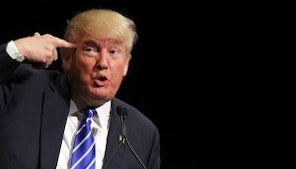 I can’t pick just one! Maybe the time he called Jeb Bush a “loser.” Or how about his simply epic night hosting SNL? Or the time he called for the complete ethnic cleansing of all border states and called for all Muslims to be barred from entering America? My personal favorite, of course, is when he said Rand Paul is a “clown” and a “lousy golfer.” One thing’s for sure, no matter which “The Donald” line cracked you up this year, he had no shortage when it came to doling out the LOLs. 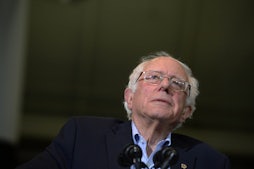 I for one could not stop laughing when the November 13 Paris terrorist attack shifted the narrative of the primary and left old Bernie and his economic “blame everyone else” strategy out in the cold. It was a moment worthy of National Lampoon when blood filled the streets of Paris and Bernie scratched his bald head, wondering how he could possibly relate this to Glass Steagall. Better luck next time, Senator! 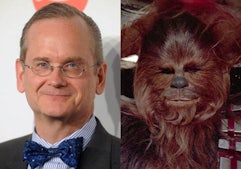 How’s the view from the bottom, you small-glasses wearing cretinous, Chewbacca-like sack of dung? LOL

Well, that about does it. I’m off to take on some Michelobs at the National Journal’s New Year’s Eve Extravaganza, and hopefully catch the scheduled performance by Darius Rucker. Just don’t tell CAFE. Be good, and see you all in the next year!