“First, do no harm.” So goes the Hippocratic Oath, the creed of health care professionals.

For police officers, perhaps the motto should be, “First, do no escalation.”

This credo was proposed recently by a colleague who directs a criminal justice program, and I think he may be on to something.

In recent weeks, we have seen a video recording of white police officers in Virginia pointing guns and shouting at a Black uniformed Army officer during a traffic stop, demanding that he lie on the ground and threatening him with execution. The motorist’s offense? Driving without a license plate on his SUV.

And of course, we have all seen the video recordings of the tragic death of George Floyd under the knee of Derek Chauvin, who was convicted last week of second-degree murder for using excessive force. Floyd’s alleged offense was passing a counterfeit $20 bill, perhaps unwittingly.

In each of those incidents, the police officers who arrived on the scene escalated the encounter through some combination of guns, threats, shouts, profanity and physical force. Their conduct directly contradicts the training of most police officers to use strategies to de-escalate the tension in their encounters in hopes of a peaceful resolution.

Why would officers ever engage in conduct that is inconsistent with their training? I think it all comes down to the culture in some police departments, or what has been described as the “warrior” mindset. In its 2015 report, President Obama’s Task Force on 21st Century Policing made a number of recommendations for improvements. One of the proposed reforms was for police departments to reject the warrior mindset and instead adopt a “guardian” culture. Warriors conquer, guardians protect.

It is easy to imagine how the warrior mindset develops. Police officers are often the first to the site of a fatal car crash, a bloody murder scene or a home where children have been subjected to violence. When police officers encounter citizens who are engaged in criminal activity, they do not typically receive a warm reception. Officers learn to expect verbal abuse and physical attacks. Some have even seen colleagues lose their lives. In a country with an abundance of guns, a police officer reasonably fears for his life every time he stops a car. After years of trauma, some officers may be inclined to develop an us-vs-them attitude. Better to be convicted by 12 than carried by six, as the saying goes.

But the consequence of the warrior mentality is the opposite of de-escalation, a widely recognized police tactic designed to reduce tensions by calming a suspect rather than aggravating him. Officers with a warrior mentality may use words like “obey,” “command” and “control,” which may end up accelerating a confrontation.

A different approach is being taken by my colleague, Dr. Donald Shelton, who is working to foster a guardian culture among police officers. He runs a program called Alternatives to Violent Force at the University of Michigan-Dearborn. There, active duty police officers undergo training that focuses on two factors: discretion and empathy. Recognizing that officers have enormous discretion to make decisions on the streets, the program emphasizes the importance of exercising police authority with restraint. Officers are encouraged to use critical thinking and problem solving skills before resorting to physical force.

As for empathy, officers are asked to put themselves in the shoes of the people they encounter, including those who may have experienced unpleasant interactions with police officers in the past or those who are suffering from addiction, struggling with mental health issues, or experiencing a crisis. People with different lived experiences may view a situation differently from the rest of us. With the responsible use of discretion and empathy, police officers can calm aggressive or violent behavior, so that everyone can safely walk away from the encounter, even if one of them is in handcuffs.

Of course, sometimes it is necessary for police to use force, even lethal force. Police work can be incredibly challenging and sometimes dangerous. Officers are often overworked and underpaid, and many experience trauma without adequate resources devoted to their wellness. But with the privilege of wearing a badge comes the responsibility to protect and serve. To do no escalation.

The Task Force on 21st Century Policing also recognized the importance of de-escalation at a macro level for law enforcement. In addition to encouraging officers on the streets to reduce tensions during encounters with individual suspects, policy makers need to be mindful of the effect crime-fighting strategies have on the communities they serve. As we think about criminal justice policies, such as harsh mandatory minimum sentences in drug cases or cash bail systems, we need to consider not only the direct consequences of the policies on the accused and the victims, but also their long-term effects on the legitimacy of the criminal justice system in the eyes of the public. When we raise the stakes for criminal conduct, we are escalating the situations into which we are putting police officers. While certainly serious crimes require significant penalties, we must ensure that the collateral consequences of our policies are not worse than the crimes themselves. In other words, we need to de-escalate systems as well as incidents.

Holding officers accountable when they abuse their authority is an important first step to improving policing in America, but focusing solely on the so-called “bad apples” misses the larger point about police culture. To make lasting change, we need to foster the guardian mindset over the warrior mentality. Transforming warriors into guardians would reduce the needless deaths and betrayal of trust that comes with fatal police encounters. While we can have a valid debate on whether to reallocate resources from police to community services, an investment in helping transform police officers into guardians of their communities would reap great benefits. And one step toward this goal is absolutely free — the adoption of an oath to first, do no escalation. 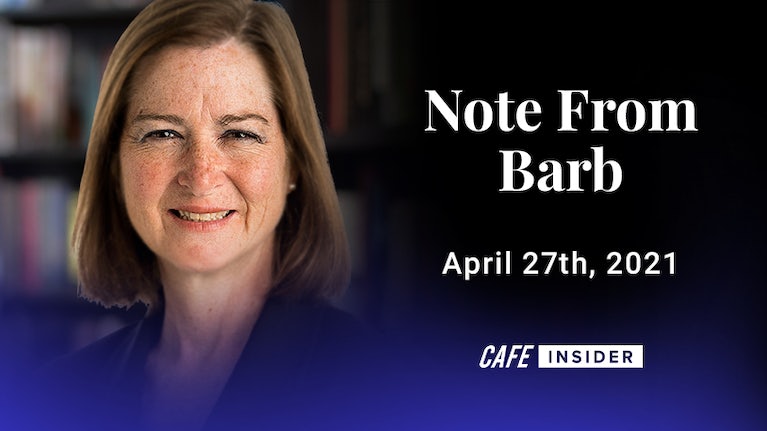 Note from Barb: First, Do No Escalation