CAFE’s mission is to better inform the public about the most critical issues of our time by exploring how law and justice intersect with politics, national security, business, technology, and ultimately, every aspect of our society. 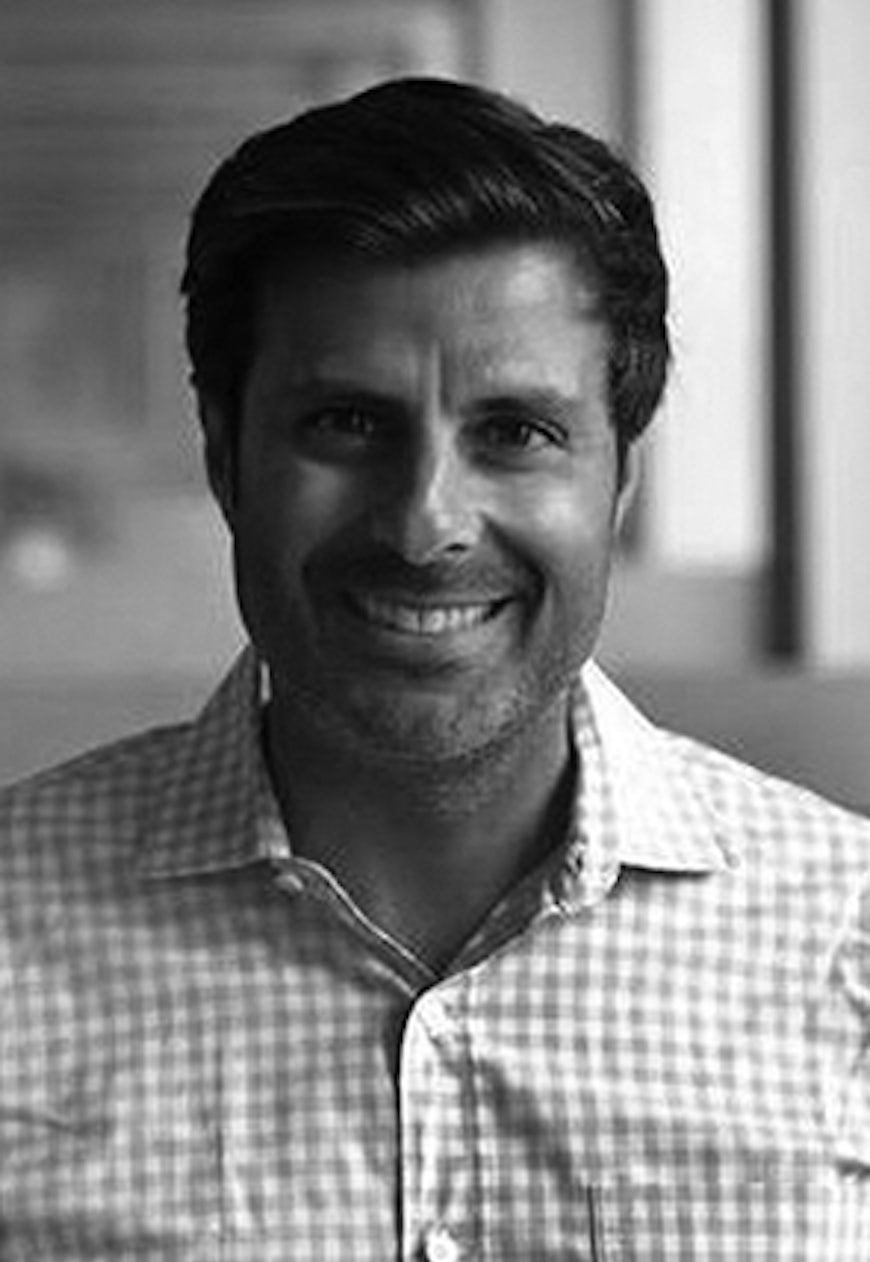 Vinit Bharara is the CEO and co-founder of CAFE Studios and the CEO and founder of Some Spider Studios. A serial entrepreneur, he previously co-founded, with Marc Lore, the online retailer Quidsi, the parent company of diapers.com, which Amazon acquired in 2011. A graduate of Columbia University School of Law, early in his career Vinit helped draft a historic distribution plan for the $1.25 billion settlement reached in the lawsuits initiated by Holocaust victims against Swiss banks. He went on to co-found The Pit, which was sold to The Topps Company, the leading manufacturer of sports trading cards and novelty confectionery, where he assumed the role of General Counsel. 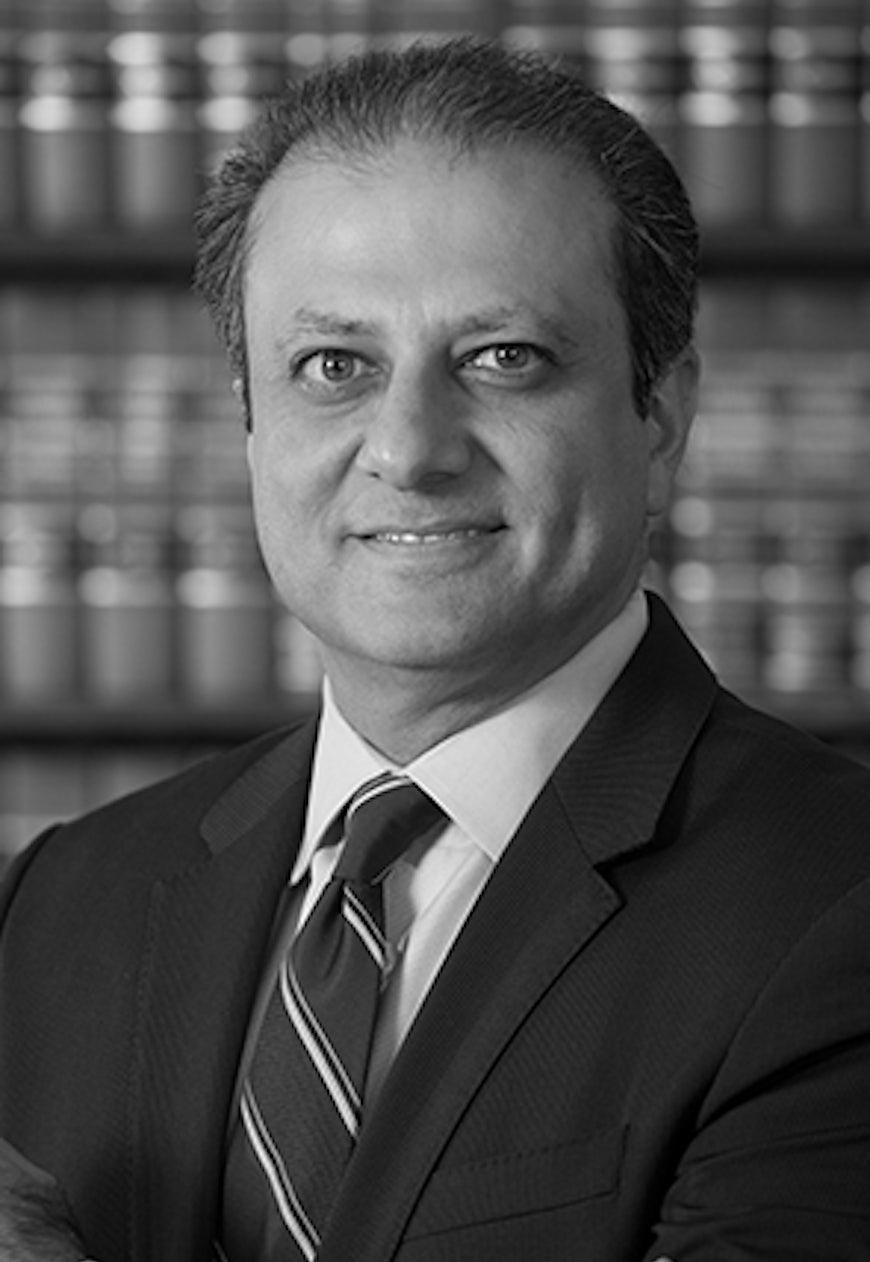 Preet Bharara is the co-founder of CAFE Studios, host of the award-winning podcast Stay Tuned with Preet, and co-host of the CAFE Insider podcast. He also writes the weekly Note from Preet column. Preet served as the U.S. Attorney for the Southern District of New York from 2009 to 2017, during which time he was featured on the cover of TIME magazine and appeared on its list of “100 Most Influential People in the World.” He previously served as Chief Counsel and Staff Director of the Senate Judiciary Committee’s Subcommittee on Administrative Oversight and the Courts. Preet is the author of the New York Times best-selling book, Doing Justice: A Prosecutor’s Thoughts on Crime, Punishment, and the Rule of Law. He is also currently a distinguished scholar in residence at New York University School of Law and a Senior Legal Analyst at CNN. 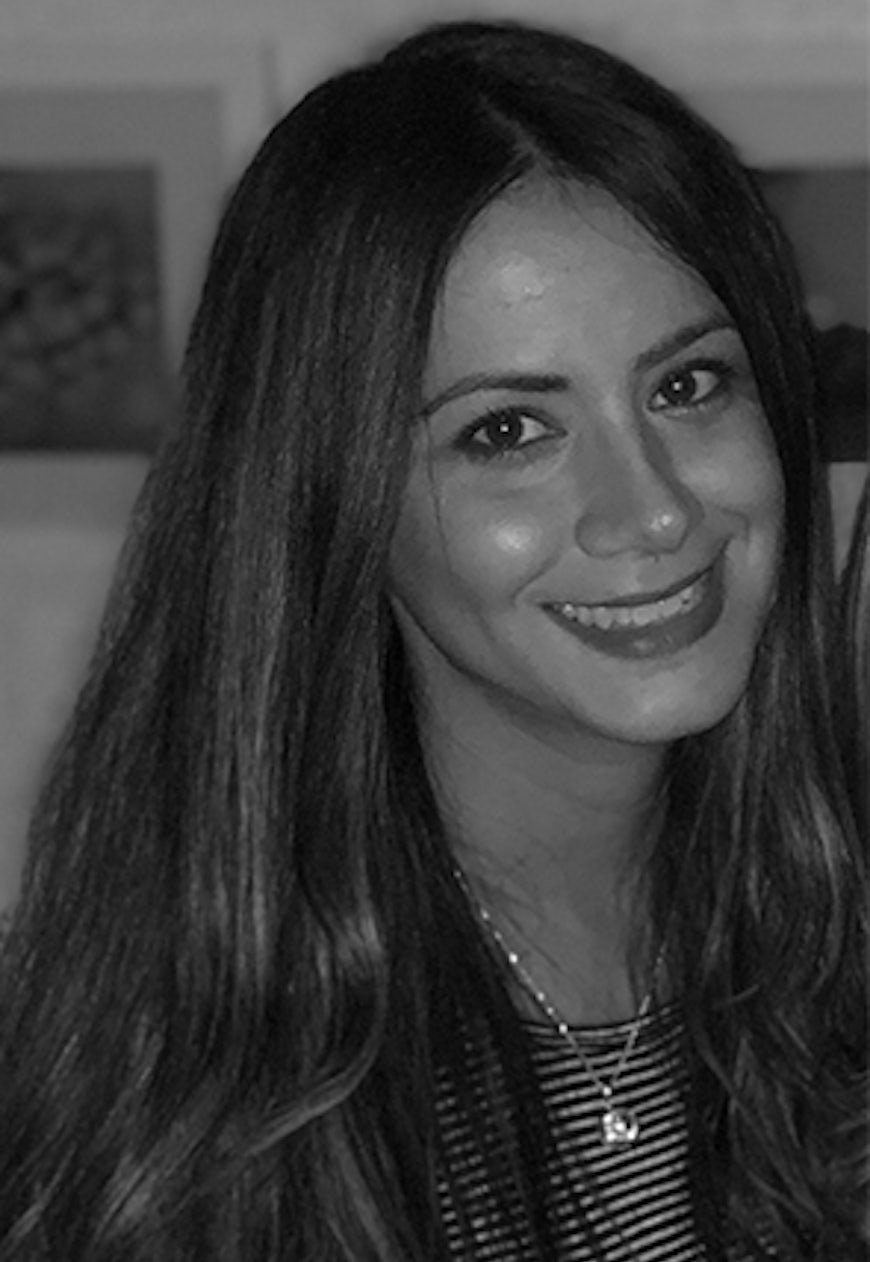 Tamara Sepper is the Chief Content & Development Officer, Executive Producer, and Editor-in-Chief at CAFE Studios. An attorney and an Emmy and Peabody award-winning journalist, she was previously a Producer at the PBS program “Charlie Rose,” where she produced more than 500 interviews, and served as an Assistant District Attorney in the trials bureau of the Brooklyn District Attorney’s Office. 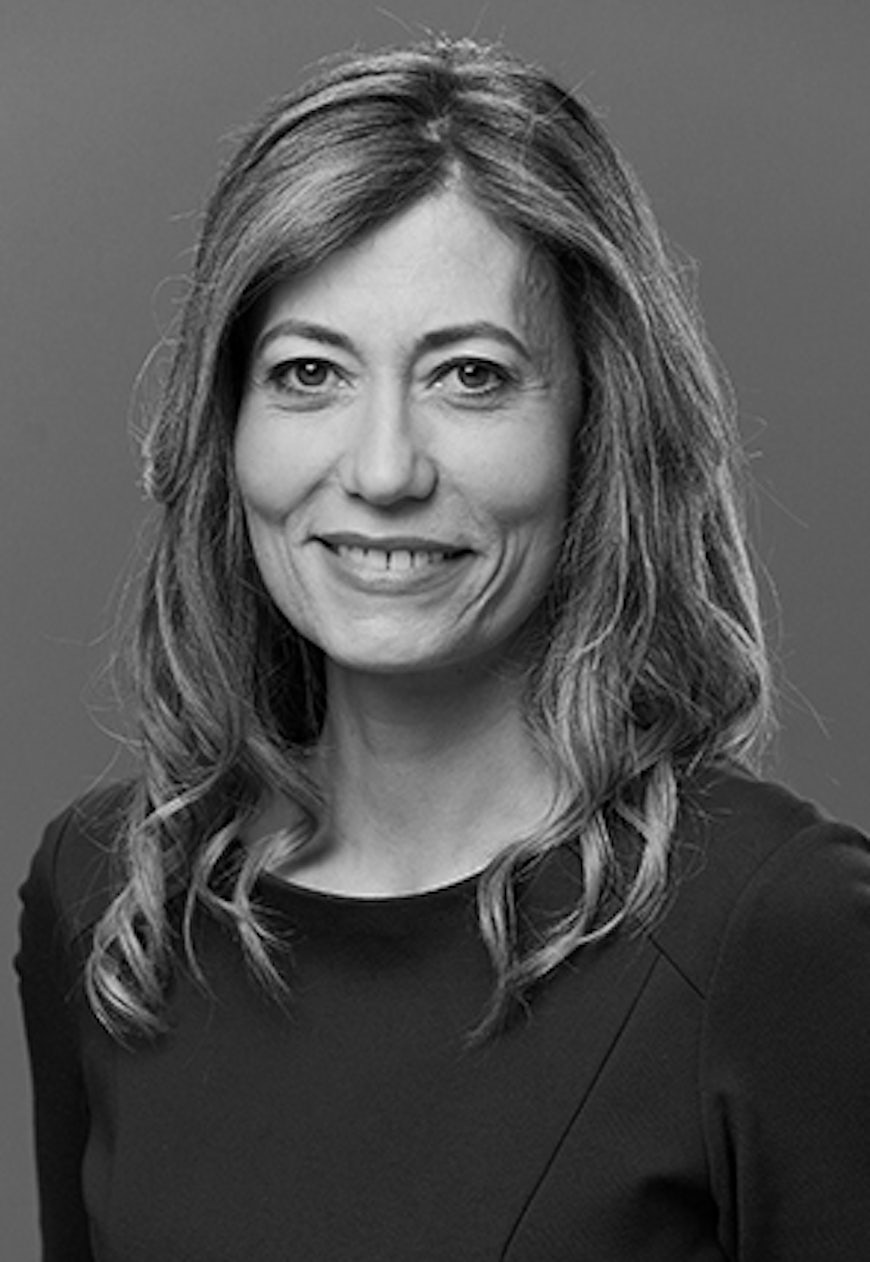 Anne Milgram is the co-host of the CAFE Insider podcast. From 2007 to 2010, Anne served as New Jersey’s Attorney General, overseeing all state and county prosecutors and more than 30,000 local law enforcement officers state wide. In that role, she reformed the Camden Police Department, now widely regarded as a national model for effective policing. Earlier in her career, Anne was Special Litigation Counsel focused on human trafficking crimes at the Department of Justice. She began her career as an Assistant District Attorney in the Manhattan District Attorney’s Office. She is currently Special Counsel at Lowestein Sandler and also a professor and distinguished scholar at New York University School of Law. 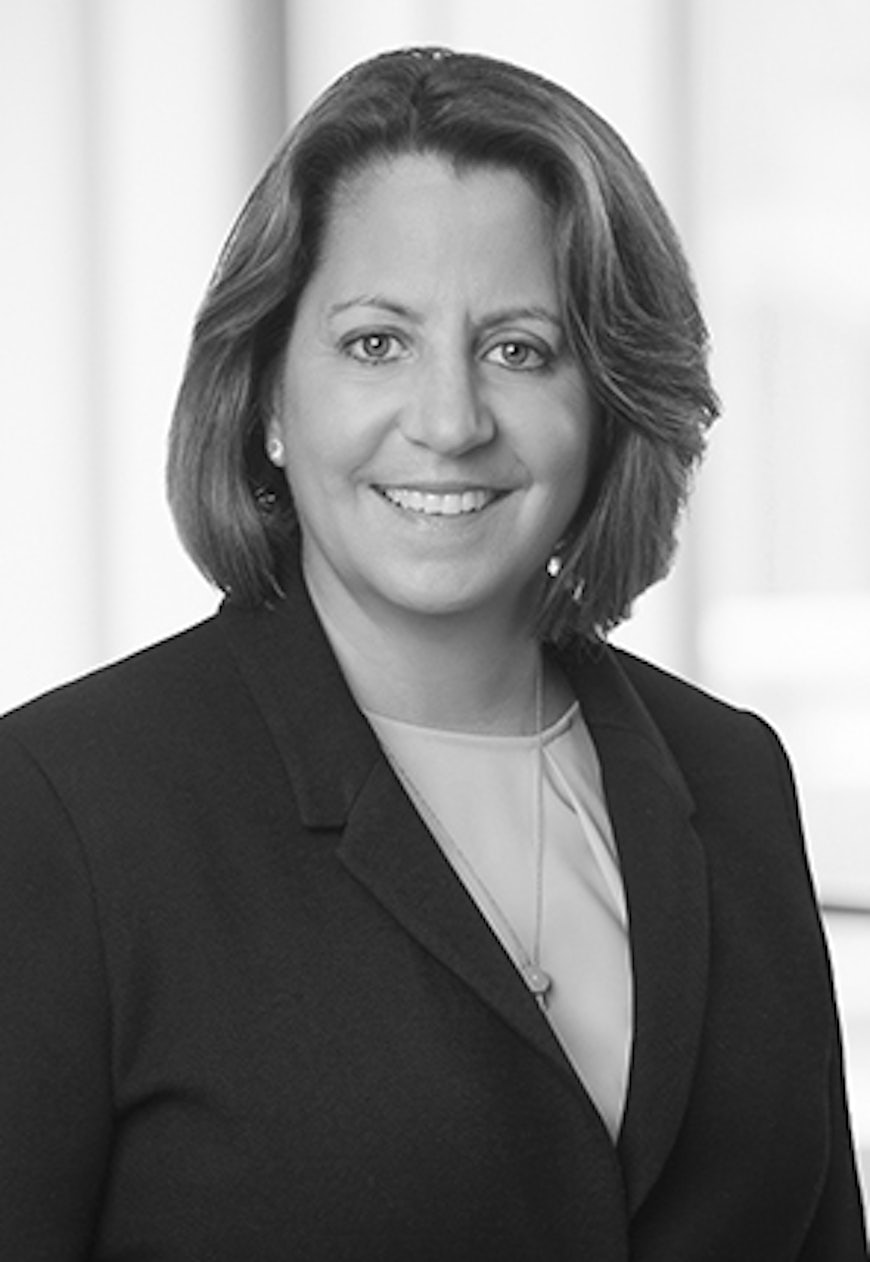 Lisa Monaco is the co-host of the United Security podcast. She served as Assistant to the President on Homeland Security and Counterterrorism during the Obama administration. She was previously counsel and Chief of Staff to then-FBI Director Robert Mueller and served as the Principal Associate Deputy Attorney General at the Justice Department. In 2011, Lisa became the first woman to serve as the chief of the National Security Division at the DOJ. Earlier in her career, she served as an Assistant United States Attorney in the District of Columbia and served on the Enron Task Force. She’s currently a partner at O’Melveny where she co-chairs the firm’s Data Security and Privacy group. 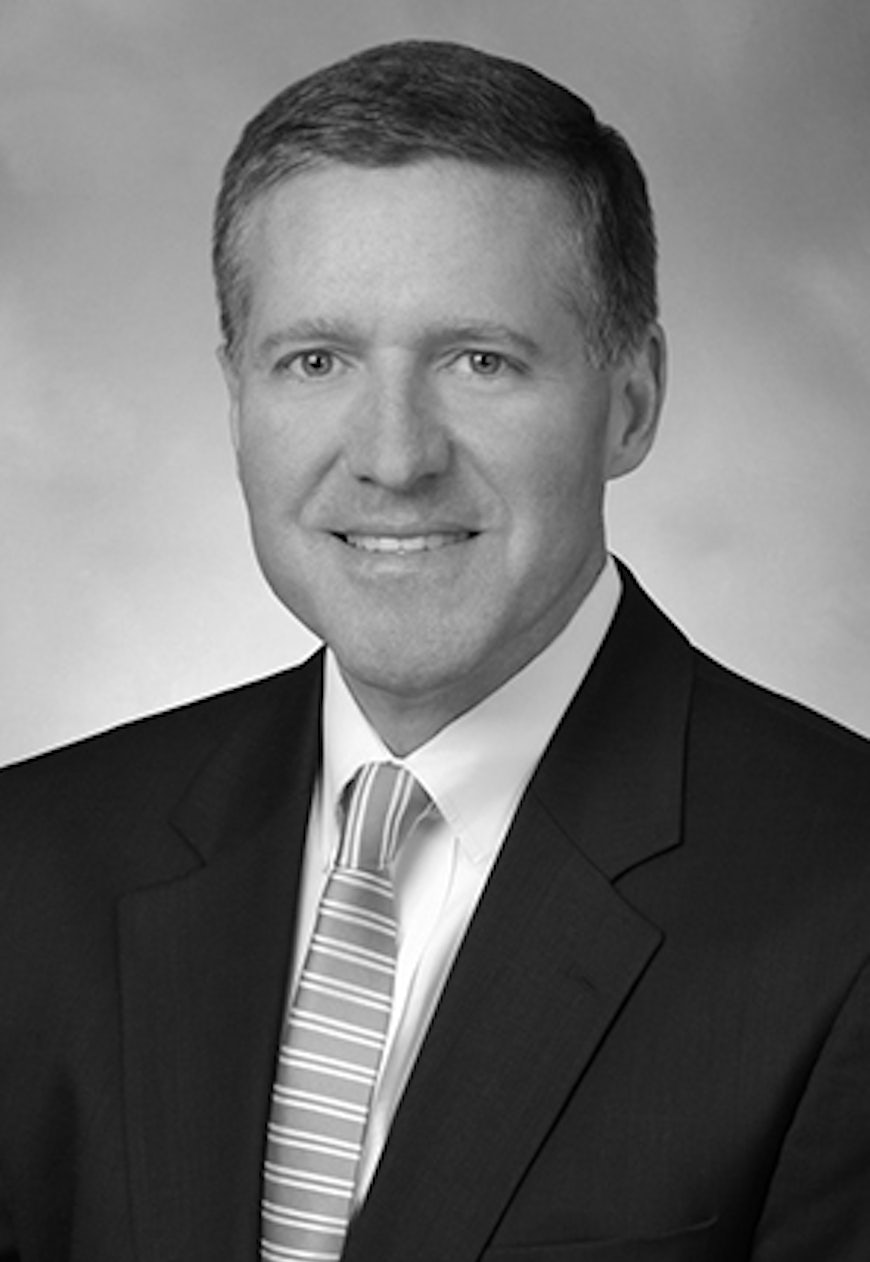 Ken Wainstein is the co-host of the United Security podcast. He served as Homeland Security Adviser to President George W. Bush. In 2006, he became the first ever Assistant Attorney General for the Justice Department’s newly formed National Security Division. Ken previously served as the U.S. Attorney in Washington D.C. and prior to that, as Chief of Staff to then-FBI Director Robert Mueller and as General Counsel at the FBI. Earlier in his career, Ken served as an Assistant U.S. Attorney at both the Southern District of New York and the District of Columbia. He is currently a partner at Davis Polk. 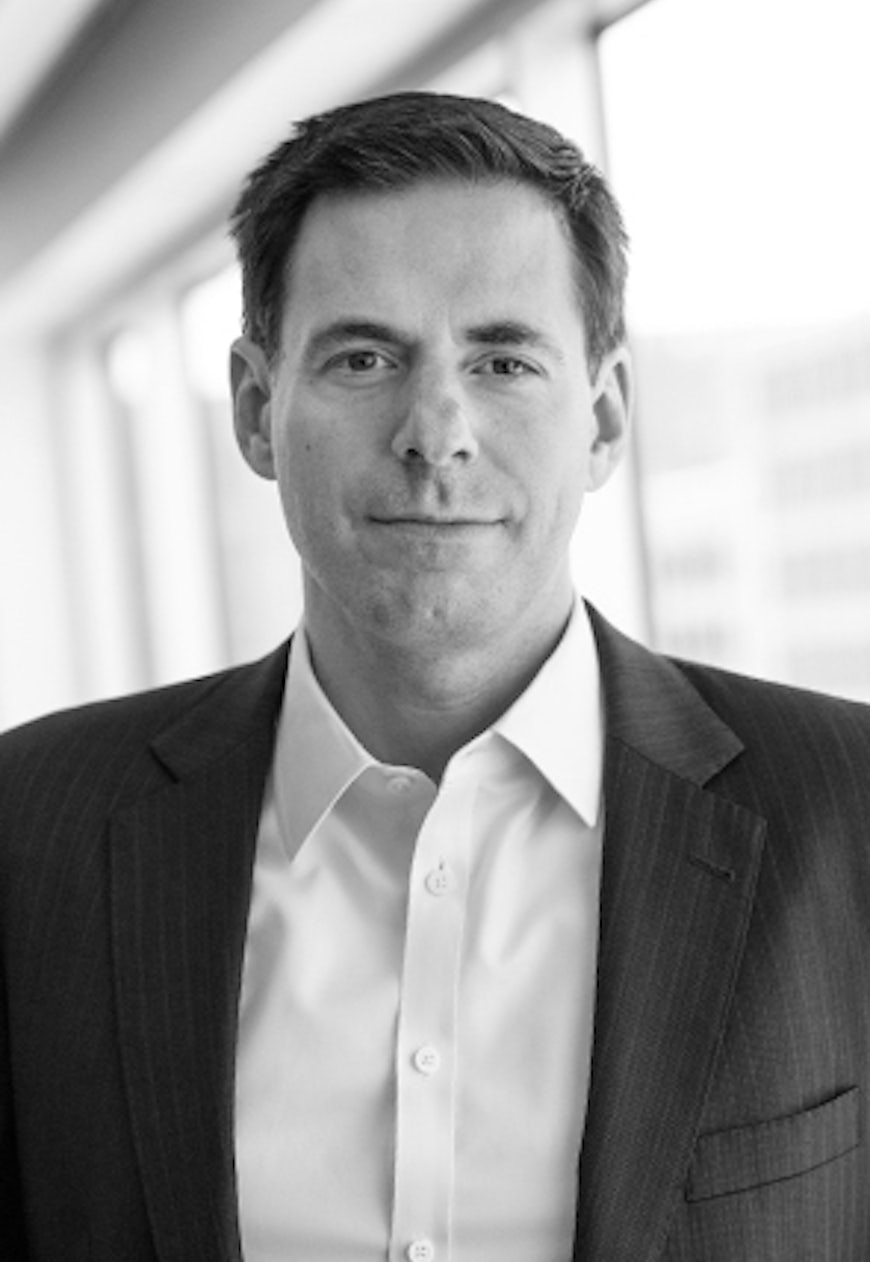 John Carlin is the host of the Cyber Space podcast. He served as the Assistant Attorney General of the Justice Department’s National Security Division during the Obama administration and as Chief of Staff to then-FBI Director Robert Mueller. He previously served as DOJ’s National Coordinator for the Computer Hacking and Intellectual Property Program and as an Assistant U.S. Attorney for the District of Columbia. He’s currently a partner at Morrison & Foerster, where he chairs the firm’s Global Risk and Crisis Management practice group, and chair of the Aspen Institute’s Cyber & Technology Program. John is the author of Dawn of the Code War. 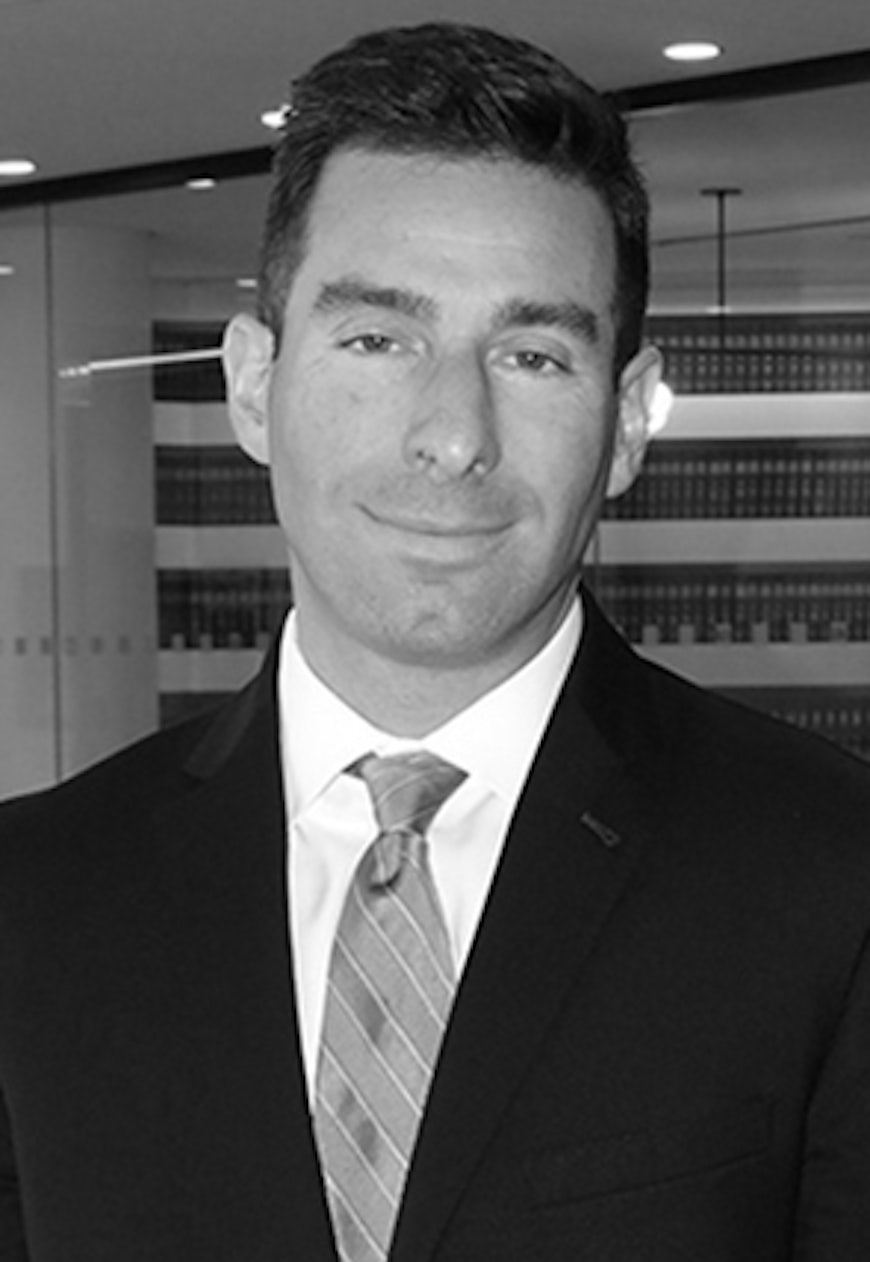 Elie Honig is a contributor to CAFE and writes the weekly Note From Elie column featured in the CAFE Brief newsletter. He served as an Assistant U.S. Attorney and co-chief of the organized crime unit at the Southern District of New York where he prosecuted more than 100 mobsters, including members of La Cosa Nostra, and the Gambino and Genovese crime families. He went on to serve as Director of the Department of Law and Public Safety at New Jersey Division of Criminal Justice. He is currently Special Counsel at Lowestein Sandler and a CNN Legal Analyst. 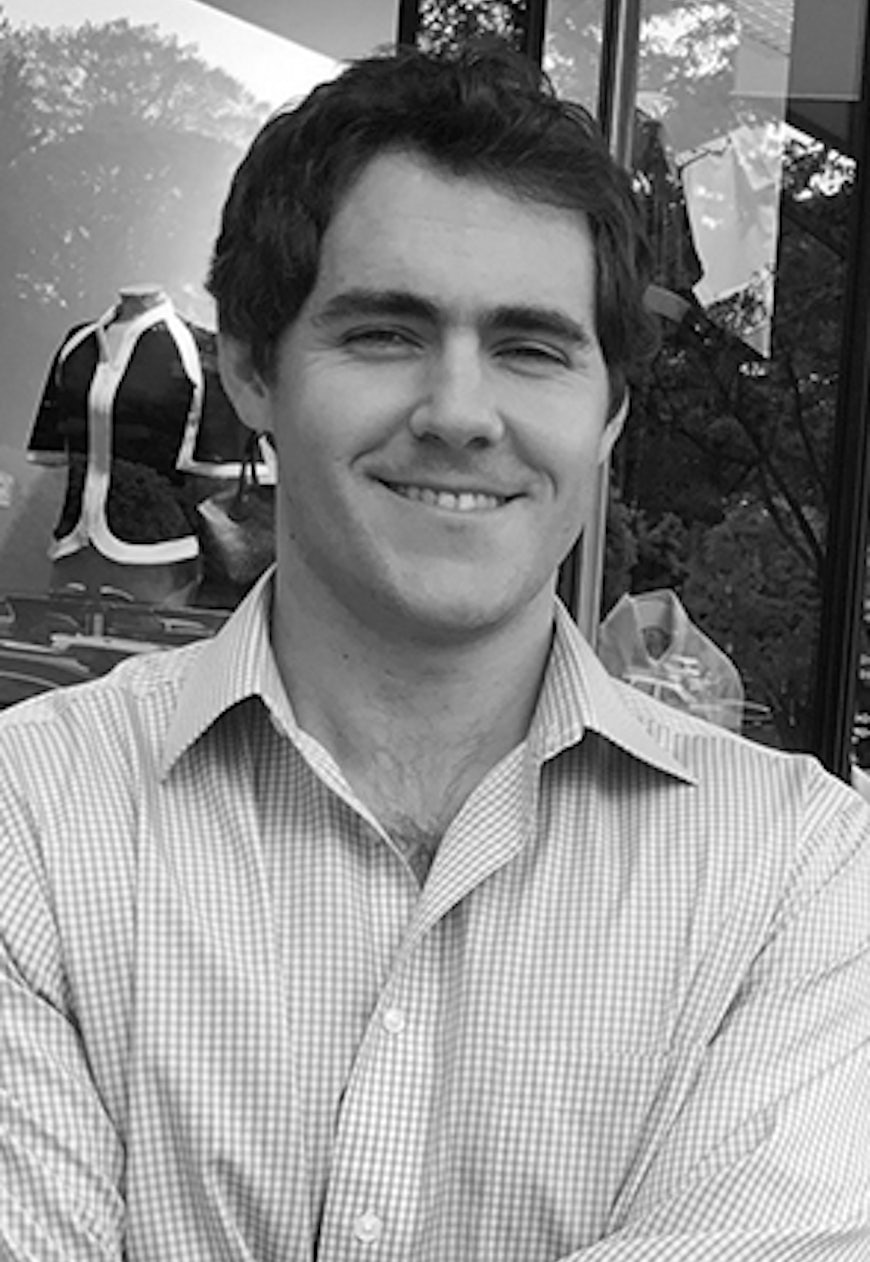 Adam Waller is the Senior Editorial Producer at CAFE Studios. He was previously the NYC producer for the NPR national talk show “On Point,” a production of WBUR in Boston. He began his career at the PBS program “Charlie Rose” where he was a senior producer, focusing on business, politics and sports. 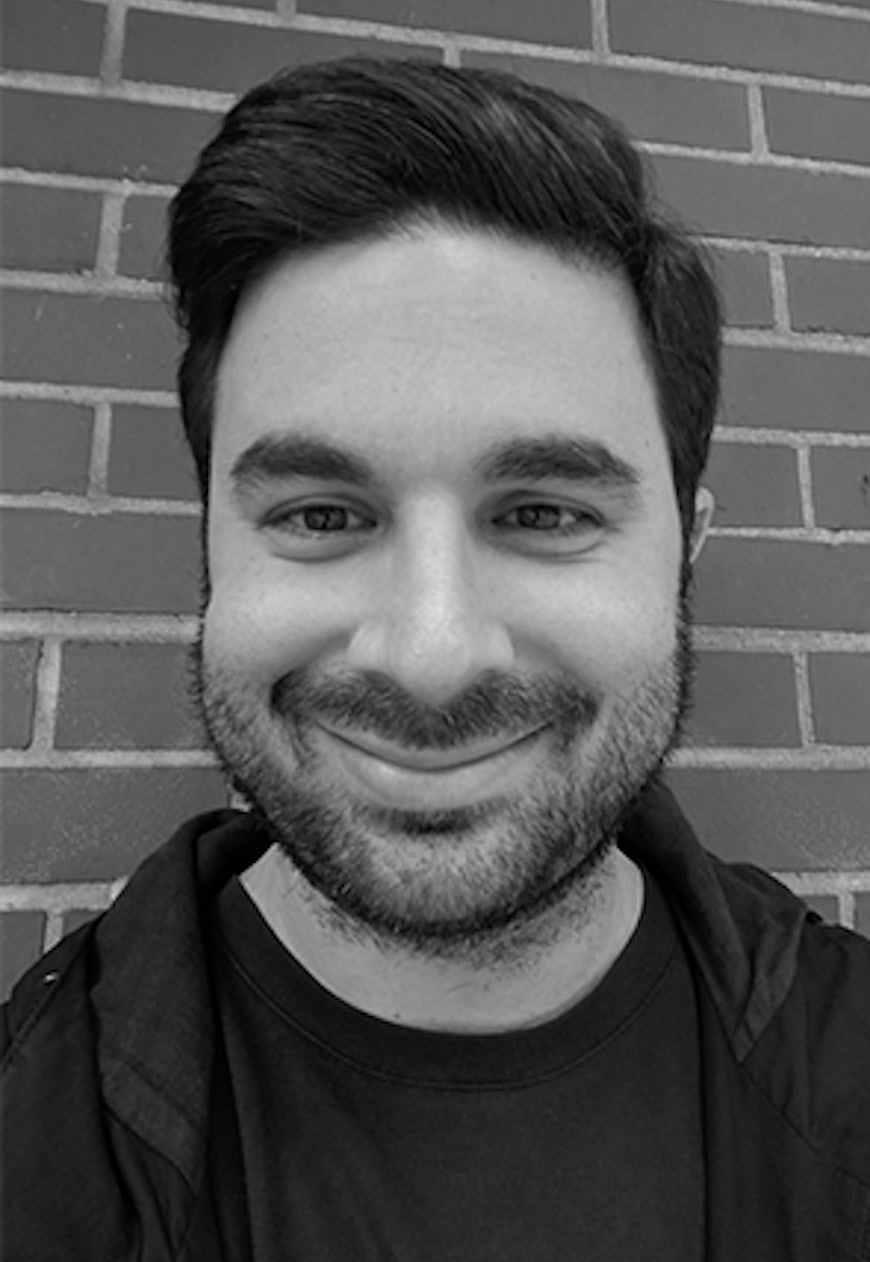 David Tatasciore is the Senior Audio Producer at CAFE Studios. Beginning his career as an engineer at the respected Ivory Productions studios near Philadelphia, he cultivated a passion for all things audio – from recording and mixing bands to producing sonically rich stories for radio and podcasts. David has since worked as a sound designer for film and TV, as well as scripted audio fiction, and has mixed and mastered records for a number of electronic musicians. 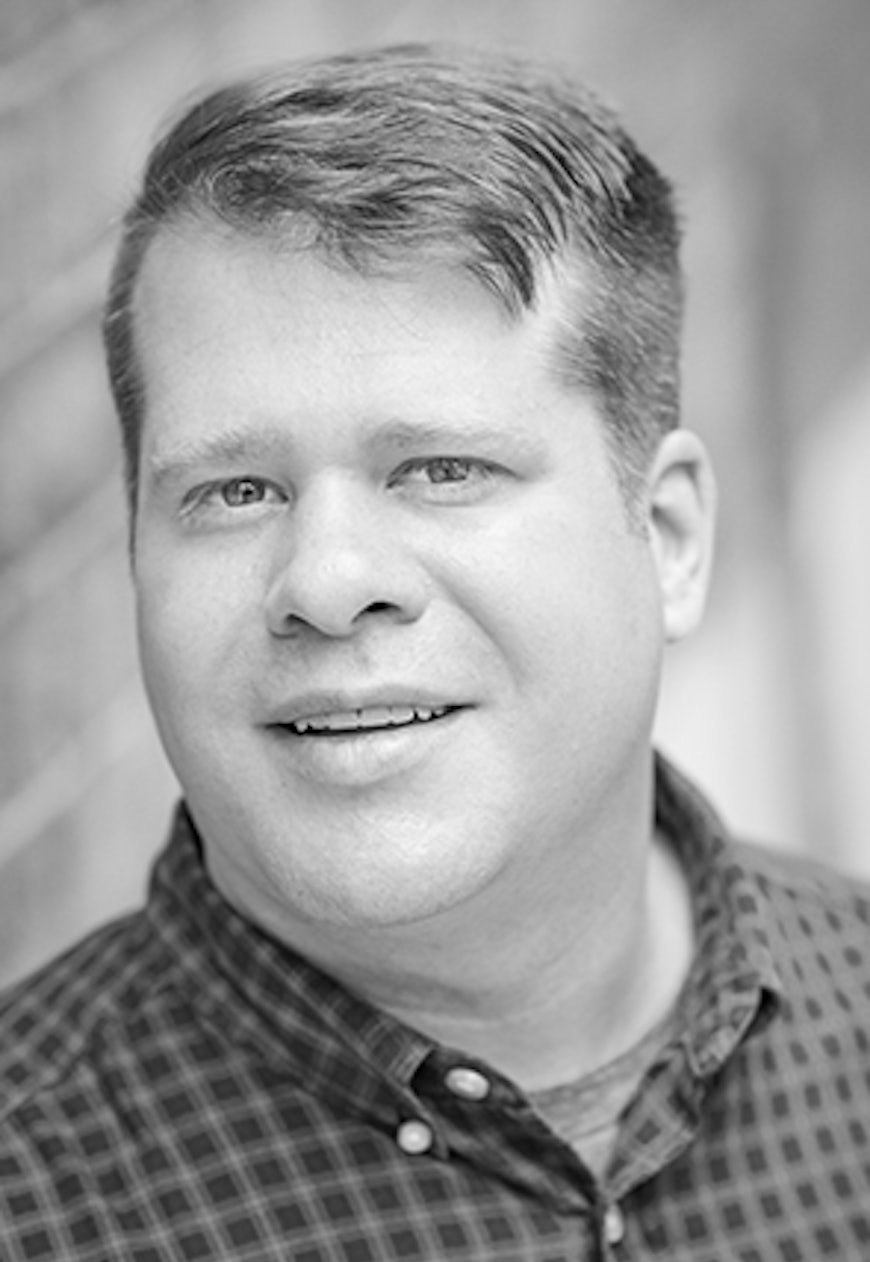 Matthew Billy is an Audio Producer at CAFE Studios. He began his career in broadcasting, with positions at 90.7 WFUV and Sirius XM Radio. In the early 2010s, Matthew recognized the enormous untapped potential of podcasting and started his own show. He was the first-ever podcaster to win the Newhouse School of Public Communications’ Mirror Award, beating out media giants like CNN. 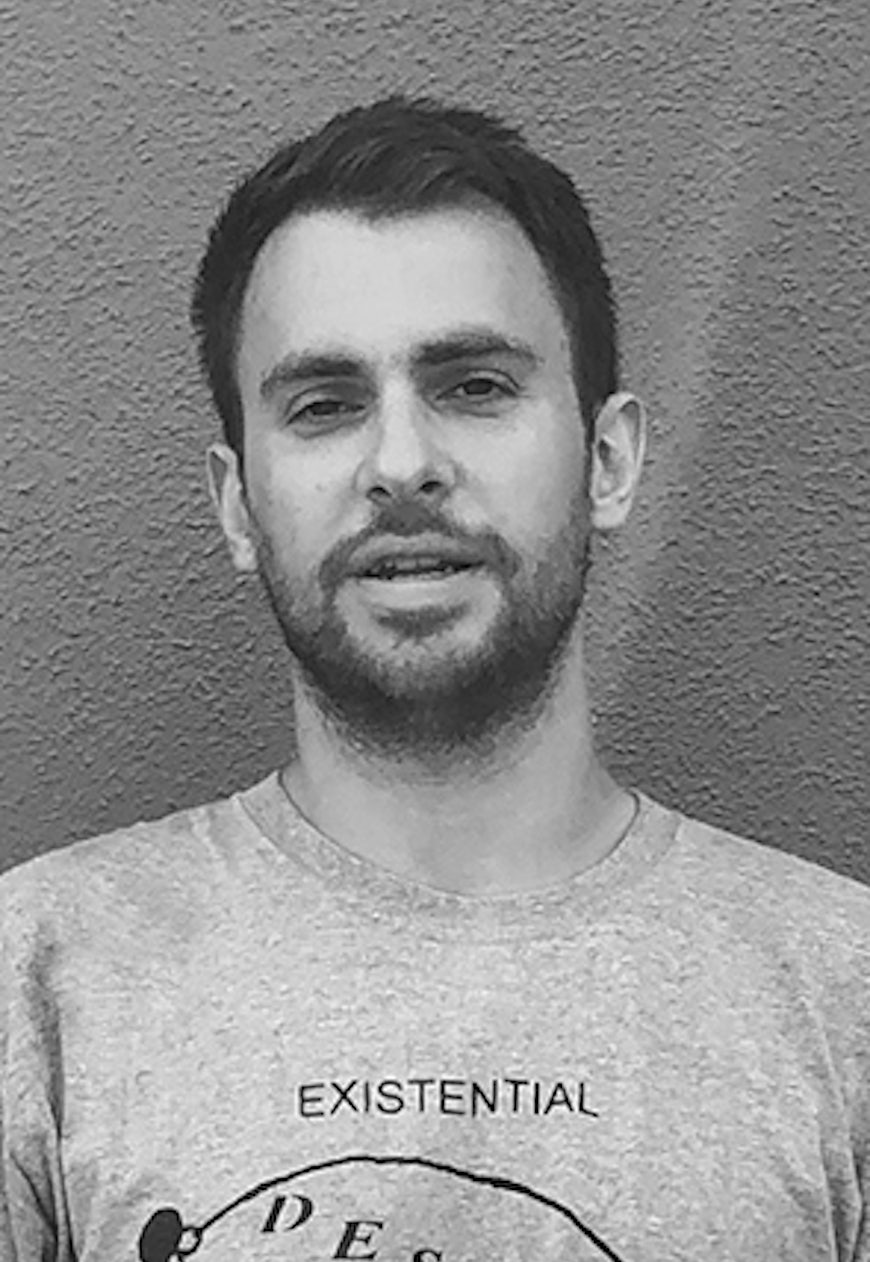 Nat Weiner is an Audio Producer at CAFE Studios. Nat was Chief Engineer of WNYU 89.1FM, where he DJ’ed his own show for seven years. He co-founded Heritage Radio Network, a radio station built from shipping containers at Roberta’s in Brooklyn. As a freelancer, he has produced audio or written music for Red Bull, Microsoft, and Splice. He is a musician, video artist, and cat enthusiast. 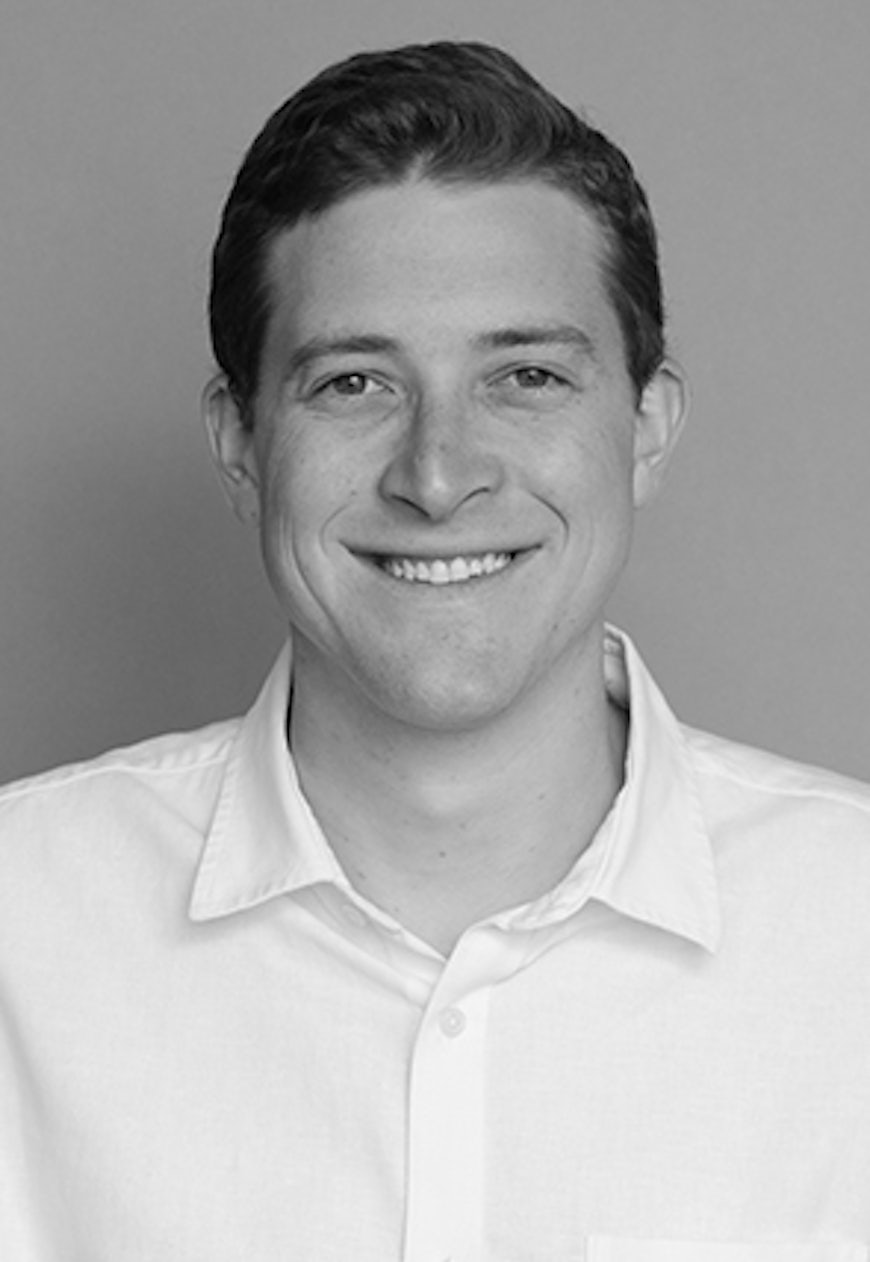 Sam Ozer-Staton is an Editorial Producer at CAFE Studios, where he helps produce the Stay Tuned, United Security, and CAFE Insider podcasts. He also writes the weekly “Question Presented” column on law and politics, and helps edit CAFE’s written content. Before CAFE, Sam worked as a communications consultant and political campaign staffer, including as an organizer for Montana Sen. Jon Tester. 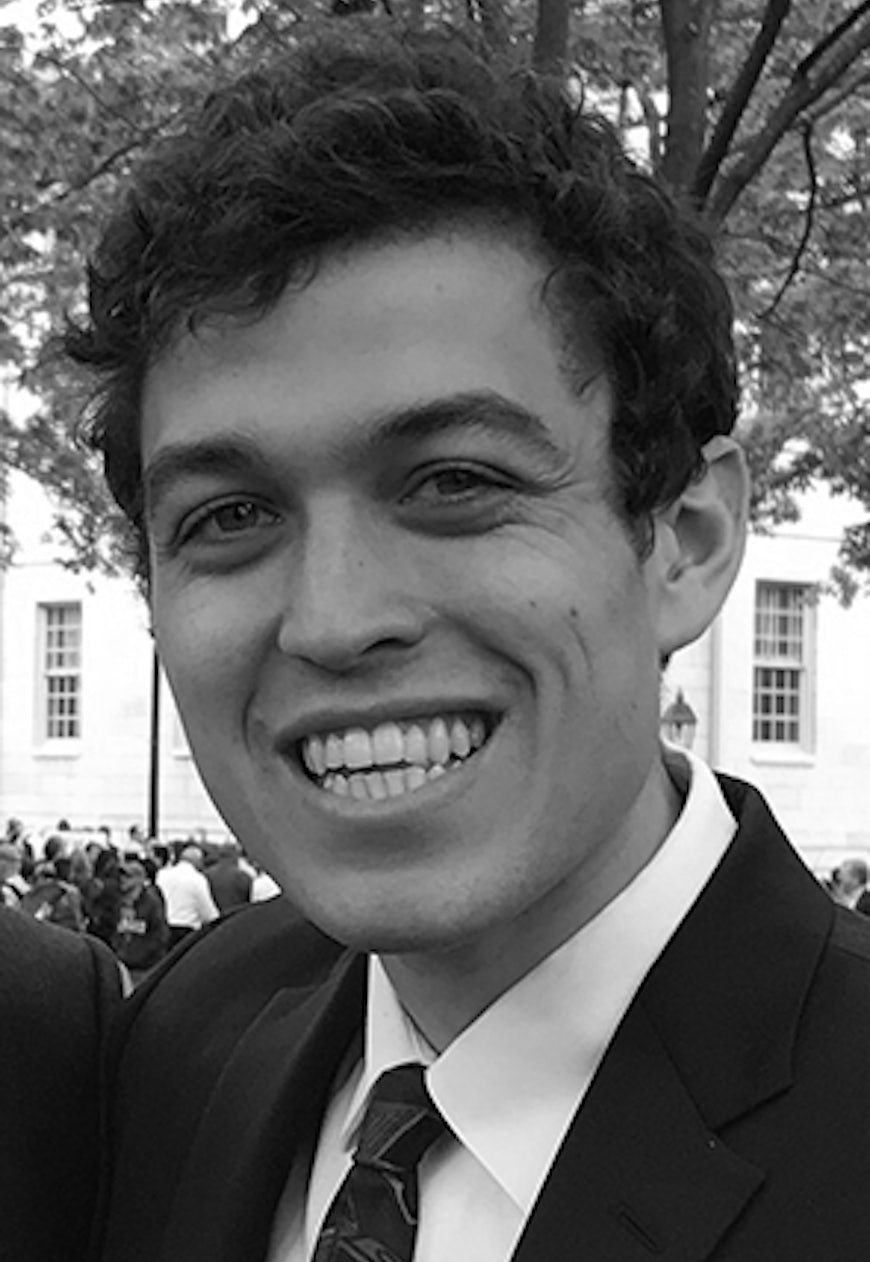 David Kurlander is an Associate Producer and Special Assistant to Preet Bharara. He writes the weekly “Time Machine” column for CAFE, and helps produce Stay Tuned with Preet and United Security. Born and raised in San Francisco, he studied 20th-century History & Literature at Harvard and has written extensively about politics, architecture, and legal history. 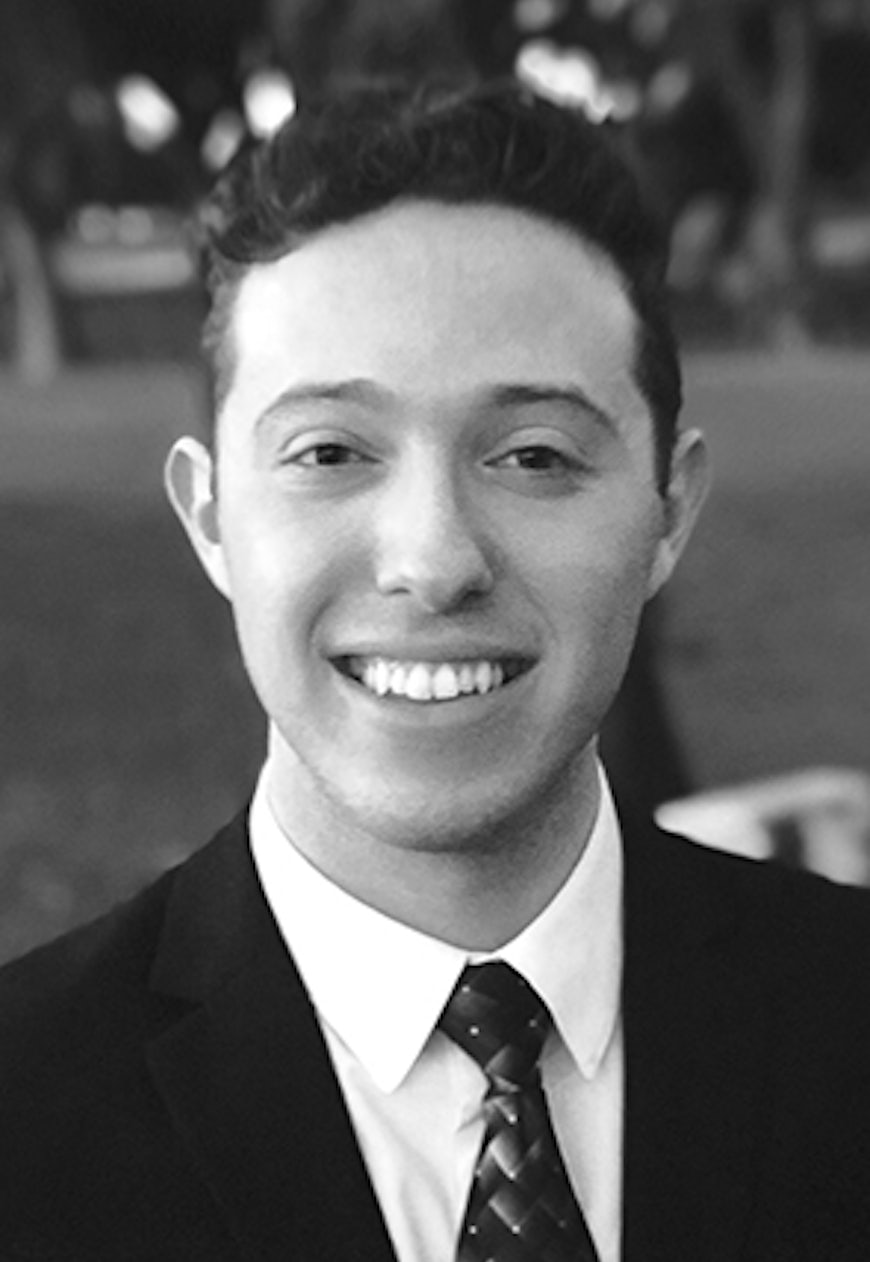 Jake Kaplan is an Editorial Producer at CAFE Studios, where he helps produce the CAFE Insider podcast. He is an attorney in New York and a journalist who has written for media organizations such as Law&Crime Network, BuzzFeed, and Business Insider. Jake is also a certified arbitrator and mediator. 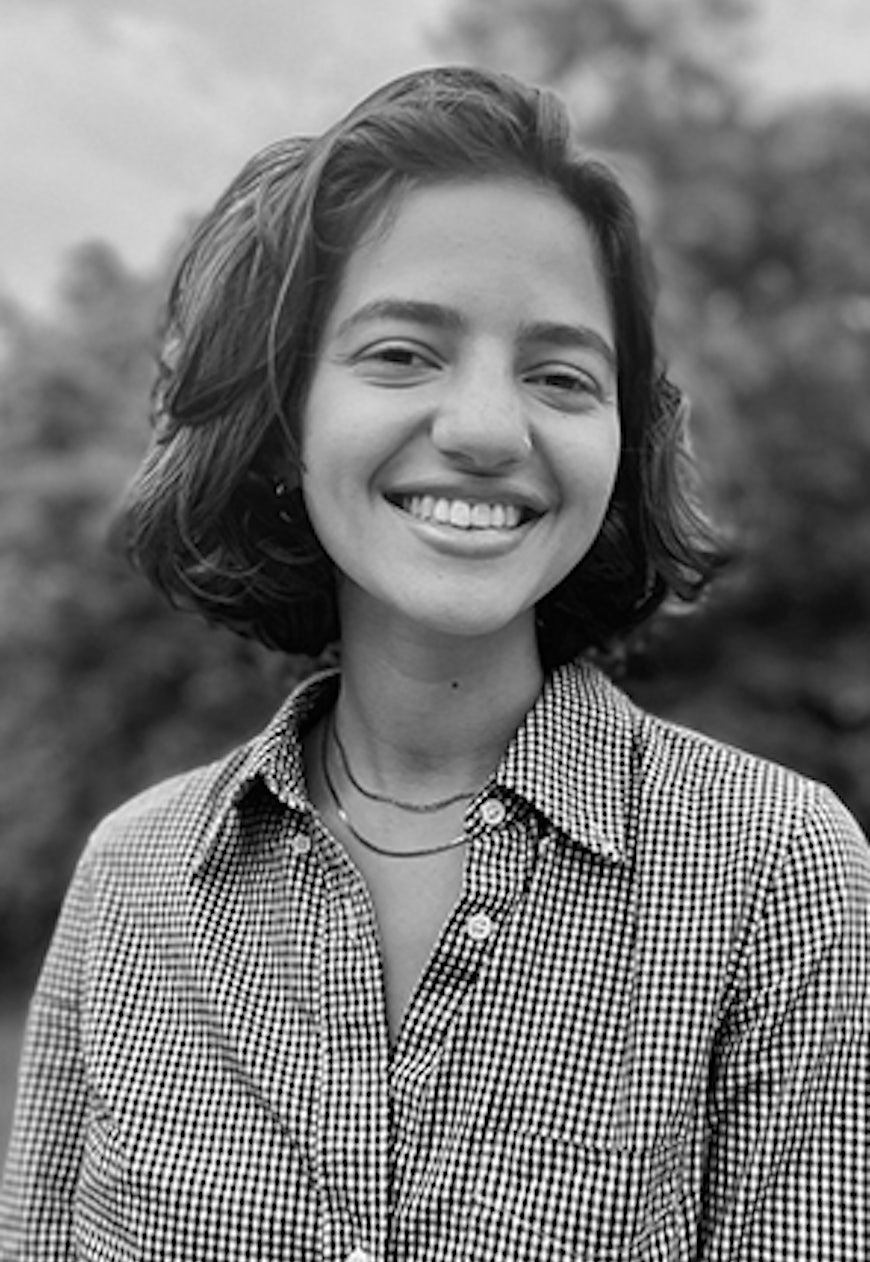 Noa Azulai is a Production Assistant at CAFE Studios, where she develops editorial content and helps produce Stay Tuned with Preet. Brooklyn-born, she has no desire to leave the city (ever). Before joining CAFE, Noa was a Sexual Politics Writing Fellow with Bitch Media and a legal assistant in Manhattan. 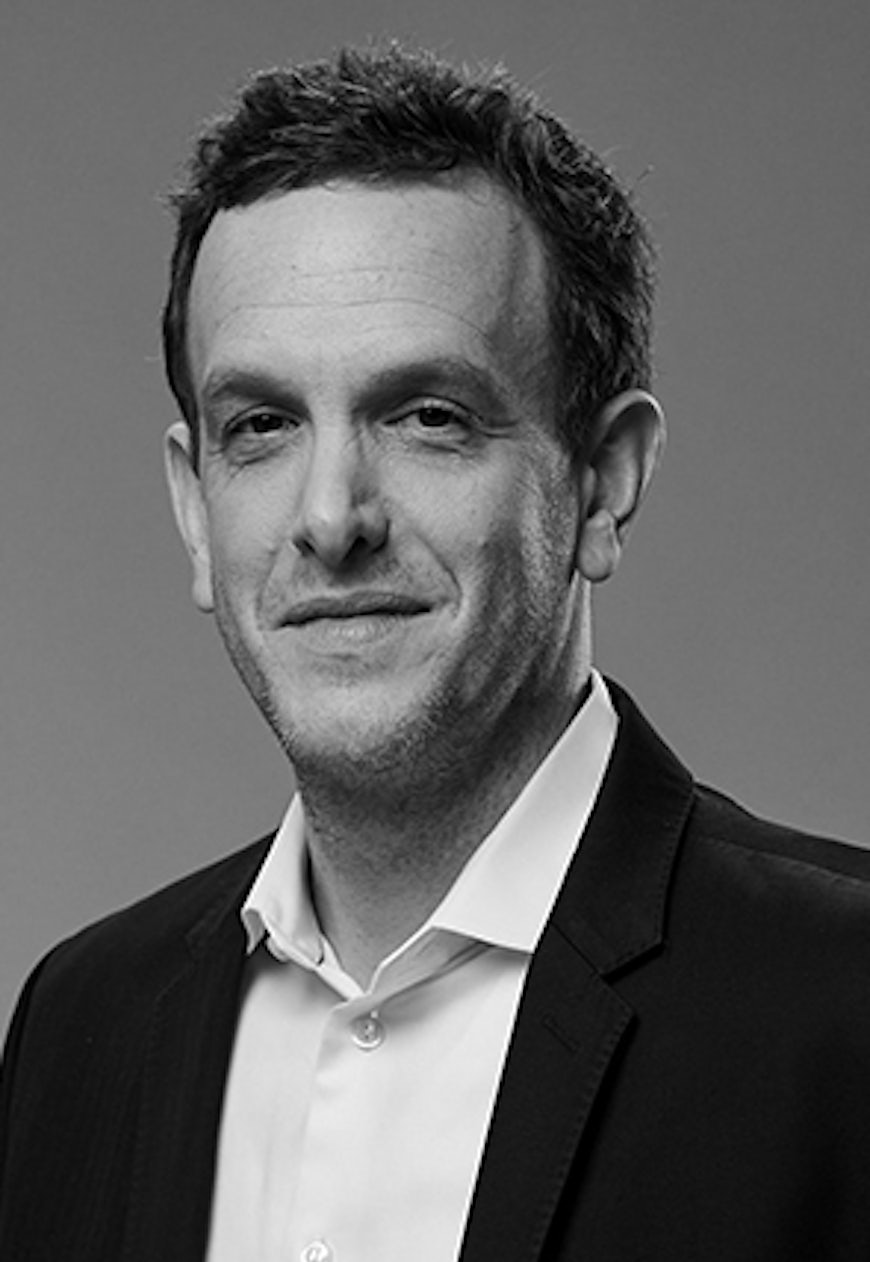 Geoff Isenman is the Chief Business Officer at CAFE Studios. He was previously an executive at the New York Times Company and Tribeca Productions.

Chris Boylan is CTO at CAFE Studios. Prior to CAFE, he lead engineering teams at Fatherly and Wenner Media (Rolling Stone, Us Weekly, Men’s Journal). 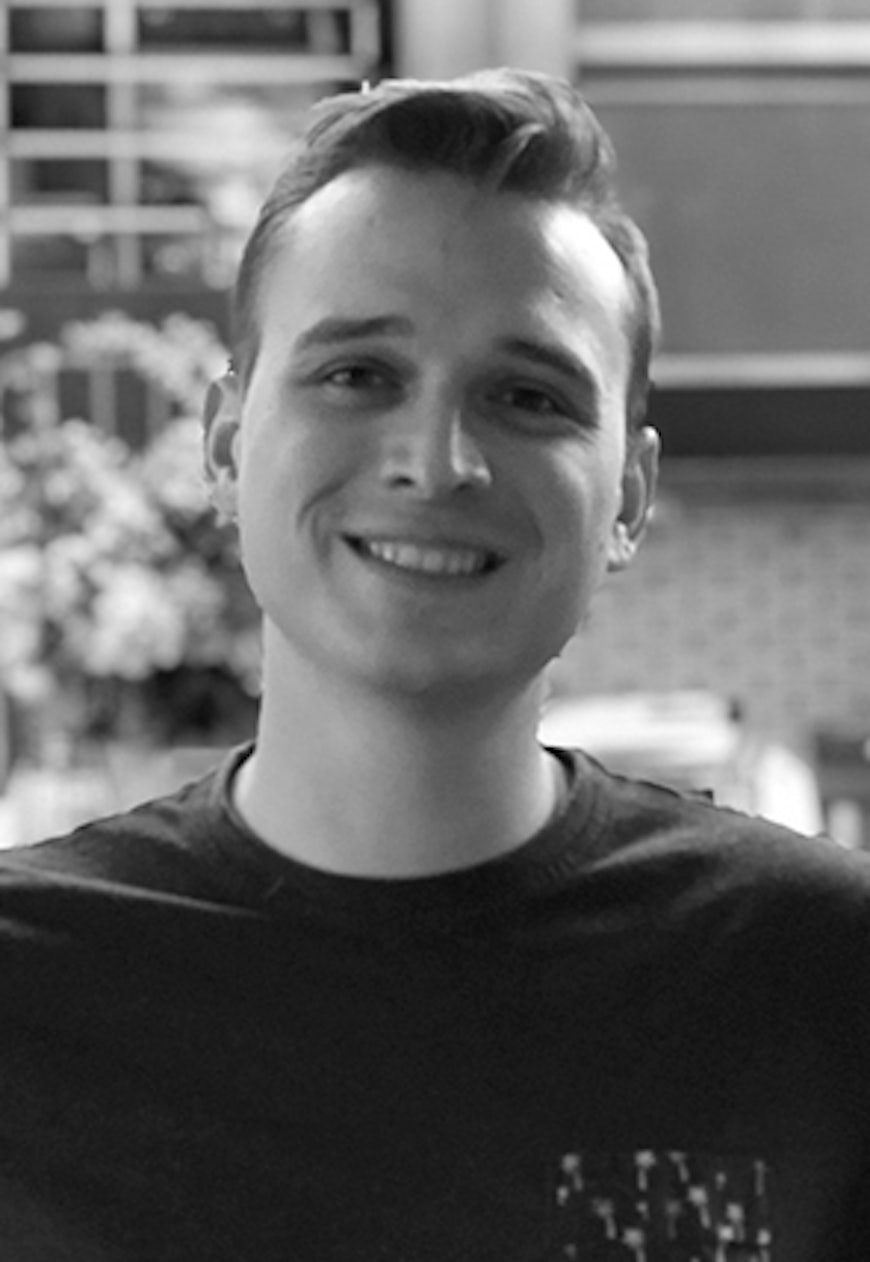 Sean Walsh is a Senior Developer at CAFE Studios. Sean always had a passion for development getting his BS in Computer Science. Prior to joining the CAFE team Sean worked at Wenner Media and Fatherly. 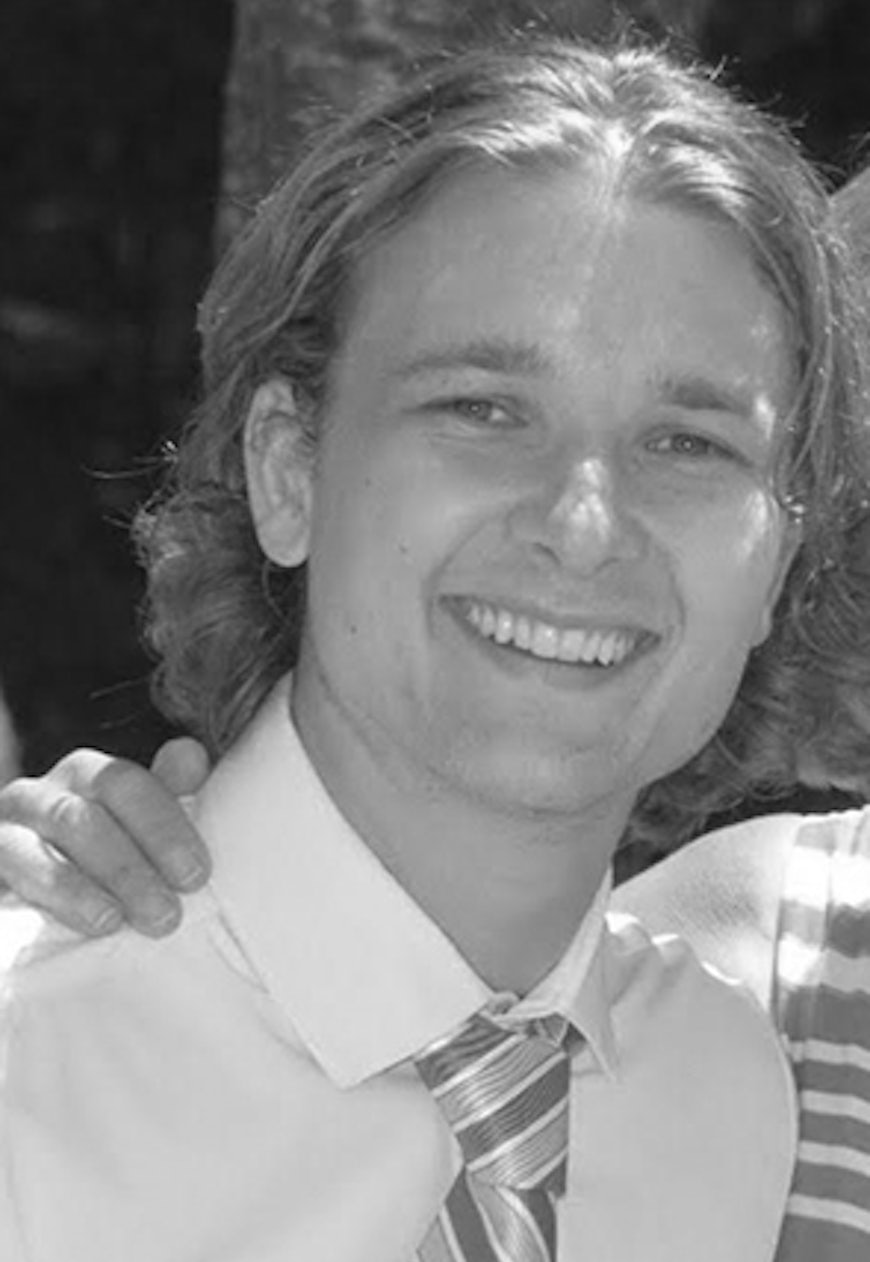 Calvin Lord is Digital & Analytics Strategist at CAFE Studios helping to report on Stay Tuned and the CAFE Insider podcast. In his free time, he enjoys cooking, hiking, and freelancing for The Onion. 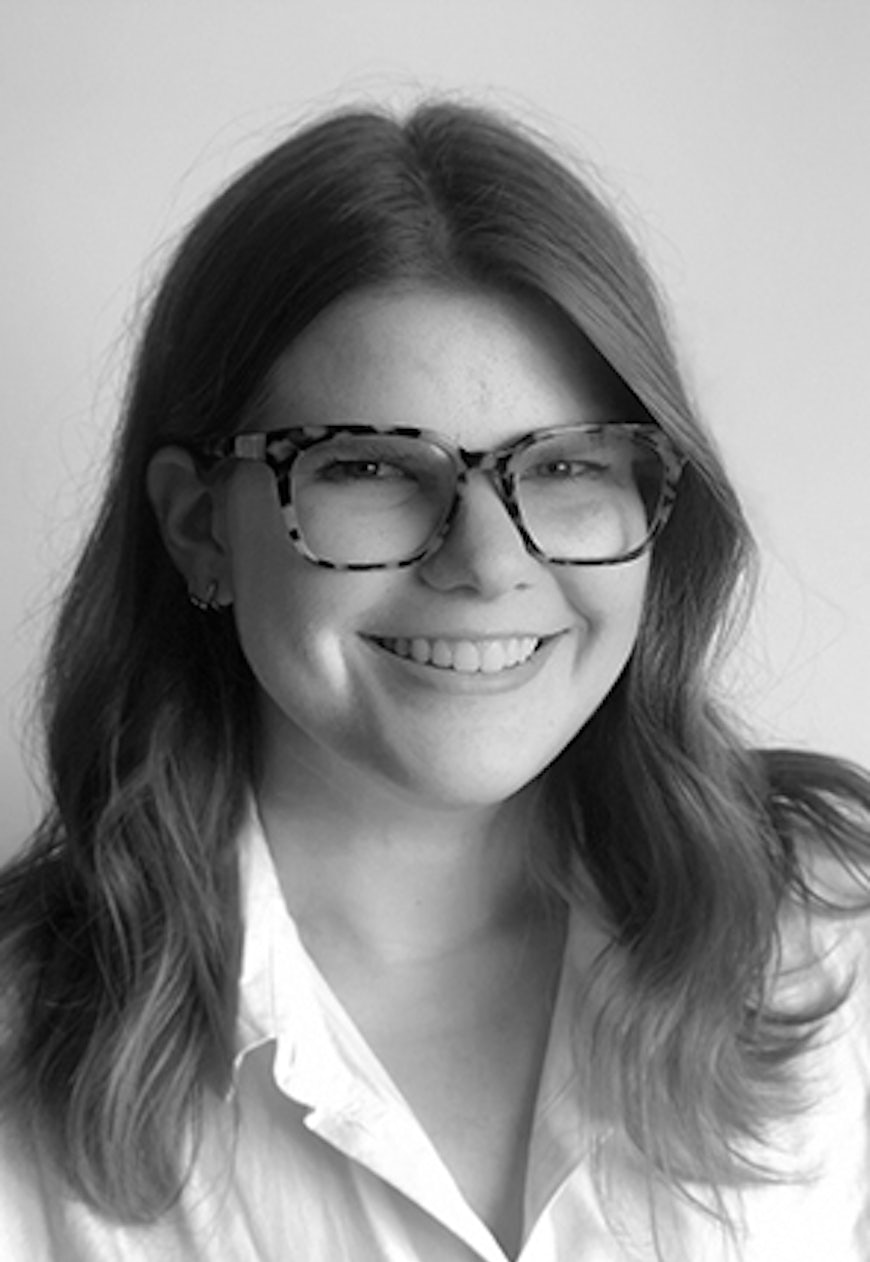 Margot Maley is the Product Marketing Associate at CAFE Studios, where she sits at the intersection of user experience, customer feedback, and marketing. Before joining CAFE, she worked as a growth marketer for an interest-based mobile app and in client services for an investment management firm.