Last week, the chief prosecutor of the International Criminal Court (ICC) announced an investigation into Russian President Vladimir Putin over possible war crimes in Ukraine. The announcement comes as a chorus of international leaders — from Ukrainian President Vololdymyr Zelensky to top U.S. officials — have accused Putin of war crimes.

“We’ve seen very credible reports of deliberate attacks on civilians, which would constitute a war crime,” Secretary of State Antony Blinken told CNN’s Jake Tapper on Sunday. Blinken appeared to be referring to Russia’s alleged use of “cluster bombs” in civilian areas.

Linda Thomas-Greenfield, the United States’ Ambassador to the United Nations, was even more direct in an interview with ABC News: “Any attack on civilians is a war crime.”

On Wednesday, after a Russian strike hit a hospital complex, including a maternity ward, in southern Ukraine, more world leaders accused Putin of war crimes.

But what is the technical legal definition of a war crime, and what would a prosecution actually look like?

The job of making those determinations falls to the ICC, which is located in The Hague, Netherlands. According to a self-published guide, the ICC was established to “prosecute and try individuals accused of committing the most serious crimes of concern to the international community as a whole, namely the crime of genocide, crimes against humanity, war crimes and the crime of aggression.”

The ICC specifically says war crimes “include grave breaches of the Geneva Conventions and other serious violations of the laws and customs applicable in international armed conflict … when they are committed as part of a plan or policy or on a large scale.”

According to the ICC, acts of war prohibited by the Geneva Convention are, among others, “murder; mutilation, cruel treatment and torture; taking of hostages; and intentionally directing attacks against the civilian population; and intentionally directing attacks against buildings dedicated to religion, education, art, science or charitable purposes, historical monuments or hospitals.”

That’s a long list, and in recent statements, world leaders have avoided getting in the weeds of defining terms, instead focusing on one specific crime: the intentional targeting of civilians.

According to Karim Khan, the ICC’s chief prosecutor, the kind of weapon used in an attack often determines whether a war crime has been committed. In particular, the use of weapons that are inherently indiscriminate when deployed close to a civilian population can constitute a war crime.

Khan and other experts have been focused on two kinds of weapons that they believe Russia has used against Ukraine: cluster bombs and thermobaric weapons. Cluster bombs are weapons that break apart mid-air, releasing smaller bombs that detonate upon hitting the ground. Thermobaric weapons, also known as “vacuum bombs,” release a fuel mixture into the air that sucks up oxygen before exploding.

“Whether it’s cluster bombs or thermobaric weapons, commanders in the battlefield need to use great discretion and with great diligence decide how they wish to wage conflict now that it started. And the law is here and the court is watching, and we have experts that will try to get to the bottom of it,” Khan told CNN.

Whether or not Putin’s actions constitute war crimes, the actual process of investigating and prosecuting them can be lengthy. And the ICC has historically had few teeth when it comes to enforcement. The court began operations in 2002, following the signing of the “Rome Statute.” It is made up of 123 member countries. Some notable exceptions? The United States and Russia, both of which signed the treaty creating the court but are not currently members. (Russia pulled out of the ICC in 2016, after the court released a report on its invasion of Crimea, and the United States under President Bush never ratified the treaty.)

In order to be tried, Putin would need to hand himself over to The Hague, or another country would need to arrest him and deliver him there. Neither of those seem likely.

Even if trying and convicting Putin seems impractical at the ICC, does the accusation of war crimes still carry meaning? Let us know. Write to us at letters@cafe.com. 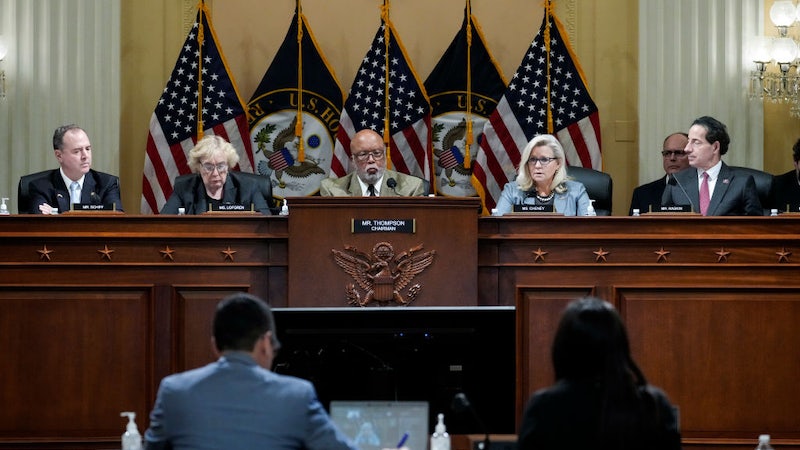