“Note From Asha” is the latest addition to the CAFE Insider subscription.

Asha Rangappa is a lawyer, a former FBI Special Agent, and a CNN analyst.

To become a CAFE Insider, sign up at cafe.com/insider.

As the presidential chaos unfolded over the past four years, I, like many Americans, kept looking to who would save us from what looked like the inevitable destruction of our democracy. Maybe it would be our institutions, the machinery of government comprised of hundreds of thousands of civil servants who would be too hard to steer astray. Maybe it would be Special Counsel Robert S. Mueller III, a seasoned prosecutor who would bring all of the wrongdoers to justice. Maybe it would be Congress, which could use its final check on the President: impeachment. Unfortunately, at every turn, we discovered that each of these guardrails just wasn’t equipped to counter a person completely willing to trample every democratic norm we’ve relied upon in the past.

Fortunately for us, we’ve discovered that there is one feature of our government that the President can’t easily override. It turned out that our “savior” wasn’t our institutions, or Mueller, or Congress – it was the division of power between the states and the federal government, which we call federalism. This idea of a limited central government, embodied in the Tenth Amendment which states that “[t]he powers not delegated to the United States by the Constitution, nor prohibited by it to the States, are reserved to the States respectively, or to the people,” isn’t one we champion often these days. But maybe we should start.

“States’ rights” is a phrase that carries with it a lot of baggage, and for good reason: for much of our early history as a nation the main reason states wanted to preserve their power wasn’t just fear of tyranny by the federal government, but to preserve the institution of slavery. That “states’ rights” became a euphemism for slavery itself in the Lost Cause narrative following the Civil War has made it a catchphrase that most people don’t put on their bumper stickers, unless they are also wont to display a Confederate flag alongside it. And even in the last fifty years, legal battles to protect states’ rights were most often about their power to limit civil and individual rights – like restrictions on abortion, or gay marriage – than expanding them.

But the last four years offer us a new perspective. It was the states of Hawaii and Washington, after all, which first challenged, and initially blocked, the travel ban Trump issued against seven Muslim countries one week after he took office. (The ban was upheld by the Supreme Court a year later, but not without undergoing several modifications as a result of the repeated litigation.) States were also the first line of defense against Trump’s domestic deportation orders against undocumented immigrants. Eleven states have sanctuary cities, which limit cooperation of local law enforcement with federal agents – ironically, relying on Supreme Court precedent holding that the Tenth Amendment prohibits the federal government from “commandeering” local law enforcement to ensure compliance with federal gun laws.

The COVID pandemic has also shown us the wisdom, and benefits, of federalism. Despite Trump’s assertion in April that he had “total power” to prevent states from enacting lockdowns to prevent the spread of the virus, ten states on the East and West Coasts quickly enacted strict measures, often coordinating with neighboring states. In doing so, these states were able to bend the curve resulting from the surge in hospitalizations and deaths resulting from the virus, in spite of the White House’s refusal to address it. Even now, eight months later, the fact that the odds of dying of COVID are closely correlated with the state of residence is a grim reminder of how much state, rather than federal, leadership is paramount.

And, of course, states have proven to be the most effective bulwark against a would-be authoritarian who might attempt a power grab in the aftermath of an election. The Constitution’s deference to the states, to determine “in such Manner as the Legislature thereof may direct” how its electors should be appointed has left Trump without any direct power to thwart the outcome of this election, despite his best efforts to do so. He’s been forced to make his challenges mostly in state courts where he has failed, repeatedly, and it turns out that state legislators and governors aren’t as easy to bully with mean tweets as the U.S. Senate.

All of these examples are a harbinger of the post-Trump era, where I predict we will see states, once again, take the lead. Trump’s pardons – to his friends, family, or even to himself – can’t reach state crimes. That means that state prosecutors, not DOJ, are best poised to take action on illegal activities which Trump may have engaged in before or during his term of office.  This is especially important because even if there were no bar to it doing so, the costs to the next Justice Department pursuing federal investigations against Trump or members of his administration are very high. Even if such cases are well-grounded and based in evidence, the DOJ under Biden would likely be accused of political bias and “witch hunts,” further politicizing the agency and undermining the rule of law in the long run. Allowing the states to pick up the baton, and relieve federal prosecutors of this burden, may be the best way to achieve both justice and the restoration of the public’s trust in the DOJ’s independence.

Tocqueville once observed that the ability of citizens in America to be involved in, and feel the direct impact of, their local affairs is what kept them connected to their national identity. The Trump years underscore this idea: They are a reminder that who we vote for as the county clerk can end up being as consequential as who we vote for as president. Perhaps it’s time to reframe the concept of “states’ rights” – not as something that hinders our progress, but as necessary for ensuring the resilience of our democracy. 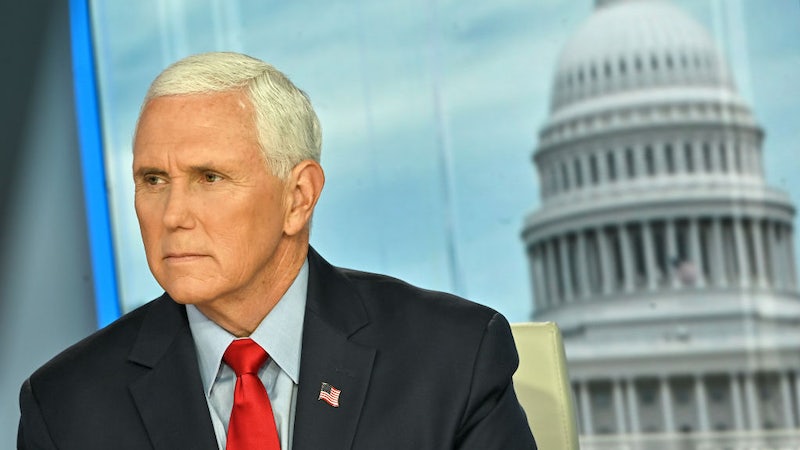 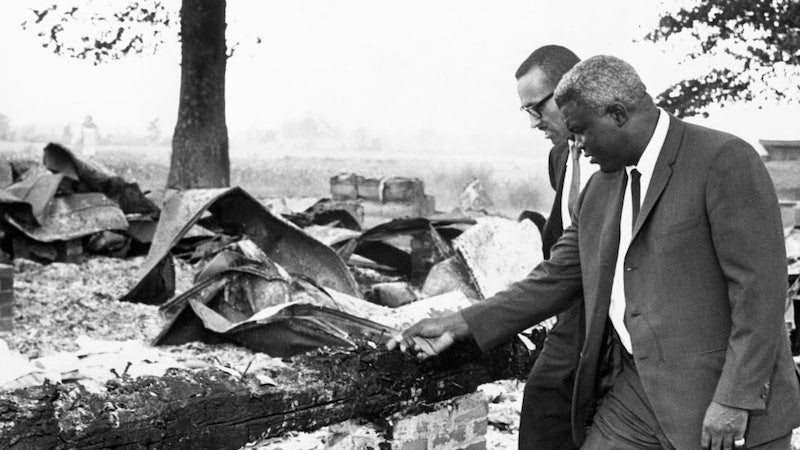 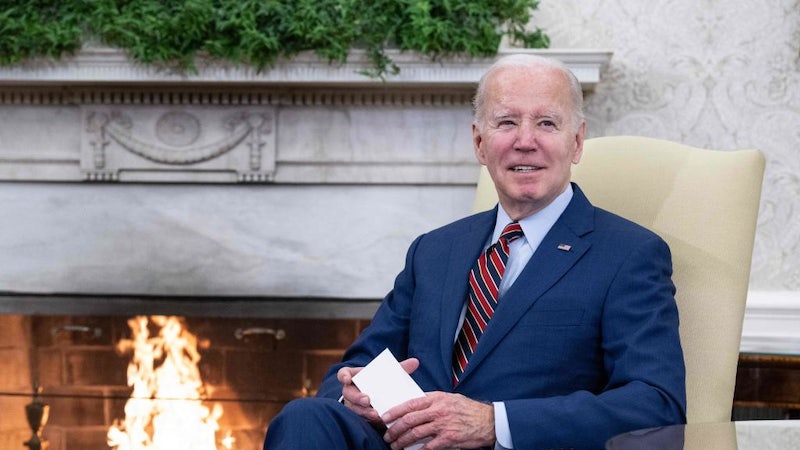 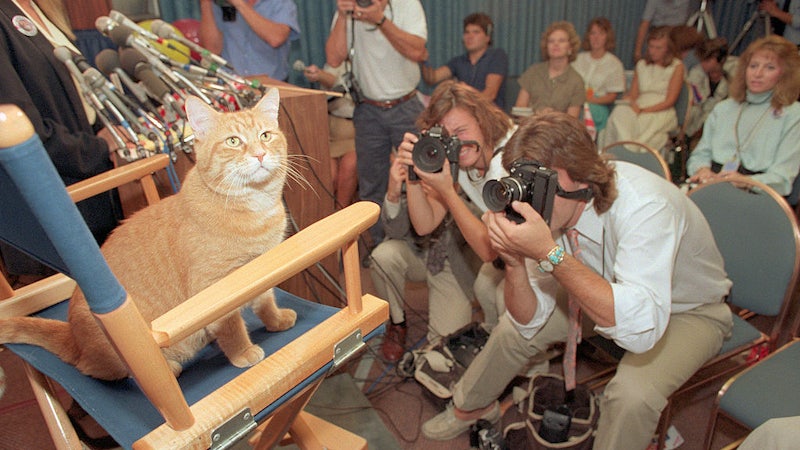 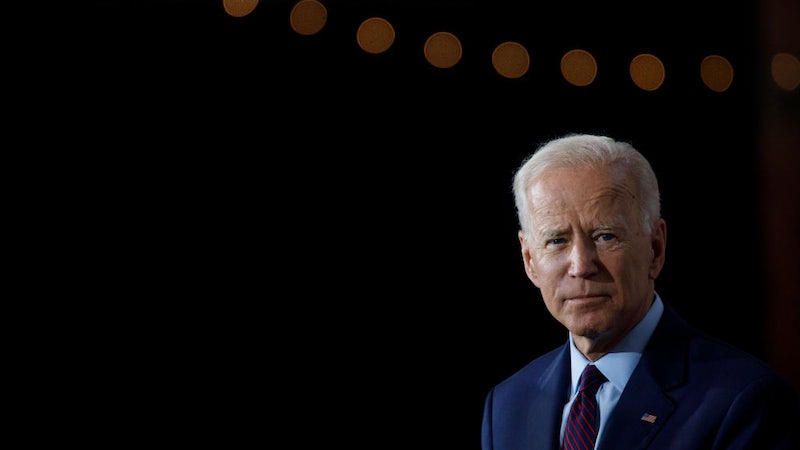 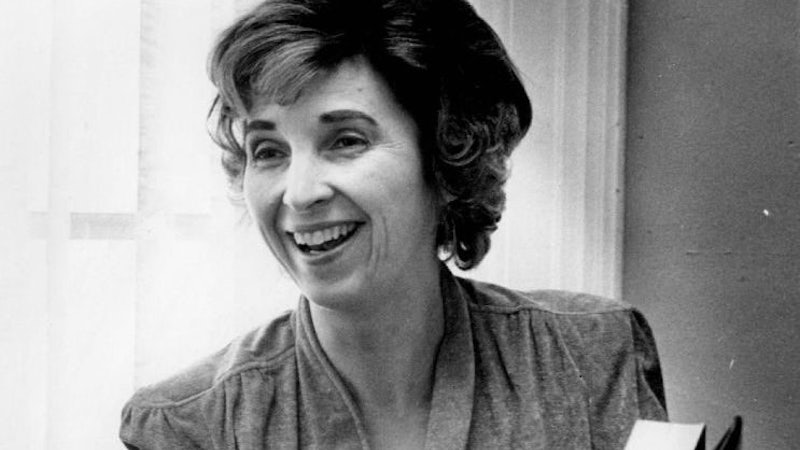 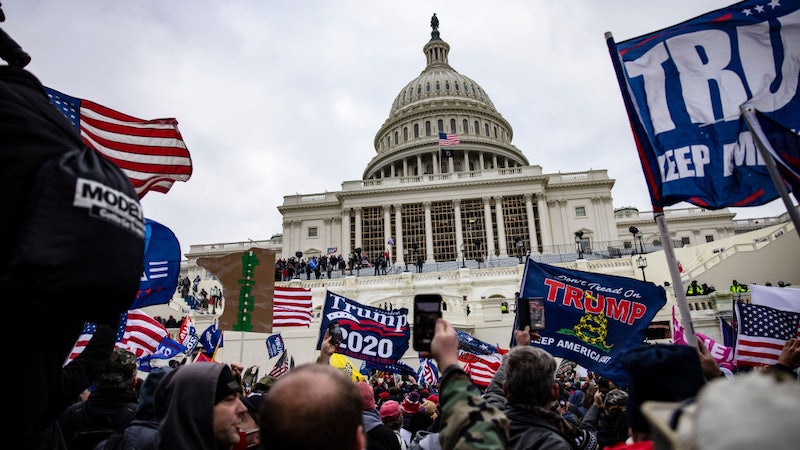 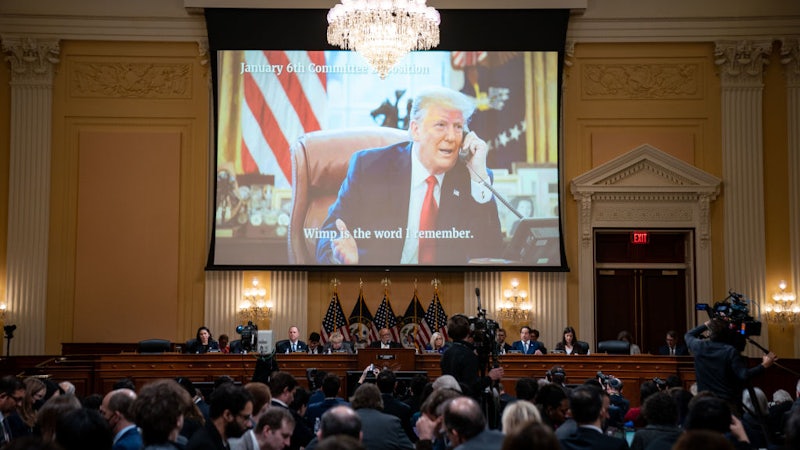 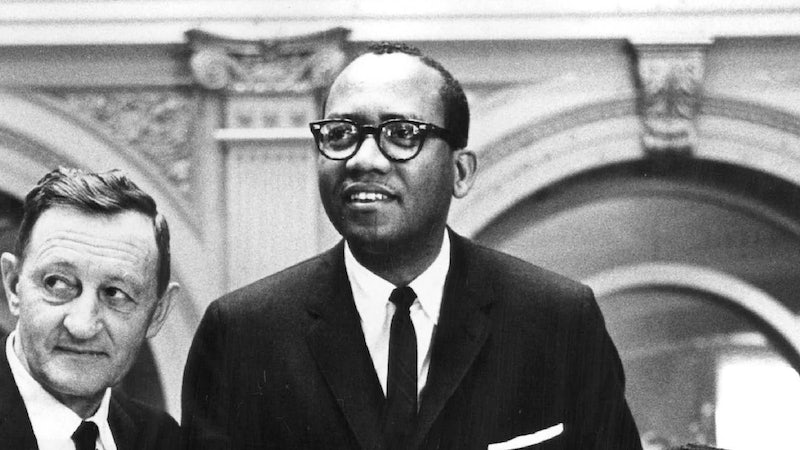 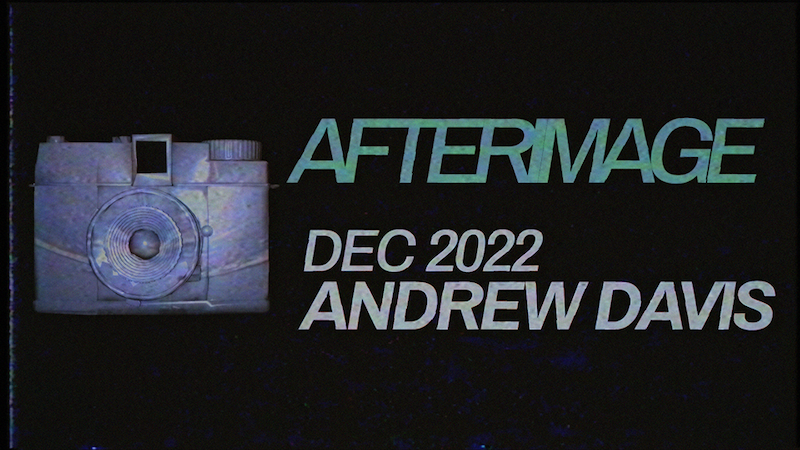 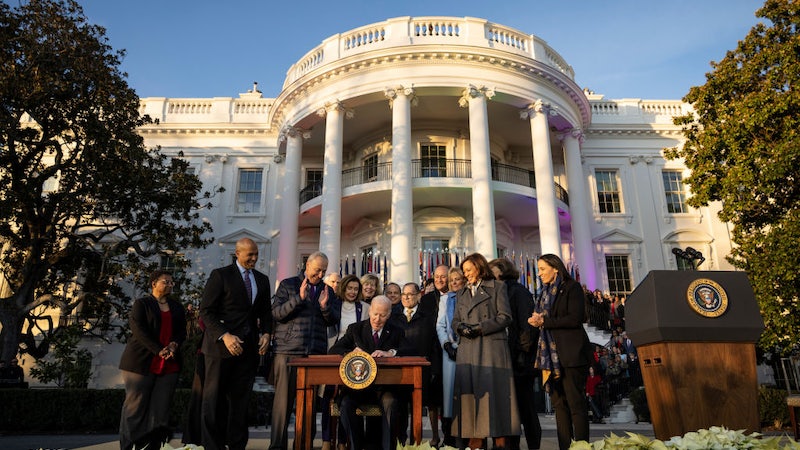 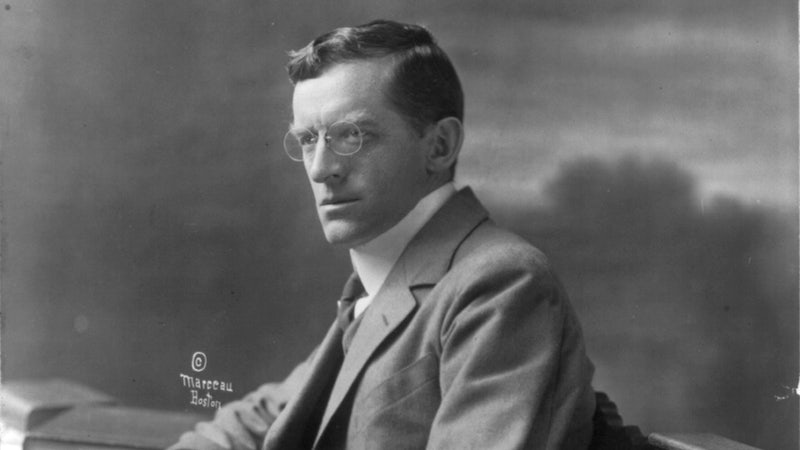 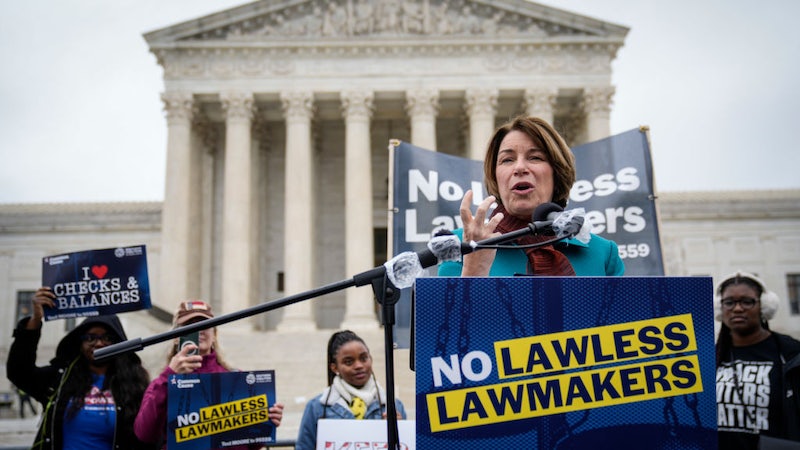 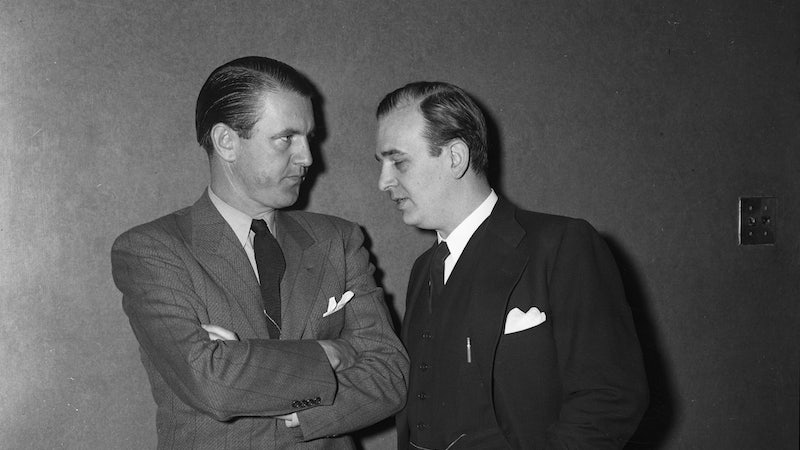 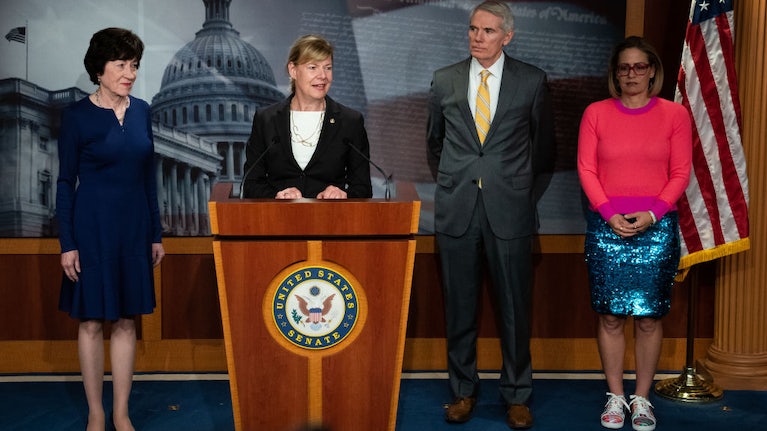