We need to find a new name for whatever it is that the one hundred United States Senators are about to become.

Traditionally, we call them impeachment “jurors,” but that’s both charitable and misleading. When most people think of a “jury,” they picture a criminal or civil trial. Twelve people (or more, counting alternates), regular everyday citizens, thrown together by fate of the dreaded jury notice in the mail, who know nothing about a case before trial begins. Those jurors hold a simple but sacred duty: to evaluate the evidence at trial (and nothing else), to put aside any personal biases or predispositions, and to render a verdict. Trial juries are not perfect — how could they be, being composed of mortal human beings? — but, structurally and procedurally, nobody has ever come up with anything better.

Yet the Senate jury that will start hearing the second impeachment trial of former President Donald John Trump next week will be something entirely different.

First, any “real” criminal or civil trial juror who has a pre-existing view that may touch on any aspect of the case at hand is a goner. I’ve seen potential trial jurors tossed out because their uncle was a cop, because they belonged to the ACLU, because they thought they might have read something about the case once in a newspaper. But during impeachment, every juror is, essentially, already on a team: “R” or “D,” red or blue, avowed political friend or foe to the man on trial. Impartiality will be in precious short supply.

In some sense, we’ve made progress. Last year, during Trump’s first impeachment — and to you kids out there: no, impeachment is not an annual winter event like the Super Bowl — several Senators openly declared that they were already in the bag. Republican Senator Mitch McConnell — then the Majority Leader, now humbly captaining the minority party — brazenly declared before the Ukraine impeachment trial that he would work in “total coordination” with the White House, and said: “I’m not an impartial juror.” Republican Senator Lindsey Graham crowed: “I’m not trying to pretend to be a fair juror here.”  Democratic Senator Elizabeth Warren announced before trial, “What [Trump] has done is an impeachable offense, and he should be impeached.” (Warren technically couched her remarks in terms of impeachment, not the ultimate verdict, but her meaning was plain.) How these Senators reconciled their public pronouncements with the oath — to “do impartial justice according to the Constitution and laws, so help me God” — is beyond me.

While the end result of Impeachment 2021 may be just as predetermined as it was in 2020 — though I believe there are more Senators now than last year who genuinely haven’t yet decided — at least Senators haven’t been as explicit, in public, about their pre-existing biases. Hey, baby steps here.

An important note about last week’s vote on Senator Rand Paul’s motion to debate whether it is constitutional to hold an impeachment trial of a former official, because overstatements and misimpressions abound. 45 Senators (all Republicans) voted to hear the motion, while 55 (all 50 Democrats plus five Republicans) voted to “table” it (essentially, to kill it). Some are trying to spin this vote as “game over, done deal, Trump walks” — after all, it only takes 34 “not guilty” votes to acquit, and there’s 45 right there. Trump’s team declared triumphantly that “[i]n fact, 45 Senators have already voted that it is unconstitutional.”

Wrong. Those 45 Senators voted only to have the Constitutionality debate, but did not commit to any particular vote on ultimate conviction or acquittal. Senators John Thune and Rob Portman — both among the 45 Republicans — have said just that, publicly confirming that, despite their procedural votes, they have not yet decided how they will vote in the end. Without question, the vote by those 45 Senators is a positive indicator for Trump’s chances of prevailing. But it by no means ensures an acquittal, in the end.  This just might turn out to be a Leon Lett – Don Beebe moment of premature celebration (for anybody who was not a football fan in the 1990s and doesn’t get the reference, watch this).

Beyond the fact that the Senate jury will lack impartiality, there’s the still-difficult-to-comprehend fact that the Senator-jurors are not only witnesses to the events at issue but also, in a sense, victims. Many of them were inside the Capitol on January 6, as the siege unfolded.  Some Senators could even be key fact witnesses on the issue of Trump’s intent. Senators Mike Lee and Tommy Tuberville, for example, spoke with Trump as the events were unfolding, and their testimony could provide insight into whether Trump approved of the mob’s actions.

In any criminal trial, this would be a no-brainer: if a potential juror could be a fact witness, or was directly impacted by the events at issue, he would immediately be disqualified. Neither party would object. If anything, it would be reversible error (an error so serious that an appellate court would void the trial, essentially) to allow a witness, or especially a victim, to sit on a trial jury.

This isn’t even a knock on the Senators. They simply are what they are: partisans, members of a team, constant calculators of their own electoral prospects. To be sure, impartiality is a good thing, an important aspiration in any adversarial proceeding, even (perhaps especially) a Senate impeachment trial. But let’s remain clear-eyed about what these Senators are, and are not.

The lawyers who will try this case — the House impeachment managers, and wherever the constantly-spinning roulette wheel of Trump attorneys lands between now and the start of trial on February 9 — would be well-advised to remember this. The real audience here is the American public.  Can the lawyers realistically persuade any Senators by the sheer force of the evidence, or the power of a defense argument? Perhaps, at the margins. But could it make a difference if a Senator who is on the fence, or in any way persuadable, receives a glut of emails from his constituents, or sees public opinion polls showing a groundswell one way or the other? You bet.

It might be better, ultimately, if we dropped any pretense. This trial will be decided not by 100 impartial “jurors.” The verdict will be in the hands of 100 human beings who are, first and foremost, politicians. The merits of the case absolutely matter. But politics, and the public opinion that guides it, will carry the day. 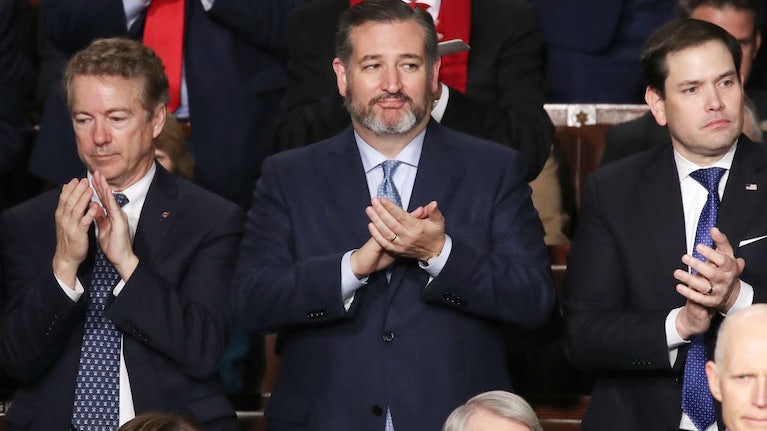 Note From Elie: A Jury of Your Senators