If the January 6 Select Committee makes a criminal referral to the Justice Department, it will be politically splashy – and legally meaningless. If anything, a formal request from the Committee to DOJ might make it incrementally less likely that Donald Trump ultimately faces successful federal prosecution.

According to the New York Times, the Committee now believes it has enough evidence to formally refer Trump to DOJ for potential prosecution, but the Committee’s members are split about whether it’s the right and optimal move. So, first, let’s understand what a criminal referral is, and – importantly – is not.

A criminal referral is simply a request from any outsider for a prosecutor to take a look at something. Prosecutors’ offices receive these referrals every day, all day; we had a detective at the New Jersey Attorney General’s Office whose full-time job was to take in and assess referrals.

Referrals can originate from anywhere: investigative and regulatory agencies, defense lawyers, private companies, judges, elected officials and legislative bodies, and everyday citizens. Some referrals are formal and specific, written by lawyers on fancy letterhead, while others are scribbled, handwritten letters from civilians. Many referrals are petty or meritless or useless, but others can be quite helpful; I’ve seen plenty of successful prosecutions that began with tips from outsiders. Some referrals are made in good faith, by people who genuinely have information about potential crimes – while others, you’ll not be shocked to hear, are made with dubious or self-serving motives. (Do you have any idea how many New Jersey politicians demand criminal investigations of their political opponents? It’s a lot).

So while criminal referrals happen regularly – they also mean absolutely nothing under the law (with very narrow exceptions, which we’ll discuss in a moment). You won’t find any technical legal standard governing referrals. Any person can refer anything to any prosecutor for any reason, or no reason at all. Whatever evidentiary threshold the Committee believes it has crossed with respect to Trump, for example, is formless and standard-free; there’s no particular requisite quantum of evidence, such as “more likely than not,” or “beyond a reasonable doubt.” It’s simply whatever Congress (or any person doing the referring) feels like is enough.

Most importantly, a formal referral does not force a prosecutor to do anything. Nor do prosecutors need a referral in order to take action. A criminal referral is, as the kids say, not a thing. (Well, it is a thing in that it exists. But it doesn’t matter, technically).

You might be thinking: How about the Steve Bannon contempt of Congress case, didn’t DOJ need a referral from Congress before indicting him? You’d be correct. But this is the rare (and perhaps only) federal criminal law that requires a Congressional finding as a prerequisite to prosecutorial action or compels DOJ to act upon receipt of a referral. For essentially every other federal statute on the books, DOJ can do what it pleases.

And that’s the key point here: DOJ does not need a formal referral to fully investigate January 6, or anything else (aside from contempt). With or without a referral, all of the Committee’s findings will be available and in play for DOJ. We know the Committee will hold hearings and issue a detailed written report. DOJ is absolutely entitled to consider all the evidence in that report (and underlying it). A referral would simply be a cover letter attached to the report saying, essentially, “Hey DOJ, see attached and please consider prosecuting.” It might make Committee members feel like they’ve done their jobs more forcefully, but it would add nothing to the substantive evidence.

Of course, despite its lack of legal punch, a criminal referral would make waves. It’s no small thing for a bipartisan congressional committee to formally ask federal prosecutors to investigate and potentially indict the former president. A criminal referral would be a powerful public statement, and Committee members could claim they did all they could to spur DOJ to action. (Though note the tension with the Committee’s prior position, taken in court during subpoena disputes, that their primary purpose is to legislate, and not to gather facts for use in potential criminal cases).

So why not, then? The Committee has uncovered damning evidence of wrongdoing and likely criminality. Why not call for DOJ to take action? Why not play hardball and ramp up the pressure on Trump? Okay, maybe it’s not legally necessary, maybe it’s purely symbolic, but how could it hurt?

Let’s take a pragmatic view, for starters. Those who believe DOJ absolutely must seriously investigate Trump for his role in the coup attempt – I’m one of you, rest assured – must consider the audience here. Ultimately, the decision to indict Trump federally will come down to one person: Merrick Garland.

The Justice Department under Garland has taken pains to stress that it does not take political orders. For example, when President Biden recently said he hoped to see people who violated Congressional subpoenas prosecuted for contempt, DOJ shot back with a rare and forceful rebuke: “The Department of Justice will make its own independent decisions in all prosecutions based solely on the facts and the law. Period. Full stop.”

I’ve been critical of Garland for being overly reticent to make tough decisions that might appear political, even if those actions might otherwise be right and necessary. In my view, not only has Garland restored DOJ’s political independence (which is good and important), but he has contorted himself and the Department to avoid doing anything that might even look political or create turbulence (which is weak and counterproductive).

So, would a splashy public referral from Congress, the most political of institutions: (1) make Garland more likely to charge, (2) have no impact at all, or (3) perhaps make Garland a smidge more reluctant? There’s no realistic way a referral would make Garland more likely to charge; if he has made one thing clear, it’s that he does not carry out political instructions. A referral could well have no impact, if DOJ is true to its oft-repeated claim to be above politics. And a referral just might make Garland a bit more hesitant, for fear of how it would look to do exactly what a bipartisan (but Democratic-dominated) congressional committee has asked him to do.

A formal referral from Congress might even come back to haunt prosecutors in court someday. Any eventual defendant might seek dismissal of an indictment based on selective or political prosecution – the formal equivalent of Trump’s infamous “witch hunt” defense. It’s typically a longshot legal argument, but why give such a claim any fuel at all? Short of outright dismissal, a defendant might use a criminal referral from Congress to suggest to a jury that the case is politically motivated, encouraging the jury to “nullify” the case and return a “not guilty” verdict, regardless of the merits. Why give any defendant potentially potent rhetorical ammunition?

A criminal referral would be a sugar rush: an initial burst of energy, quickly giving way to second-guessing and regret. No question, if Congress does issue a criminal referral, they’ll get a day of “Justice is Coming!”-type headlines out of it. But then what? Does a criminal referral move us in any appreciable manner towards meaningful accountability?

Ultimately, the Committee can speak most powerfully with the evidence itself. And that evidence – including the revealing Mark Meadows texts, which show that essentially the entire Trump power structure was in on the coup attempt from the start – is remarkably damning. It doesn’t need the embellishment of a formal (but essentially meaningless) referral.

I firmly believe the Justice Department has an obligation to act here. But a criminal referral from the Committee will not help that process along, and might even impede it. 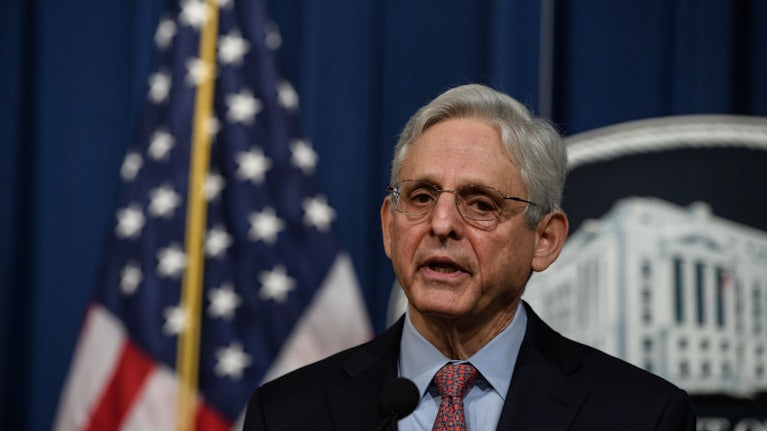