I know the feeling.  I know what it’s like to pour your heart into a case, to go weeks on not enough sleep and far too much coffee, to lose track of what day it is or what your kids are up to, to make that case as well as you possibly could have, and then to get a disappointing verdict. It hurts. I’ve been there. And I’m sure it hurts more than the setbacks I experienced as a regular old prosecutor when the case involves the former President and the whole world is watching.

To the House Impeachment Managers: I salute you. You did not just a good job, but an extraordinary job, under nearly impossible circumstances.  Ultimately, I think you’ll find that the sting of the “not guilty” verdict will fade and you’ll be proud of what you’ve done. Maybe it already has. The verdict didn’t go your way, but you accomplished so much more.

First: the trial presentation by the Managers was flawless. They put on a case that was engaging and compelling, accessible to lawyers but also to, well, normal people. They skillfully blended their remarks from the lectern with videos and other exhibits that both explained and illuminated the horror in the Capitol on January 6, with a well-placed emphasis on the latter; videos always will resonate more than any floor speech. They kept their presentation clear, concise, and compelling. They handled themselves with pure professionalism, never taking cheap shots or devolving into empty, self-indulgent platitudes.

The lead Manager, Rep. Jamie Raskin, set the tone. He spoke calmly and with resolve. He expertly melded complex notions of constitutional law with the facts, as a great teacher would do (Raskin is, of course, a law professor). He kept it professional but he blended just the right touch of heart. It’s beyond me how he managed to keep it together just weeks after the tragic loss of his son. It seemed he used the hurt to drive him, and that he intended his work as a tribute to his son, who passed away while in law school and by all accounts was a remarkable young man.

The rest of the Managers followed Raskin’s lead, and drove the case home. Representatives Joe Neguse, Stacy Plaskett, Ted Lieu, David Cicilline, Eric Swalwell — all experienced trial lawyers — absolutely shined. I tend to be a tough judge of in-court performances, but I’d readily cue up a video of any of their presentations, hit play, and tell any young lawyer, “This is how you do it.”

I don’t necessarily agree with every strategic move the Managers made. I think they might have sold their case short by agreeing to a dry stipulation about the testimony of Representative Jamie Herrera-Beutler, rather than following through on their momentary resolution to call live witnesses, though I do acknowledge that there are compelling arguments both ways. But I wasn’t the one in the well of the Senate, standing behind the podium. And any prosecutor must recognize that the call, ultimately, sits with the person who is in the arena, doing battle, and that you can’t second guess any decision that falls within the range of reasonable options.

As for former President Donald Trump’s attorneys: there’s no need for me to pile on. The collective performance spoke for itself. Their floor presentation was disjointed, confusing and confused, angry, bumbling, self-centered, grandiose, and often inaccurate. (I guess I did just pile on; sorry, I couldn’t just glide past it.) And I’m a Philly kid myself (South Jersey side), so if anything, I’m biased in favor of my fellow Eagles fan locals. They got the verdict, but almost nothing else.

Even that “not guilty” verdict reflects well on the work of the Managers. All fifty Senate Democrats voted to convict, as expected. But the Managers also earned “guilty” votes from seven Senate Republicans. Here’s how tough that is to do: before this trial, over the entirety of American history, the grand total of votes cast by a senator to convict a president of his own party was: one (Mitt Romney, last year in Trump’s first impeachment). With this year’s verdict, that number increased by 700%.

Of course, the verdict matters. You can convince me that, in a criminal trial, it’s the only thing that matters. But impeachment is different. Impeachment is for the books. And the Managers presented the facts so clearly that even Republicans who voted “not guilty” agreed about what actually happened. After the trial, Republican Minority Leader Mitch McConnell delivered what would have been a stellar closing argument for conviction. He declared that Trump was “practically and morally responsible” for the January 6 Capitol insurrection — before he turned tail and retreated behind a dubious constitutional assertion that a former official cannot be tried by the Senate. Let’s remember: at heart, Mitch McConnell is Mitch McConnell.

The Managers’ valiant effort was not for naught. I suspect that years from now, when students learn about the 2021 impeachment trial of President Donald Trump, they will understand plainly that he did precisely what the Managers set out to prove.  He lied to the American public about the fact that he lost the election. He spent months whipping his most fervent supporters into a frenzy based on that lie. He pulled every lever of power available to him, and then some, to try to steal the election. He sparked the riot that resulted in a mob of his supporters attacking the United States Capitol. People died, including a U.S. Capitol police officer. Trump knew about the insurrection as it was happening, and his reaction was somewhere between indifference (at best) and outright glee.

The only question, really, will be how he escaped conviction. The answer, of course, is “pure politics.”  But future generations will know what happened, and they will understand why Trump so richly deserves infamy. And that’s worth more than any verdict. 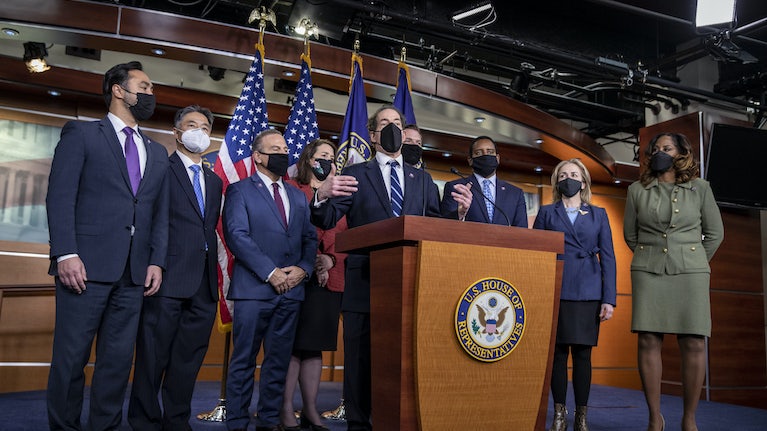 Note From Elie: History As The Final Judge