In my fourteen years as a prosecutor, I took my share of tongue-lashings from judges.

Don’t get me wrong. I wasn’t the rebellious bad boy of the SDNY, and I always was conscious of treating judges with respect. One small lesson I learned early on, for example, was never to address a judge as “you.” It’s too informal, too buddy-buddy. Instead, it was always “Your Honor” or “the Court,” even if that made for some grammatically awkward sentences (“Yes, Your Honor, I am aware of Your Honor’s earlier ruling”). You get used to talking this way, eventually.

But any trial lawyer will tell you that judges do, at times, lash out. Sometimes they’re right, sometimes they’re wrong. (In my cases, of course, they were always wrong. Or almost always.) But the courtroom is the judge’s domain. As a lawyer, you mostly just steel yourself and take it.

But when Kenosha County Circuit Court Judge Bruce Schroeder excoriated prosecutors during the trial of Kyle Rittenhouse — now that was something I hadn’t seen before. The flash of unrestrained rage, the trembling voice, the lack of self-control all suggested a judge who was a bit off-kilter. And by the way, the judge was mostly right when he condemned prosecutors for tiptoeing close to the line of the Fifth Amendment and then for discussing evidence in front of the jury that the judge had previously found inadmissible. Both were amateur moves (maybe worse) by the prosecutors, sure to draw a judicial reprimand (and maybe worse).

But: that rage by Judge Schroeder. It was so sudden, so explosive, so uncontrolled. It was unprofessional and embarrassing. And it was just one incident among many that have caused widespread and well-justified condemnation of the Judge. Let’s run it down.

I’ve seen all sorts of bizarre and inappropriate conduct by judges. One SDNY judge would shop online during trial; you could see the computer monitor from a certain angle near the corner of the jury box. I’ve seen judges fall asleep during trial. I’ve heard judges make grotesque, sexist comments from the bench. And of course, I’ve disagreed with judges’ decisions more times than I could count. The problem with Judge Schroeder is that he pulled together so many of these failings in one package, in a single case.

And he did it with the country watching. No doubt, it’s difficult to preside over a trial in the national spotlight. But it can be done, quite effectively. Take, for example, Judge Peter Cahill, who presided in Minnesota earlier this year over the trial of Derek Chauvin for the murder of George Floyd. Judge Cahill was calm, modest, and soft-spoken, but he also maintained a firm grip on his courtroom. He called the case down the middle; both parties won some and lost others, and no particular decision stood out as inappropriate or wrong. He treated all parties with respect, and he conveyed to the jurors the seriousness of the task at hand. But Judge Schroeder failed in these crucial respects.

As of this writing, on Thursday night, the jury is still deliberating. If the jury does its job correctly, they’ll base their verdict solely on the law and the evidence at trial. And the evidence lends itself to rational conclusions either way. This is not a clear-cut case for either side.

But, of course, a jury is only a collection of human beings, and people inherently react to the atmosphere around them — particularly when an authority figure on a high bench in a robe creates it. Ultimately, that’s the harm done by Judge Schroeder. He embarrassed himself, sure. But, by his conduct, he undermined public confidence in the eventual Rittenhouse verdict, and in the justice system as a whole. 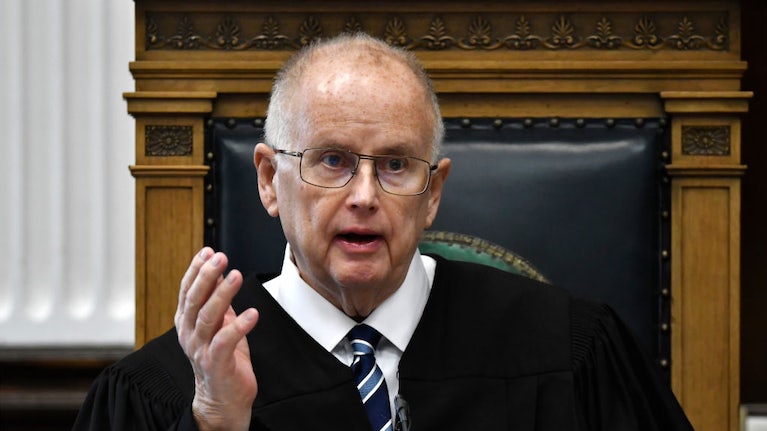