The facts in the trial of former Minneapolis police officer Derek Chauvin for the murder of George Floyd are about as dramatic and explosive as we’ll ever see. A white police officer pinned his body weight on the neck of an unarmed, rear-handcuffed Black man who cried out “I can’t breathe” over twenty times before he died while laying facedown on the street, under the officer’s knee. And the whole thing was captured on crystal-clear cellphone video, which has since become perhaps the most-viewed footage of any human being’s death in world history.

Yet somehow, the tone in the courtroom at Chauvin’s trial thus far has been, if anything, remarkably low-key. Viewers have, by all accounts, been riveted by the Chauvin trial thus far (based on television ratings, social media response, and my own experience with colleagues and friends). Yet we have seen virtually no courtroom histrionics from the primary players. To the contrary, we have — for the most part — seen calm, measured, professional performances across the board.

Prosecutor Jerry Blackwell set the tone with his opening statement. Despite the dramatic nature of Floyd’s death, we saw no yelling, no arm-waving, no podium-pounding from Blackwell. Instead, he delivered an understated, almost soft-spoken opening. Blackwell does not seem like a fire-breather by nature, and his tactic on opening was effective. In a case like this (or any case, really), the star of the show should be the evidence, not the prosecutor. And when you have a nine-and-a-half minute video of the defendant crushing the victim as he dies, you want the jury focused as much as possible on that evidence.

When defense lawyer Eric Nelson stood up to give his opening statement, I thought to myself, “OK, here we go…”  As a prosecutor for over 14 years, I saw defense lawyers attempt virtually every stunt you can think of in court, particularly when their clients faced imposing evidence. One defense lawyer would pretend he was throwing away his prepared notes, pull up a chair (literally) and sit as close to the jury box as he could get while free-associating about the Constitution. Others would come up with silly rhymes or slogans or catch-phrases. One lawyer named Lou Aidala used to tell juries to “Keep your eye… on the dolla.” (Pronounced like his last name. It’s OK to groan.) More commonly, defense lawyers would launch scorching attacks, often in personal terms, against prosecutors, the police, and other witnesses.

Yet Nelson, like Blackwell, was mild and substantive. If anything, Nelson affirmatively worked to take the drama out of the courtroom; he told the jury, “It’s about the evidence … It is nothing more than that.  There is no political or social cause in this courtroom.” As Chauvin’s lawyer, Nelson obviously stands to benefit tactically by taking down the temperature, and he made a smart decision to do just that (or, at least, to try). That’s not to say Nelson’s performance has been flawless; I publicly criticized one of his primary defenses as “utterly terrible” in substance, and some of his cross-examinations have fallen flat or even backfired. But his demeanor and conduct have been steady and professional.

A nod also to both attorneys for getting to the point. Far too often, you’ll read about opening statements that run for hours, or even days. Those stories make me cringe. Any lawyer who bloviates for that long in an opening is just begging to both confuse and alienate the jury. I used to tell fellow prosecutors who I supervised that, if you can’t tell your story on opening in a half hour or less, you’re not doing it right.  Here, Blackwell’s opening ran about 48 minutes (we’ll forgive him for exceeding my rule, much of his openings consisted of video play-backs), and Nelson’s less than half that, about 20 twenty minutes total.

Judge Peter Cahill also deserves credit here. The judge, like a teacher in a classroom, always sets the tone.  I’ve tried cases before judges who would turn red-faced and angry during trial, turning the courtroom into a pressure cooker.  And — perhaps worse — I’ve seen judges who could not control their courtrooms, and failed to police wild antics or inappropriate tactics. Judge Cahill seems to have struck a reasonable balance. His demeanor towards the jury is consistently calm, reassuring, and almost fatherly; he reminds me in a way of Judge Loretta Preska, the revered SDNY judge who most seamlessly combines control and patience.

All of this may be due, in some part, to the bizarre courtroom setup necessitated by the COVID-19 pandemic. Courtrooms typically are closely packed with the key participants. The prosecution team usually sits within a few feet of the defense lawyer and the defendant himself, while the jury sits packed shoulder-to-shoulder in the jury box. As anyone who has ever lived with a roommate in a small apartment can attest, proximity can breed resentment; I’ve seen and heard of aggressive confrontations and even altercations between prosecutors and defense lawyers, and between defendants and cooperating witnesses.  Here, however, the participants are spread far apart, with plexiglass partitions separating them. I imagine that deliberate spacing helps keep things cool.

This is, in a sense, exactly what our criminal courts are supposed to do. Our trial system operates under specific rules of evidence and procedure that are meant to control the conduct of the parties and to ensure that the jury only hears evidence that is relevant, and not needlessly inflammatory. The fundamental idea is to take a dramatic (often complex) event that happened out in the real world, and to present it to the finders of fact in a dispassionate, even-keeled manner that separates out human passion and prejudice.

That’s not to suggest that lawyers are, or ought to be, robotic automatons. There is ample room for creativity, and passion, even indignation. It’s an adversarial process, and nothing gets the adrenaline flowing like some good, old fashioned head-to-head combat. And often the best advocacy combines emotion with substance. But it also can be a wise strategic decision to play it straight and low-key, and both parties in the Chauvin trial seem to have taken that tack, so far.

Ultimately, this is for the best. Obviously, the verdict is the most important outcome, and will be the primary driver of public reaction. But the process matters too. If the public continues to see a calm, measured, orderly process play out in that courtroom in Minneapolis, then it will be more likely to view the verdict as legitimate — or at least as the result of a legitimate process. 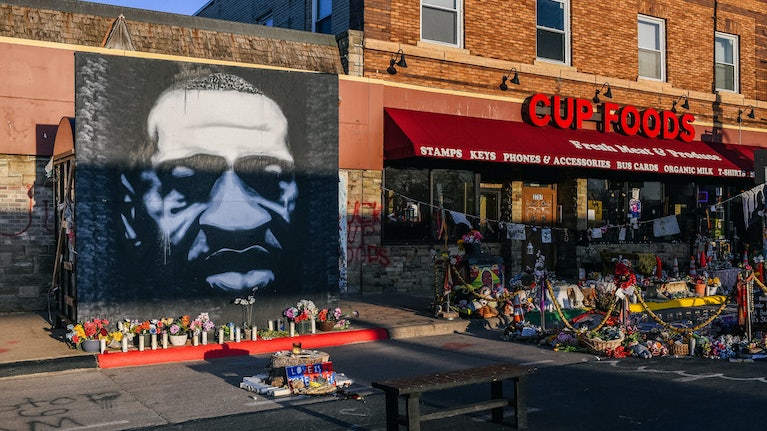