Prosecutors know there is a world of difference between believing something, or even knowing it, and being able to prove it. And when I say “prove” I mean by admissible evidence, beyond a reasonable doubt, to the unanimous satisfaction of a jury. “Great, the guy did it,” we’d sometimes say to one another at the SDNY, “but can you prove it?”

I’m referring, of course, to the recent news that the two prosecutors who had been leading the New York County (Manhattan) District Attorney’s Office’s investigation of the Trump Organization and former President Donald Trump, Mark Pomerantz and Carey Dunne, suddenly and unexpectedly resigned on Wednesday. The New York Times reported that Pomerantz and Dunne, who have been running the Trump case for years, reportedly quit because newly-elected District Attorney Alvin Bragg “indicated to them that he had doubts about moving forward with a case against Mr. Trump.” (Disclosure: Bragg is a friend and former SDNY colleague of mine; I’ve never discussed this case with him. I don’t know Pomerantz or Dunne, though Pomerantz worked at the SDNY before I did and has a very good reputation.)

There’s still much we don’t know. What exactly was the nature of the disagreement between Pomerantz and Dunne (we’ll call them collectively “the team” just for ease of reference) and Bragg? Did the team want to actually indict Trump, but Bragg disagreed? The Washington Post has reported that Bragg’s predecessor, former DA Cy Vance, had “concluded there was enough evidence after a three-year probe to obtain an indictment and conviction” and authorized the team to seek an indictment of Trump from a grand jury. (I have questions about this, as we’ll discuss shortly.) Did the team want to take certain investigative steps that Bragg would not bless? Was the team looking at a longer timeline than Bragg wanted? Or was the problem that Bragg “appeared uninterested” and “has shown minimal interest in the case,” as the Post reported?

In grappling with these unknowns, let’s run down what we do know.

First, Vance and the team had this case for three years, dating back to early 2019. That’s an awfully long time, with next to nothing to show for it. I know, the team had to deal with a detour to fight it out with Trump all the way to the U.S. Supreme Court to get his tax returns. But that’s no excuse at all; an appellate dispute surely diverts some resources, but it wouldn’t cause the entire investigation to ground to a halt. You fight the case on appeal and you carry on with your investigation too. And, I know: “but investigations take time.” Sure, but three years is an awful long time, even for a complex case. More importantly, Vance and the team knew full well his time was running out as the end of his tenure at the end of 2021 approached. Why, then, didn’t Vance pull the trigger while he was in office? If the team was so ready and eager, why didn’t they move to the grand jury two months ago? Has that much changed in their investigation that quickly? Have they gone from “not ready” to “must indict” in a handful of weeks? Bottom line: Vance and the team had this case forever and a half, and they never pulled the trigger.

Second, a case against Trump would absolutely not be “easy,” despite the sensational proclamations of the legal punditry. Any sensible, clear-minded prosecutor knows that you cannot stand in front of a jury and argue, “Hey folks, look. We know there was some fraud at the Trump Org. And Donald Trump is the boss, so he must have known!” That won’t cut it. You need proof (beyond a reasonable doubt) not only that there was in fact fraud, but that your charged defendant knew about it and blessed or participated in it in some manner. How might prosecutors establish Trump’s knowledge? We know he didn’t text or email, so there’s no smoking gun document. There does not appear to be any incriminating wiretap or other recording. And the DA’s office does not appear to have a reliable, credible cooperator who can bring the case home. Indicting Trump on this fraud case sure as hell isn’t “easy,” and it’s far easier said than done.

Third, Michael Cohen is not the savior here. Some observers fancy Cohen as the star witness who can blow the lid off and walk Trump into prison; after all, he did testify in Congress back in February 2019 about the Trump Org’s practice of inflating and deflating the value of its assets. So there you go: call Cohen as a witness, introduce a handful of documents, and sit back and wait for your guilty verdict, right? Let’s keep in mind, first, that the SDNY forcefully rejected Cohen as a cooperating witness back in 2019. The SDNY wrote to the court that “the crimes committed by Cohen were more serious than his submission allows and were marked by a pattern of deception that permeated his professional life (and was evidently hidden from the friends and family members who wrote on his behalf)” and that “Cohen repeatedly declined to provide full information about the scope of any additional criminal conduct in which he may have engaged or had knowledge.” If the SDNY wanted no part of Cohen, why would the DA bank on him as its star witness? The problem with Cohen – as I’ve told him directly, on his podcast – is, first, that his information about Trump is too general. “Trump knew everything” is not the same as “Trump specifically engineered a fraud on this particular transaction.” And second, as the SDNY noted on record, he has credibility issues.

Fourth, the results of the DA’s case so far have been, shall we say, uninspiring. In July 2021, the team unveiled its only criminal charges to date: an indictment of the Trump Org as a corporate entity and its longtime CFO, Allen Weisselberg, on a tax fraud scheme involving payment and non-reporting of certain employee benefits. The indictment is, well, fine, if a bit flaccid as the result of a three-year investigation. It alleges non-reporting of about $1.7 million in taxes, spread over 16 years, which comes out to about $100,000 per year. Not insignificant, but far from a blockbuster, as major tax fraud cases go. More importantly, since July, there has been no action on the indictment. Nobody else has been charged, and no charges have been added against the named defendants. And, while the team apparently aimed to flip Weisselberg, they have not succeeded. Given the indictment itself, and the lack of action since it dropped, I said on air for CNN in late November 2021 that the case looked to be “largely a dud.” Nothing has changed since then.

The bottom line is that it now seems exceedingly unlikely that the Manhattan DA will bring criminal charges against Trump. We still might see more charges against other Trump Org employees, and it seems likely that New York Attorney General Letitita James, who said recently in court papers she had amassed “significant additional evidence indicating that the Trump Organization used fraudulent or misleading asset valuations to obtain a host of economic benefits” will bring a civil lawsuit against the Trump Org and perhaps Trump himself. But the big ticket item – a criminal indictment of Donald J. Trump by the Manhattan DA – simply does not look to be in play. 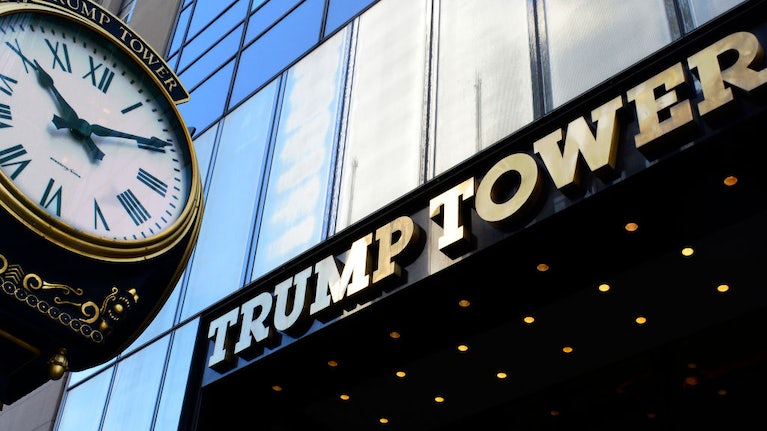 Note from Elie: Manhattan DA Bragg vs. the Trump Investigators