I don’t believe that they actually believe it.

I don’t believe that all Senate Republicans, or a majority of them, or even more than maybe a very small handful, genuinely believe that it’s unconstitutional to try a former official in an impeachment proceeding.

I mean this as a compliment (maybe a backhanded one) to Senate Republicans. I mean this to show that I have respect for their legal abilities and their basic common sense. I also mean this as a comment (and this one is solidly negative) on the disingenuousness of those who will hide behind this flimsy constitutional shield to try to let former President Donald Trump walk away from his second impeachment trial unscathed, despite his unfathomable abuse of power.

Trump’s impeachment by the House put Republican Senators in a difficult spot. On one hand, it is extraordinarily difficult to defend or excuse Trump’s conduct leading up to, and on, January 6; a “not guilty” vote could stick with Senators for all time, branding them as apologists for insurrection. On the other hand, some Republican Senators are probably having night sweats about the possibility of casting a “guilty” vote against their party’s leader, who remains immovably popular with his base. And, as those Senators well understand, they defy that base at their own political risk. They could face the dreaded far-right primary challenge. (Can’t you already see Marco Rubio sweating at the prospect of a challenge from Ivanka Trump down in Florida?) Or they could be formally censured by their own party apparatus, as happened recently to Senator Ben Sasse and Representative Liz Cheney for having the gall to declare that Trump’s conduct was unacceptable — though they should wear these silly internecine reprimands as badges of honor.

To be sure, neither the Constitution nor the Supreme Court have explicitly settled the question about whether the Senate can try a former official.  But that does not mean this is a 50-50 proposition. There are arguments on both sides, but those arguments are nowhere near equally compelling.  In fact, the great weight of authority — bolstered by straight-up common sense — makes clear that it is, and must be, constitutional to try a former official.

First: we’ve done it before. On March 2, 1876, Secretary of War William Belknap resigned in the midst of a scandal. Later that day, the House impeached him. Then, in August 1876, the Senate held Belknap’s impeachment trial (and ultimately acquitted him). 1876 was a long time ago, but the legal principle is the same. To be sure, some subset of the Senators who voted to acquit Belknap did so because they, like some current Senate Republicans, claimed it was too late to convict because the impeach-ee had left office; apparently, the political appeal of a convenient offramp carries across the centuries. But those Senators in the Belknap case, like the 44 Senators who voted to dismiss the current impeachment of Trump, lost their argument, and the Senate proceeded with the trial in both instances.

House impeachment managers have made a compelling legal and practical argument that there cannot be a “January exception.” In other words, there must be some constitutional remedy against a president who abuses power during his final days in office. Imagine if a president tried to disrupt the peaceful transfer of power and stay in office despite losing an election (hypothetically, of course). That would happen only after an election, in the final days of a presidency. Under the reasoning of many Republicans, there could be only two outcomes: either (1) the president succeeds in staying in power, effectively ending our democracy, or (2) the president fails to overthrow our constitutional system, in which case there is absolutely nothing Congress can do about it because, you know, “too late.” Again: I do not believe that Republican Senators truly believe that this is the law, or that this is okay.  And I’m giving them the benefit of the doubt here.

There’s yet another problem with the “can’t impeach a former official” position: it would render the Constitution’s disqualification provision essentially moot. As the House impeachment managers have argued, any official could avoid the penalty of disqualification simply by resigning from office moments before the Senate voted to convict on impeachment. Let’s give the Framers some credit here: they would not have intentionally built in a punishment that could be so easily evaded by the wrongdoer.

I don’t even buy the notion that it’s necessary for the House to impeach an official before he leaves office, by the way. Imagine if we learned, say a month after a president left office, that he had sold military secrets to a foreign adversary. According to most current Senate Republicans, there would be no way even to impeach that former president, never mind to then try and convict him and prevent him from holding office in the future. I’m out on that one, and I suspect Senate Republicans would be too, underneath the current political posturing.

Some Republican Senators have argued — somewhat tongue-in-cheek, I have to assume — that, well, if we start impeaching former presidents, then might as well go after the dead ones too. But there’s an obvious distinction. The Constitution provides two remedies for impeachment: removal from office and disqualification from holding future office. One of those would apply to a living former official (disqualification) while, of course, neither would apply to a deceased president. But hey: if Lindsey Graham wants to be clever and make a point, he can go right ahead and impeach Millard Fillmore.

I suspect that what’s happening here, really, is what I’ve recently heard called “motivated reasoning.”  I know, this is not breaking news: Senators first figure out where they want to land and then backfill the rationale to get there. Shocker, right?

But it’s worth calling out. Now, lawyers do this all the time. It’s the job: determine what outcome best serves your client’s interests and then figure out how to get there. (Though I would carve prosecutors out from this general rule; prosecutors do not serve any individual “client,’ and should land on whatever outcome the facts dictate). But it’s different altogether when a group of Senators who have sworn “to do impartial justice” bend themselves into legal and logical pretzels to serve a crassly political end.

If any Senator chooses to vote not guilty at the end of this trial, and has the courage not to hide behind this bogus constitutional shield, I’ll disagree with him or her on the merits — but I’ll respect the candor and courage in at least addressing Trump’s conduct head-on. But those who do cower behind the fig leaf of “too late, what are you gonna do?” deserve the scorn of their colleagues, their constituents, and the history books. 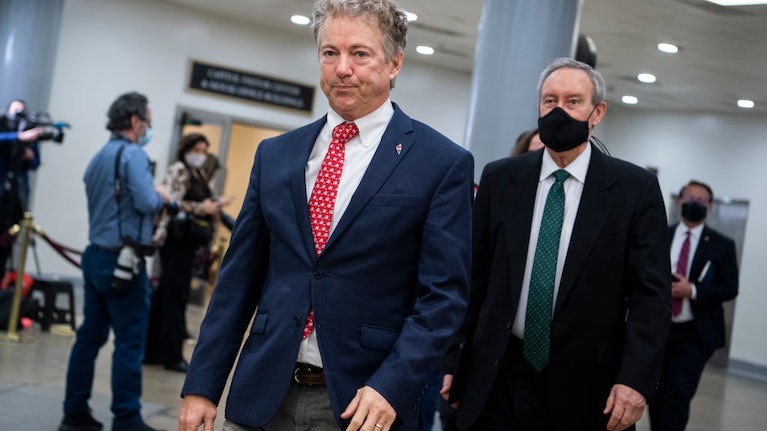 Note From Elie: Profiles in Cowardice