It should be utterly unremarkable when an attorney general nominee declares that he intends to be “the lawyer not for any individual, but for the people of the United States.” Same goes for the uncontroversial commitment to “protect the independence of the Department from partisan influence in law enforcement investigations.” This is basic, Prosecutor 101-level stuff.

Merrick Garland — soon to become Attorney General of the United States, likely with a refreshingly bipartisan vote in the U.S. Senate — said both of these things during his confirmation hearings this week.  Normally, you’d barely notice these statements because they are so obvious, so normal, so conventional coming from the nation’s prospective top prosecutor.

Not anymore. Now these reaffirmations of DOJ’s fundamental independence from politics carry new resonance. Now, after four years of former President Donald Trump and his attorneys general — most dramatically William Barr — treating the Justice Department like just another vehicle to exercise political power, Garland’s straightforward commitment to protect DOJ’s political independence rang out as a sorely-needed return to normalcy. It’s back to basics for the Justice Department.

The contrast between Garland and Barr could hardly be more stark. Barr, despite serving as attorney general twice (the first time under President George H.W. Bush from 1991 to 1993), has never tried a case as a prosecutor. He was, ultimately, a prosecutorial pretender.

Garland, by contrast, worked his way up through DOJ’s ranks, and ultimately supervised some of the highest-stakes prosecutions in United States history: the still-unimaginable 1995 bombing of a federal building in Oklahoma City, and the 1996 Olympic Park bombing in Atlanta. Garland has what we back at the SDNY would’ve called serious “chops.”

It goes deeper. Barr (like his benefactor, Trump) conspicuously refused to directly call out the growing threat posed by right-wing domestic extremists. Garland — who has seen the worst manifestation of such extremism in the Oklahoma City bombing — makes no such bones. Garland astutely drew a link between “the perpetrators of the bombing of the Oklahoma City federal building, who sought to spark a revolution that would topple the federal government” and “white supremacists and others who stormed the Capitol on January 6 — a heinous act that sought to disrupt a cornerstone of our democracy.” Take it from Garland. He has seen the worst of what homegrown hate can do. It’s telling, and chilling, that he now sees us heading down the same path.

Barr also infamously refused to acknowledge the plain fact that there are systemic racial disparities in policing and criminal justice. Garland, by contrast, candidly recognized the problem and vowed to address it, singling out DOJ’s Civil Rights Division as a top priority in his new regime. Count on this drastic policy change at the new Justice Department: civil rights enforcement will go from afterthought to forefront.

Most importantly, Garland seems to understand that, ultimately, DOJ is only as good as its institutional independence. On that score, he is off to a good start. He has said all the right things. But now it gets trickier, and the real tests begin.

Garland has quite an array of politically-charged cases waiting for him on the attorney general’s desk. At once, he will oversee federal investigations of the current President’s son (Hunter Biden), the former President’s personal attorney (Rudy Giuliani), the office of the nation’s highest-profile governor (Andrew Cuomo), and the origins of the highest-stakes investigation of Trump’s first two years in office (the Durham investigation, which — yet again — examines the start of the Russia investigation).

And, on top of all that, there’s the wee little question of what to do about all of the former President’s misconduct, from potential obstruction of justice of the Mueller investigation to hush money payments to Ukraine to election interference to the January 6 Capitol insurrection.

The bad news for Garland is that, no matter what he does on any of these cases, some significant portion of the populace will accuse him of playing politics. Garland has been around the DC world of law and politics for decades, and he certainly must understand that criticism is inevitable. He also, importantly, appears fully ready to do his job, despite what any naysayers might claim.

The beauty of it, from Garland’s perspective, is that there’s a perfect one-size-fits-all answer on all these cases: just call it right down the middle, as one of my former bosses used to say. Let all the investigations play out, without interference or influence from the attorney general or other DOJ bosses, and gather all the facts. Then sit down with the prosecutors and law enforcement agents who know the cases best, assess the facts, and determine whether criminal charges are appropriate and necessary. It’s a bright line rule, and it will well serve Garland — and the Justice Department as a whole — to apply that approach evenly, across the board.

There was a remarkable moment during Garland’s testimony, when he talked about how his own family had come to the United States to escape anti-semitism and religious persecution. Garland choked up as he described why the Justice Department is so meaningful to him. “The country took us in and protected us, and I feel an obligation to the country to pay back, and this is the highest, best use of my own set of skills to pay back,” Garland said. “So I want very much to be the kind of attorney general that you’re saying I could become. I’ll do my best to try and be that kind of attorney general.”

As a DOJ alum (and as a grandson of Holocaust survivors who came to America to escape anti-semitic violence), I was moved by Garland’s remarks. He captured exactly why so many former federal prosecutors feel so strongly about the institution. Sure, it’s a great job to work at DOJ. But, more than that, the Department is the best of what our government does, and can be. Garland seems committed to recognizing the Justice Department’s highest ideals. Easier said than done, sure. But it’s important that Garland has explicitly recognized the challenges that await him, and has committed to meeting them squarely in the years ahead. 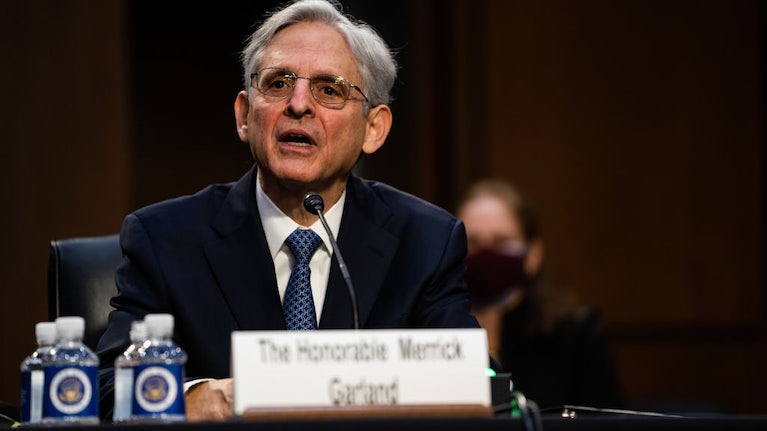 Note From Elie: Pros vs. Pretenders