WASHINGTON – MAY 15: Connecticut prosecutor Nora R. Dannehy gets into a cab as she leaves the Law offices of Patton & Boggs

I made the decision to plead the case out while watching Thomas the Tank Engine.  Well, not exactly “watching” but sitting in the room, staring blankly at the screen and halfway following the very-British travails of Thomas, Percy, and the rest of the train gang.  I had an excuse; I was sitting with my 5- year-old son.  If I was a perfect father, should I have been engaging with him about the content of the show?  Maybe.  Was I actually thinking instead about whether to move forward with a plea deal on a case involving a Gambino Family capo charged with racketeering, assault, extortion, and narcotics trafficking?  You bet.  This was a tough one; we had good evidence and I wanted to try the case but our cooperator was a mess.  It was the right call to plead it.

I can’t even begin to list the situations outside of the office where I obsessed about cases — where I’d chew over legal arguments in my head, consider what order to call witnesses at trial, try out themes for jury addresses.  I thought about cases while out for a run, while changing the kids’ diapers, while driving, even in my dreams.  I used to keep a pen and paper in my night table to jot down 3 a.m. ideas; now I just text myself.  (Funny how those brainstorms that seem brilliant in a half-awake state don’t always hold up the next morning.)

I think all of the best jobs in the world — and, some of the worst, having had those too — stick with you outside the office.  Being a prosecutor certainly qualifies in the “best” category.  The thing is, you don’t just work the job — you live it.  More than any other job I’ve ever had, and I’d guess more than almost any job out there, being a prosecutor becomes part of your identity.

This is why it is a big damn deal that we’ve seen a string of prosecutors resign in protest over the politicization of the Justice Department.  Prosecutors do not resign as some empty symbolic gesture.  They resign at major personal cost, and only if the circumstances make it absolutely intolerable to do otherwise.  Sadly, by now we’ve almost become accustomed to these events.

The sequence has become all too predictable.  President Donald Trump pops off about a pending federal case or investigation, making clear what he’d like to see happen.  Attorney General William Barr, despite his laughable claim that he doesn’t read Trump’s tweets, somehow magically knows exactly what Trump wants.  Barr twists the law, the facts, and longstanding Justice Department norms to engineer Trump’s preferred result.  And then we wait for the resignations.

We saw this play out first on the Roger Stone case.  Trump tweeted incessantly, Barr undercut his own prosecutors’ internally-approved sentencing recommendations, and all four prosecutors walked.  Three of them resigned from the case; a fourth, Jonathan Kravis, left the Justice Department altogether.  Lest there be any uncertainty about the purpose of the resignations, Kravis later wrote in an Op Ed for the Washington Post that “I left a job I loved because I believed the department had abandoned its responsibility to do justice” in the Stone case.  Kravis rightly lamented that “the department undercut the work of career employees to protect an ally of the president, an abdication of the commitment to equal justice under the law.”

The same dance played out on the Michael Flynn case.  Trump railed aloud, Barr snapped into action and sought to dismiss Flynn’s conviction (notwithstanding Flynns own prior guilty pleas), and prosecutor Brandon Van Grack resigned after working the case for over two years.  I don’t know Van Grack (or any of the prosecutors who have resigned) but I assure you, he saw this case in his dreams.  It was no small matter for him to quit.

And, just to confirm that these resignations were not limited to former members of Robert Mueller’s team, respected veteran prosecutor Nora Dannehy resigned from the ongoing investigation of John Durham into the origins of the Russia investigation.  Dannehy’s resignation largely confirms what already seemed apparent: that the Durham investigation is a politically-driven quest to engineer a result that will please Trump (and, hence, his sycophant Barr).

We already knew that Barr doggedly insisted on pushing the Durham investigation even though the Republican-controlled Senate Intelligence Committee, Robert Mueller, and the Justice Department Inspector General each had independently concluded that the Russia investigation was properly predicated.  But Barr didn’t like those outcomes, so just try and try again.  (If Durham disappoints, will Barr commission yet another inquest?  I ask only half in jest).

We already have heard Barr violating Justice Department policy and practice by yapping publicly about not just the existence of the Durham investigation but also its likely outcome.  Barr has publicly used the politically-charged phrases “spying” and the “bogus ‘Russiagate’ scandal.”  And he told Fox News about the Durham probe that “my own view is that the evidence shows that we’re not dealing with just mistakes or sloppiness, there was something far more troubling here.”  Could Barr telegraph where this is going any more openly?  Justice Department norms and ethics be damned.

I’ll say here what I would occasionally say to a jury after they had heard weeks of evidence about wrongdoing: Please, do not go numb.  I know there’s a lot going on, and I know you’ve heard about many bad things, about Barr’s degradation of the Justice Department to serve Trump’s political wants and needs.  But don’t let these resignations fade into the routine drumbeat of Justice Department business.

During my time at the Justice Department, under administrations of both political parties, the notion of a prosecutor resigning from a case was almost unthinkable.  It certainly never came up in anything I did or knew.  It was never an issue because, regardless of party, the Justice Department stood above and apart from partisan politics.

But things are different now, under Trump and Barr.  We’ve now seen six accomplished, career prosecutors resign from three high-profile, politically charged cases.  They did so at great personal cost, and they did so for a reason: to alert us that something has gone horribly wrong at Bill Barr’s Justice Department. 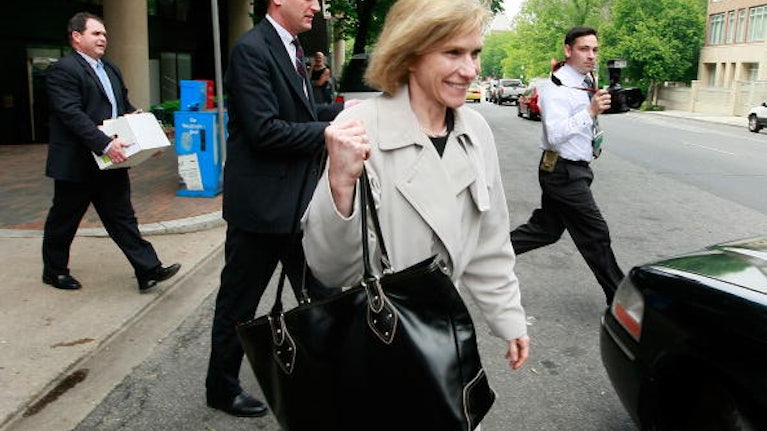 Note From Elie: Prosecutors Resign at Major Personal Cost, Not For Some Empty Symbolic Gesture