New York City Police Officer Danny Shea, a military vet, salutes at the North pool of the 9/11 Memorial during the tenth anniversary ceremonies of the September 11, 2001 terrorist attacks at the World Trade Center site. Photo by David Handschuh-Pool/Getty Images

My brother called a bit before 9:00 a.m., which was unusual.  “What’s up?” I asked him, slightly annoyed and a bit wary.  “Did you see that a plane hit the World Trade Center?” he asked.  My first reaction – I admit – was “Ok, that’s bad, but how bad could it be that it warrants a weekday morning phone call?”  Stuff happens all the time.

I was at my desk at the law firm where I had just started working in Washington DC, a year and change out of law school.  I checked the internet.  The New York Times homepage was slow to download before it stalled out and I got one of those “System Error” type messages.  I did, however, get a partial, grainy photo image of what appeared to be a small-ish plane heading towards the World Trade Center.  Again, it didn’t register as much.  Looks like a recreational prop plane, I thought.  Bad accident.  Back to work.

A few minutes later, a fellow associate popped his head into my office and said, “Hey, did you see two planes hit the World Trade towers?”  At that point, I had the same “Holy Shit” moment that everybody else experienced at some point that morning.  One plane could be anything.  Two planes could only be one thing.

I ran across the hall to the office of a partner who had an external window, facing south towards the National Mall (as a junior nobody, I only had an internal office with a window to an atrium).  From his office television, we followed the frantic news coverage.  I won’t try to recap it here.  Everyone remembers.

But we did have one unique, live visual out of the partner’s window: a massive plume of smoke, rising from what we quickly learned was the Pentagon, located exactly 2.9 miles away from our firm’s office building.  False rumors started flying that the National Mall had been hit, that the Washington Monument had been destroyed, that there were armed enemy gunmen on the streets.  It was hard to tell what was what, but that smoke was most definitely real.

People started to stream out of the building.  I stayed put, for a mix of illogical and confused reasons, for another hour or so.  I then left the building and walked back to my apartment.  I remember that when I got to 16th or 17th street, I cast a glance to the left and was mildly surprised to see the Washington Monument standing, undisturbed.  (Hours later, I’d walk again through Downtown DC, back to the office to grab some files, because I had a filing due in a pro bono death penalty case the next day; I’ll never forget the surreal quiet on streets populated mostly by armed military and law enforcement officers, some of whom gave me quizzical “What the hell are you doing?” looks, rightly.)

I’ve always been too intimidated to write about September 11.  It feels too big, too tragic, and I suffered no direct personal loss, when thousands lost everything.

But every year on this day (and others) I do feel an acute sense of gratitude and awe to the passengers on United Flight 93.  What they did is well-known and now an indelible part of history.  Once the passengers realized that their plane had been hijacked and was likely to be used as a weapon against targets on the ground, they stormed the cockpit and forced the plane down in an empty field in Shanksville, Pennsylvania.  The bravery is beyond description.

Nobody knows what would have happened if the passengers of Flight 93 hadn’t fought.  But the 9/11 Commission found, and it is generally accepted, that that plane was headed for either the White House or the Capitol building.  Many more people would have died if that plane had gone down in the middle of DC, rather than an empty field in Pennsylvania.

My law firm’s office was located at 1201 Pennsylvania Avenue.  If you draw a diagonal line on a map directly from the White House (1600 Pennsylvania Avenue) down to the Capitol, my law firm’s office would be right on that line.  I was exactly sixth-tenths of a mile from the White House and 1.1 mile away from the Capitol.  (Google Maps is getting a workout today.)  Could a plane moving at hundreds of miles per hour with a terrorist at the helm have overshot or undershot its target by a few hundred yards?  Could the field of wreckage and collateral destruction from a direct hit have spread that far?  Maybe.  I’d very likely have been fine, but maybe.  There’s no way to know.

There’s nothing more I can say about the bravery of the passengers on Flight 93 that hasn’t already been said many times over and that isn’t obvious.  They sacrificed so others could live.  It’s that simple.  They didn’t know who those others might be, and it didn’t matter.  They certainly saved hundreds of lives, and thankfully we’ll never know whose lives those might have been.

Sacrifice takes many forms.  We sacrifice, big things and small, for our kids, our family, our friends.  It’s rare that we sacrifice for strangers, particularly when that sacrifice costs everything.

Every year, the arrival of September 11 on the calendar reminds me to be grateful – for the sacrifices of others, and for the everyday things, the small things, the things we take for granted.  This year, that notion of gratitude has taken on new resonance since Coronavirus arrived and changed much about mundane, day-to-day life.

I know, concepts like sacrifice and gratitude are broad and simple and uncontroversial.  Sometimes they even veer into cliche.  But 9/11 is a day when the cliches ring true, when it’s worth being hokey for a bit to think about bigger things.

So on this 19th anniversary (somehow) of 9/11, I’m grateful beyond description to the men and women of Flight 93, and to first responders who saved countless lives that day and every day.  And that gratitude now extends to those who hold together everyday civic life: our military, medical professionals, law enforcement, teachers, postal workers, retail workers, and many more.

Nothing was the same after 9/11, and it won’t be after Coronavirus either, in different ways.  But we can use these occasions to remember and appreciate the best among us, to be grateful for what they sacrifice, and to appreciate life, every day we get.

Sign up to receive Note From Elie in your inbox every Friday: cafe.com/brief 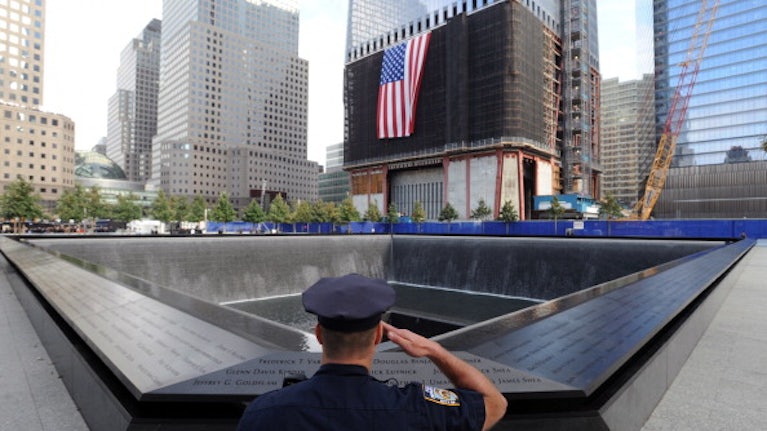 Note From Elie: Reflections on the 19th Anniversary of 9/11