Watch the clock, folks. Because I guarantee you Kevin McCarthy is doing just that.

The ultimate success or failure of the House Select Committee to Investigate the January 6 Attack on the United States Capitol could come down to time. Will the Committee have enough time to complete a full investigation, or will House Republicans (aided by the Committee’s own semi-casual pace) run out the clock?

Let’s do some calendar math. The Capitol attack happened, of course, on January 6, 2021. The current Congress (the 117th) sits until January 3, 2023, when the 118th will be sworn in based on the results of the November 2022 midterm elections. We don’t yet know who will control the House in 2023, of course, but recent history tells us that first-term presidents tend to lose ground in their first midterm elections. Donald Trump lost 40 Republican House seats and the majority in 2018. Barack Obama and Bill Clinton lost 63 and 53 Democratic House seats (and the House majority) in 2010 and 1994, respectively. George H.W. Bush, Ronald Reagan, and Jimmy Carter also lost House seats in their first mid-terms. (George W. Bush actually gained eight seats in 2002, the lone recent exception.) Democrats currently hold a razor-thin margin in the House of 220 to 212 (with three vacancies). If Democrats lose just five net seats to Republicans in 2022, the House will flip.

If that happens, it’s effectively over for the Committee. McCarthy — who has spearheaded Republican efforts to keep the Committee from doing its work — will likely graduate from Minority Leader to Speaker of the House. Whoever becomes Speaker, a new Republican majority will surely put the Committee to bed, quickly. And even if Democrats hold control of the House, there’s a practical limit on how long the Committee can take to do its work without losing political support and public focus.

So we’ve got a two-year outlook here, from January 2021 to January 2023. After the January 6, 2021 Capitol attack, it took until July 2021 — six months — for the House to formally create the Committee. If this was a football game, the Committee would’ve taken the field just as the first quarter ended.

No doubt, McCarthy bears much of the blame (or, depending on one’s viewpoint, credit) for this slow start. He played political games, he obstructed, he nominated a silly slate of Republican representatives to serve on the Committee (including Jim Jordan, who will likely be a subject of the inquiry itself). House Democrats also take some blame here. Couldn’t they have pushed the issue, forced McCarthy’s hand earlier, and gotten the Committee up and running by, say, April? Alas: six months wasted, 18 months left to go, at that point.

At the end of July, the Committee held its first public hearing, at which DC and Capitol police officers gave compelling testimony about their harrowing experiences on the ground. That was vital testimony, and a fitting start to the Committee’s work. But it also was far from the end. One of the officers, Daniel Hodges, aptly reminded the Committee that it had plenty more to do: “You guys are the only ones we’ve got to deal with crimes that occur above us. I need you guys to address if anyone in power coordinated or aided and abetted or tried to downplay, tried to prevent the investigation of this terrorist attack because we can’t do it.”

In the seven weeks since then, the Committee has held no further public hearings, while members have gone on summer recess. The Committee has, however, sent notices to phone service providers instructing them to preserve records (a likely step precedent to serving subpoenas formally demanding those records), including those relating to McCarthy and others who likely have information about the White House’s response on January 6. As a reminder, McCarthy reportedly spoke with Trump as the Capitol attack occurred and beseeched him to call off his people; Trump, in turn, lashed out at McCarthy and accused him of not caring enough about Trump’s electoral fate.

Responding to news of the Committee’s document requests, McCarthy predictably offered up nonsensical bluster about how the service providers would violate some unspecified (that is, nonexistent) federal law if they complied. This much is clear: McCarthy is going to fight, every inch.

Let’s go back to the calendar. It’s now mid-September — over eight months gone, just about 16 months to go. Let’s assume the Committee acts quickly and subpoenas phone records by the end of this month. McCarthy surely will challenge those subpoenas in the courts. Those legal challenges realistically will take months to resolve, at least; the dispute over the House’s subpoena to Don McGahn, for example, took nearly two years to wind through the federal courts.

On a similar slow track is the Committee’s efforts to obtain records from federal agencies. Trump has already declared that he will invoke executive privilege to challenge these requests. If he does follow through, Trump likely will lose in court — it’s generally established that the current administration controls executive privilege, not the past administration whose communications are at issue — but he, too, will do his part to slow down the Committee’s work through litigation.

Any way you cut it, legal disputes over the Committee’s document requests and subpoenas almost certainly will carry into early-to mid-2022. And they’ll just be a brisk warmup for what’s next: legal battles over testimony from key witnesses, including McCarthy himself and potentially other members of Congress.

There are two problems here. First, the Committee can’t fully question key witnesses if it doesn’t have the phone records and other documents. Any prosecutor knows that, ideally, you first get all the documents and then use those to guide your decisions about who to call as a witness, and what to ask. Without those documents, you’re flying at least partially blind. So the Committee can wait until the document disputes are resolved in court — again, we’re talking well into 2022 — or it can proceed with less than full information.

Second, if and when the Committee does get around to subpoenaing McCarthy, then we’ll surely see yet another pitched legal battle. No way McCarthy testifies voluntarily, or complies with a subpoena. He’ll go to court and, again, at a minimum, drag this thing out even further. And that’s assuming Democrats have the political will to issue a subpoena and then fight for McCarthy’s testimony — which is far from certain. Either way, litigation seems almost certain to stretch through the end of 2022 or early 2023. At that point, it may well be over, as the new Congress takes office, potentially with Democrats in the minority.

Here’s the bottom line. McCarthy is going to drag his feet and kick and scream and fight every single move the Committee makes. He probably won’t “win” much on the merits. But he also could well run out the clock.

The Committee, and House Democrats, do have some say here. They are, after all, the majority. Now they need to act like it. Why did it take six months to form the Committee? Why in the over two months since then have we had just one public hearing? Why haven’t they issued a single subpoena yet? The Committee ought to issue those key subpoenas right away and, if McCarthy fights, get it right into the courts (and demand expedited review). Same thing with witness subpoenas. Don’t dally; just issue the subpoenas and get the fight teed up as quickly as possible.

Unless McCarthy suddenly becomes far more compliant (and that’s just not going to happen) or House Democrats pick up the pace, then the Committee will, at best, issue incomplete findings. That’s a travesty. But it also seems increasingly inevitable, every day that passes. 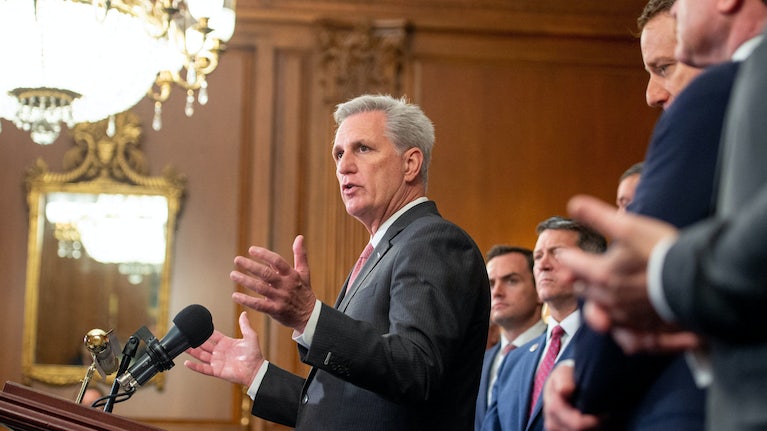 Note From Elie: The January 6 Committee is On the Clock