In all of human history, no person has ever been as delighted to get indicted as Steve Bannon.

Bannon, of course, has now been charged by the Justice Department with criminal contempt of Congress. And, boy oh boy, is he loving it. Why not? Consequences appear minimal, in Bannon’s likely estimation. Maybe he beats the case and becomes a hero, to some. And even if he does eventually get convicted, he’ll go to prison for at least a month (due to an unusual mandatory minimum provision in the misdemeanor contempt law) but no more than a year. And wouldn’t Bannon just relish that? Go in for a few months, play up the martyr act, write a prison memoir, emerge triumphant, make the fringe conspiracy-theory media rounds, resume demagoguery, accelerate fundraising.

(Roger Stone must have been watching Bannon parade through the media fracas outside the courthouse with wistful envy. Once upon a time, Stone was the focus of the cameras, the center of the melee, the sniveling, peacocking, ill-attired Nixon knock-off. No doubt, he’ll try to join Bannon in contempt of Congress, when the opportunity presents itself.)

The Committee also has now held in contempt disgraced former DOJ official Jeffrey Clark, who tried to run a coup inside the Justice Department to help Trump steal the election. Clark threw the Committee a curveball when he belatedly, through counsel, raised the prospect of invoking the Fifth Amendment for the first time just about an hour before the Committee’s contempt vote. But the Committee turned it back on Clark. You want to take the Fifth? Fine. Come on in, answer our questions, and you can take the Fifth. Not through counsel, not in a letter, but in person, yourself, live. Over and over. And then we’ll make you own it, wear it, eat it, for all time. We’ll remind anybody who questions whether anything really bad happened on January 6 that a former top DOJ official took the Fifth because he had legitimate criminal liability. As a practical matter, if Clark does this, it’ll become essentially impossible to prosecute him for contempt of Congress; he does have the right to take the Fifth. But it’ll be a permanent stain on Clark, and potent political weaponry for the Committee.

Clark’s initial defiance, like Bannon’s, was so brazen that to do anything less than hold them in contempt would open the floodgates to mass, consequence-free noncompliance by all the Trump acolytes who have now been subpoenaed by the January 6 Select Committee. It seemed for a moment that that’s exactly where things were headed: a lineup of stonewalling witnesses, a drumbeat of contempt citations by the House, perhaps followed by criminal contempt prosecutions by DOJ (though it remains unclear whether Attorney General Merrick Garland has the appetite to pursue criminal charges against anyone beyond Bannon, should any more contempt referrals come his way).

But something interesting happened this week: the Committee and Mark Meadows, Trump’s former chief of staff, reached an agreement for Meadows to cooperate, at least in some limited manner. Ever since the Committee included Meadows in its first batch of subpoenas on September 23, they’ve been playing a game of chicken. After eight weeks of unproductive negotiation, Schiff went on the Sunday shows on November 14 and, when asked about a possible contempt vote, declared that “I’m confident we’ll move very quickly with respect to Mr. Meadows.” Confident. Very quickly. Yet the Committee did no such thing. Instead, they sent Meadows the dreaded sternly-worded letter.

Somehow: it worked. Or something worked. Maybe it was the letter; maybe Meadows isn’t so blase about the possibility of a federal indictment as Bannon seems to be; maybe the Committee didn’t want to go to the mattresses on this one. Whatever the cause, the result is at least a temporary, partial truce.

So now Meadows will cooperate, to some extent. Of course, we still don’t know how this’ll go in practice. What happens when the Committee asks an important question about Trump that Meadows doesn’t want to answer, or a question that Meadows claims is protected by executive privilege? Maybe the Committee just glides past it and makes do without the information, or maybe they end up in a standoff that scuttles the deal or lands in court. But the bottom line is that, for the Committee, some cooperation from Meadows is preferable to none at all.

It’s now becoming clear that the universe of Trump-loyal January 6 witnesses will break down into two categories. You’ve got, on one hand, the true believers, the conspiracy theorists, the MAGA-for-lifers: Bannon and Clark for sure, likely to be joined at some point by Stone, Michael Flynn, Stephen Miller, Alex Jones, John Eastman.

And then you’ve got the still generally Trump-loyal folks who are a bit more prison-averse, who would like to avoid criminal charges while also preserving their reputations as at least semi-reasonable participants in our governmental system. Meadows leads the way here, and we’ll see if others join him in agreeing to at least some cooperation with the Committee — perhaps Kayleigh McEnany, Dan Scavino, Kash Patel, and others.

Keep in mind, the Committee has obtained extensive information from non-controversial sources. They’ve interviewed over 150 witnesses in total, including former DOJ and White House officials. And the Committee has fought hard in court, quickly, to obtain key internal White House documents, over Trump’s executive privilege objections. The parties argued that case in the Court of Appeals this week. I listened to it and, while I try to avoid outright predictions, I’ll make one here: the Committee will win this one in the Court of Appeals. (The big question, then, will be whether the Supreme Court takes it up next).

We’re now eleven months removed from the January 6 attack. Time is of the essence, and will run out if the Democrats lose control of the House next year, which seems likely, given historical precedent. But after a slow start, the Committee recently has made appropriately aggressive, good faith efforts to obtain key records and testimony, even from hesitant witnesses. They’ve dropped the hammer — at least the only hammer available to them — by going after Bannon and perhaps Clark for contempt. And they’ve reached a seemingly reasonable accommodation with Meadows, perhaps with others to follow. Time is short, and the terrain remains uneven. But, by and large, the Committee is making palpable progress towards the truth. 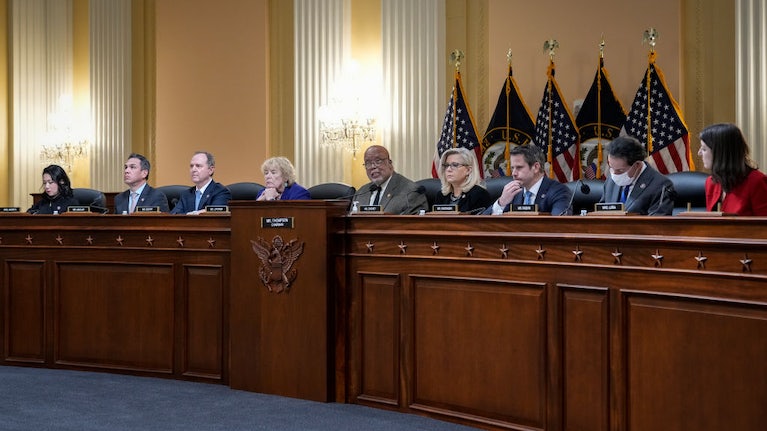