Some legal terms sound like a much bigger deal than they are. I don’t mean the fancy Latin phrases — your “res ipsa loquitur” and “mens rea” and the like — I mean even the English ones.

Take “conspiracy,” for example. That word typically brings to mind secret backroom deals, intricate plots, dark intrigue, cover-ups — from the real life version (Watergate, for example) to the fantastical (say, The Da Vinci Code). But a legal conspiracy can be, and almost always is, so much less than all that. As we prosecutors used to explain to juries, a conspiracy is simply a meeting of the minds — an agreement, stated or unstated — between two or more people to commit a crime. Any time a drug trafficker delivers a ziplock bag of cocaine to a street-level dealer, that’s a conspiracy.

“Sedition” is another of those widely misunderstood legal words. Before the administration of President Donald Trump — more precisely, before it became clear that he had lost the election but wouldn’t go out without trying to burn down the whole system — we hardly had recent occasion to even think about sedition. The word brought to mind primarily events of centuries past: Benedict Arnold, or Harpers Ferry, or the Rosenbergs.

The Justice Department has not filed sedition charges against anyone since 2010, when federal prosecutors charged members of a Michigan-based militia called Hutaree. The judge threw out that case for insufficient evidence. The last successful federal sedition prosecution happened over 25 years ago, when the SDNY tried and convicted Omar Abdel Rahman (the “Blind Sheik”) and others for several terrorist acts and plots, including the 1993 World Trade Center bombing.

Prosecutors now are considering and seem to be leaning towards filing sedition charges against at least some of the people who stormed the Capitol on January 6. We know this in part because Michael Sherwin, who had been leading DOJ’s investigation of the insurrection and now works elsewhere in the Department, said so in an interview with 60 Minutes. Sherwin, seemingly trying halfheartedly (and unsuccessfully) to avoid commenting on the substance of a pending matter, offered this fairly conclusory assessment: “I personally believe the evidence is trending toward that [sedition charges], and probably meets those elements. I believe the facts do support those charges. And I think that, as we go forward, more facts will support that.” Not much of a poker face there from Sherwin.

It is, by the way, entirely inexcusable that Sherwin gave this high-profile public interview while working as a federal prosecutor. Worse, he commented on the substance of pending investigations that he once had supervised. I was trained at the SDNY (correctly, and in accordance with DOJ’s explicit written policies) never to speak with the media about any pending matter. Sherwin surely knew this — every prosecutor does — and he flouted the rules, potentially jeopardizing the cases DOJ has brought and will bring against the January 6 insurrectionists by making improper statements outside of the courtroom and to the public. The Justice Department rightly has now referred Sherwin for potential disciplinary action.

While Sherwin’s decision to give the interview was badly misguided, his assessment of the sedition law looks spot-on. In fact, sedition charges seem to be an easy fit here against the people who stormed the Capitol on January 6.

The federal sedition statute applies to three primary scenarios. First, the most dramatic and most widely-understood definition: “to overthrow, put down, or to destroy by force the Government of the United States, or to levy war against them.” There is a sound argument, at least with respect to some of the January 6 insurrectionists, that this is exactly what they intended to do. But this provision could be a stretch as applied to at least some of the rioters — those who entered the Capitol but didn’t pre-plan or do much once inside — and it’s a high evidentiary bar as to any defendant.

And here’s where the simpler, less drastic applications of the sedition law kick in. Sedition, under federal law, also can apply to any effort “by force to prevent, hinder, or delay the execution of any law of the United States.” That provision of the law applies squarely here: the express purpose of the Capitol rioters, and those who spurred them on, was to delay and perhaps prevent the counting and certification of electoral votes, inarguably a governmental function. That’s precisely why Trump scheduled his rally for January 6 (the day of the electoral vote count) and that’s why the rioters stormed the Capitol (the physical location of the vote count). In fact, they succeeded in at least delaying the electoral count. This is an easier fit than the “overthrowing the government” subsection of the sedition law.

But it gets easier still, for prosecutors. Sedition also applies when a person attempts “to seize, take, or possess any property of the United States contrary to the authority thereof.” The rioters physically entered and took over the Capitol — or at least tried to, and succeeded, at least temporarily.

I do expect the Justice Department to lodge sedition charges against some of the Capitol rioters; Sherwin’s comments unsubtly foreshadowed that outcome. Those charges will be well-supported in fact and law. And those charges vindicate an important public interest.

The big question, of course, is how high it all goes. Will DOJ limit sedition charges to the low-hanging fruit, those who physically stormed the Capitol? Or will the Department make good on Attorney General Merrick Garland’s promise at his confirmation hearing: “We begin with the people on the ground and we work our way up to those who are involved and further involved and we will pursue these leads, wherever they take us.” Indeed, the January 6 rioters, and those who helped to plot and incite the riot, didn’t merely trespass or destroy federal property — they did something far worse. 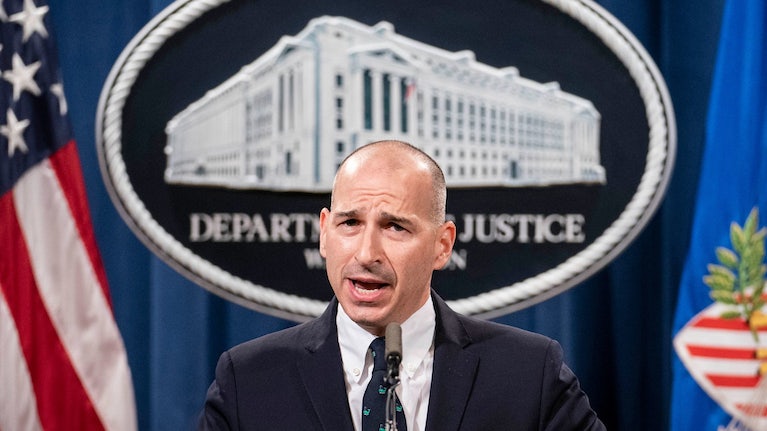 Note From Elie: The Truth About Sedition