As we brace for a balance-of-powers defining showdown between Congress and the Executive Branch (current and past administrations alike), all eyes are, rightly, on the combatants: the January 6 Committee, the Justice Department, President Joe Biden, and former President Donald Trump and his acolytes. But we also need to focus on that third branch of government, the Judiciary, which will referee the impending inter-Branch struggle. The outcome of the legal showdown ahead could largely depend on how well, and how quickly, the federal Judiciary can respond to the demands that it will soon face.

It has become axiomatic that the federal courts are slow, and indeed they are. But usually this lament is accompanied with a “Hey, what are you gonna do?” and a shrug of the shoulders. After all, judges wear the robes and sit up high and bang the gavel. Judges ask the questions, they make the calls, and they do it on their own time. Federal judges have life tenure, so they don’t need to impress anybody. Judges are, in a word, intimidating. Take it from somebody who has absorbed his share of browbeatings.

But that doesn’t mean we have to passively accept everything the Judiciary does as immutable, or immovable. A funny thing happens as you get older in the legal profession: you start to know judges, personally. To a young prosecutor, every judge loomed larger than life, and seemed to be carrying out a higher will of sorts. But then, one day you’ll hear that a former supervisor has become a judge. Then a few personal friends and contemporaries. Eventually, even younger folks, people who I supervised, take the bench. (A real mid-life wakeup call, actually.) At that point, you realize that judges aren’t automatons and they sure aren’t perfect. They’re human beings who eat lunch and make jokes and sometimes make mistakes. And like any other person, a judge can make a conscious effort to do things differently, or better.

Which brings us to the issue of timing. Trump the businessman fancied himself a master of “The Art of the Deal.” Trump the politician has mastered The Art of Delay.

Over two years ago, in April 2019, as Robert Mueller finished up his work and passed the baton to Congress, Trump strolled out to the White House lawn and announced, “We’re fighting all the subpoenas.” We scoffed, but he did just that. And it worked. After release of the Mueller report, Trump and his people either ignored Congressional subpoenas or fought them in the courts. The dispute over a subpoena to former White House counsel Don McGahn, for example, languished in the federal courts for nearly two years until he finally testified in June 2021 — well after everyone had moved on. Even then, the courts hadn’t finally resolved the McGahn subpoena question; the parties put a merciful end to the proceedings by working out an agreement.

And when Trump got himself impeached in 2020 over his effort to extort Ukraine, other key witnesses took shelter behind the mere threat of litigation. Impeachment investigators sensibly calculated that they simply could not wait out months-long (or longer) court battles. Instead they just did the best they could with witnesses who were patriotic enough to do their duty and testify voluntarily, like Marie Yovanovitch, Fiona Hill, and Alexander Vindman. (John Bolton, on the other hand, sat on his incriminating information and saved it for his book.)

Yes, federal judges are extraordinarily busy. They must balance crushing dockets of cases, criminal and civil, and the backlog in some federal districts has reached alarming levels. But there’s nothing magical about a judge’s docket. There’s no rule that cases must be considered in the order in which they’re filed. It’s not a deli counter.

Judges absolutely have the power and discretion to prioritize. That’s what must happen here. In the wake of Trump’s slow-play tactics, House Democrats introduced legislation requiring federal courts to expedite their review of disputes relating to congressional subpoenas. But that legislation never got much political traction.

So it will fall to federal judges themselves. Here’s my suggestion (respectfully, of course; I’ve still got that old SDNY training). If you get a case on your docket that involves core issues of balance-of-powers, congressional oversight, and executive power — how about we move that one to the top of the pile? If a case involves a time-sensitive dispute over a witness to an insurrection — slide that one up the queue. Let’s not repeat the McGahn experience here and let these lawsuits linger for months, or years, on end.

The cases that are about to play out over executive privilege and congressional oversight surely are complicated, and without much on-point precedent. So they’ll take some work. But, again: judges set the timetables. The parties don’t need months for briefing. Give them two weeks each. That’s a bit rough on the lawyers, but mark my words, they’ll get it done. I know from experience that anytime a federal judge sets even the most crushing deadline, the parties will meet it, somehow. And then, once you have the briefs and have heard arguments, take another couple weeks — not months — to issue a ruling. Same to the courts of appeals, who will inevitably get involved. There’s no reason other than institutional inertia that a subpoena dispute should take more than three or four months to resolve, appeals and all.

Like so many other issues, this one will come down to a basic question of will. Over the coming weeks, we’ll see whether Trump and his people have the will to resist the subpoenas (a sure thing, at least for some of them), whether the Committee has the will to take them to court (likely), and whether Attorney General Merrick Garland and DOJ have the will to file criminal charges (possibly but it’s complicated, as I wrote a few weeks ago).

Judges are part of the equation too. If they stick to the same archaic practices that have long defined our courts then these cases will drag on, potentially until the clock runs out, politically or practically. But if judges recognize the imperative of the moment, they simply must speed it up. Otherwise, regardless of the merits of the cases before them, they’ll let delay prevail. 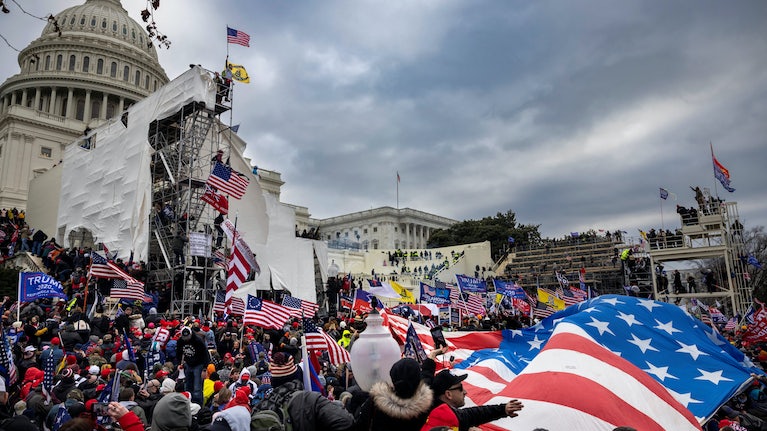 Note From Elie: Trump Has Mastered The Art of Delay