Note from Preet: Pride in Policing

What will you remember about the trial of Derek Chauvin? I don’t mean the outcome; I mean which details, which words, which images will stay with you, even years from now? There are many seemingly unforgettable moments. The plaintive pleas of George Floyd as he was killed: I can’t breathe. The prosecution’s rebuttal chart, a dot depicting each of Floyd’s 17,026 days of life. The anguished testimony of traumatized bystanders who wished they could have done more. The witnesses who sobbed on the stand.

The searing final words of prosecutor Jerry Blackwell, who said, “You are told. . . that Mr. Floyd died because his heart was too big. . . [T]he truth of the matter is that the reason George Floyd is dead is because Mr. Chauvin’s heart was too small.”

Certainly the video itself. Nine minutes and twenty-nine seconds of slow-motion murder before your very eyes, though I confess that some things in the video I didn’t focus on in quite the same way until they were pointed out and amplified by the prosecution. For example, the respectful way Floyd addressed his eventual killer: “Mr. Officer.” That was a gut punch. “Mr. Officer, please. I can’t breathe.” Then there was Chauvin’s nonchalance, his legally significant indifference. I had been well aware of Chauvin’s immovable knee and his hands casually tucked in his pockets. But the prosecution orally annotated the video, describing how – even as he was snuffing the life out of George Floyd – Chauvin was picking pebbles out of the tire of his police vehicle. That is how calm and uncaring the defendant was. That was newly horrifying.

Overall, the prosecutors’ case was efficient and organized. They methodically marshalled evidence in support of each element. They deftly forestalled and rebutted each defense argument.

But there was one thing that, for the most part, was missing in the presentation. The omission was not legally material, and it was rectified in summations. I’m referring to Chauvin’s motive – why did he kill Floyd, why did he ignore the beseeching bystanders, why did he fail to render aid? Was he a racist or a sociopath or have some particular animus towards George Floyd? Motive in this case was irrelevant to guilt, but still people want to understand the mindset of a murderer. It’s human nature.

This is what I wrote in my book, Doing Justice:

“It surprises people to learn that a criminal’s motive – which is what books and movies and police procedurals sometimes obsess over – is generally not an element of the crime. Intent, as I’ve said before, is relevant to guilt and often hard to prove, but intent and motive are distinct concepts. Intent is that you meant to do the thing – pull the trigger, kill your victim – that it wasn’t an accident or a mistake; motive is why you did it.

Why someone robbed a bank or killed a person or cooked the books is most often legally irrelevant to guilt. But it is deeply relevant to the jury who must decide guilt. Without addressing motive, the story is incomplete, and incomplete stories are less compelling. That is why prosecutors talk about greed and power and jealousy and revenge, not because the statute demands it, but because jurors need to understand the case, not just in their brains, but in their guts, so they can carry out the terrifying duty of rendering a verdict.”

Not until summations did prosecutors offer their own surmise of why Chauvin did what he did. It was not a lot, and it may not be correct, but they didn’t dwell on it and it was at least something. It was the prideful assertion of power.

This is what prosecutor Steve Schleicher said in summation:

“You saw the photo, you saw the body language. You can learn a lot about someone by looking at their body language. The defendant facing down that crowd. They were pointing cameras at him, recording him, telling him what to do, challenging his authority, his ego, his pride, not the kind of pride that makes you do better, be better, the kind of ego-based pride, but the defendant was not going to be told what to do.

He was not going to let these bystanders tell him what to do. He was going to do what he wanted, how he wanted for as long as he wanted, and there was nothing they could do about it because he had the authority. He had the power of the badge and the other officers and the bystanders were powerless. They were powerless to do a thing. The defendant, he chose pride over policing.”

After hours and hours of presenting the how, the what, the who, and the when of the case, there was this modest attempt to address the why. You can decide for yourself whether the theory is satisfying or accurate, but I think it was important for the jury to hear it.

That display of vicious power and pride on May 25, 2020, stood in stark contrast to the Chauvin we saw in the final scene of the trial, one more image I will never forget – the sight of former police officer Derek Chauvin being led away in handcuffs. 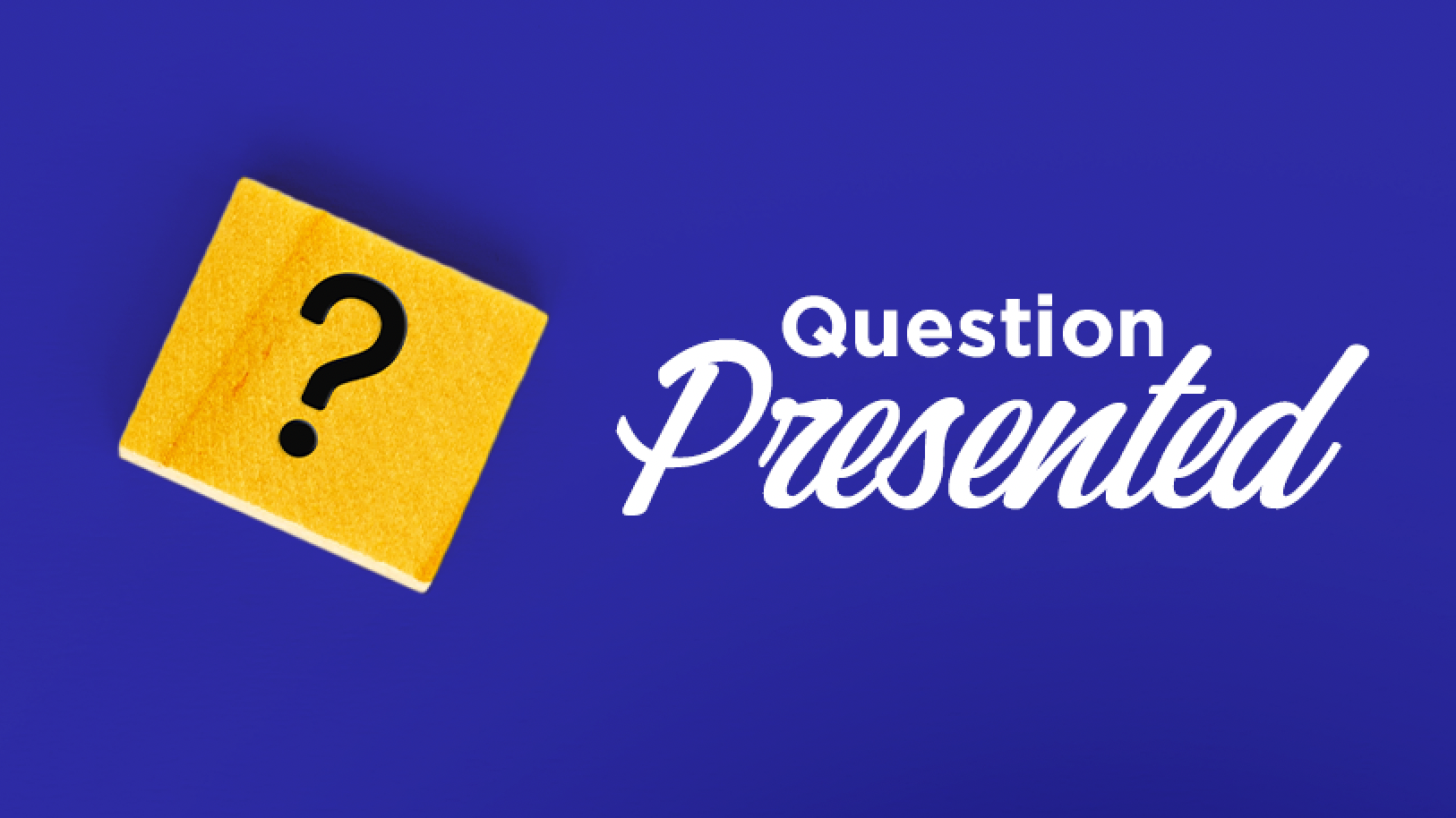 Is the “Blue Wall” Crumbling?

Long before the conviction of former Minneapolis police officer Derek Chauvin, the future of American policing was at the center of the national discourse. But Tuesday’s guilty verdict — on all three counts — poses new questions for the institution of policing. Most fundamentally, will the verdict spur real change?

In recent days, there has been no shortage of words written about that question. The New York Times’s David Leonhardt wrote an accessible explainer of the policy changes being implemented by state and local governments across the country. The reforms, which are substantive if not radical, mainly fall under two buckets: limiting police use of force (like banning so-called “neck restraints”) and creating additional mechanisms for accountability (like requiring officers to wear body cameras).

Others, like Mark Berman and Kimberly Kindy at The Washington Post, have written about whether the fact of Chauvin’s guilty verdict will incentivize individual prosecutors to bring charges against police officers who act unlawfully.

But aside from the concrete legal and policy changes stemming from Derek Chauvin’s murder of George Floyd, there is also an ongoing cultural debate about how Americans understand the police, and about how police understand themselves.

Following Chauvin’s conviction, former NAACP President and CEO Cornell Brooks told CNBC: “The blue wall is crumbling. In other words, we have police chiefs, we have the rank-and-file of policing in this country simply saying, ‘that is too much.’ What we need, however, is for policing and for police officers to not merely note that the wall is cracking, they need to bring the wall down.”

Indeed, many high-profile national voices in the policing community have strongly condemned Chauvin’s actions, from the moment the video of his murder became public until the moment he was convicted. And during Chauvin’s trial, a number of officials within the Minneapolis Police Department testified against him, including the chief who fired him last year.

But others in the law enforcement community are more skeptical about the implications of the current political climate on the future of policing.

“So much is being thrown at us as law enforcement officials,” said Inspector Charles Adams, the commander in Derek Chauvin’s former Minneapolis police precinct, in an interview with the New York Times. “We’re unsure how we’re going to police in the future.”

Jim Pasco, the director of the national Fraternal Order of Police, told the Times: “[Rank-and-file officers] are thinking ‘Man, I’ve got to think long and hard before I get out of my car and get into something I don’t have to get into.’”

Meanwhile, on Wednesday, Attorney General Merrick Garland announced a “pattern-or-practice inquiry” into the Minneapolis Police Department. According to a DOJ explainer, pattern-or-practice investigations have been employed “in communities across the nation to reform serious patterns and practices of excessive force, biased policing and other unconstitutional practices by law enforcement.”

Do you anticipate that Derek Chauvin’s murder conviction — and the current national discourse around policing — will lead to meaningful changes? How do you hope to see policing change?

— Vote for Stay Tuned! Yes, Stay Tuned with Preet has been nominated for another Webby People’s Voice Award! This year, we’re up for Best Individual News & Politics podcast episode for Preet’s February 2020 conversation with Dan Goldman, who had just served as Lead Majority Counsel during the first impeachment of President Trump.

— Listen to Stay Tuned, “Because More,” featuring Preet in conversation with Andrew Ross Sorkin, the New York Times financial columnist and co-anchor of CNBC’s Squawk Box. Don’t miss the bonus for Insiders, where Sorkin discusses his role in the creation of Showtime’s Billions, the TV drama (very) loosely based on one of Preet’s high-profile prosecutions.

— Listen to CAFE Insider, “A Just Verdict.” In their very first episode as co-hosts, Preet and Joyce Vance reminisce about their time serving together in the DOJ, and break down the guilty verdict and closing arguments in the Derek Chauvin trial.

— Listen to Third Degree with Elie Honig. In Wednesday’s episode, “The Chauvin Verdict,” Elie addresses the significance of the guilty verdict in the murder trial of Derek Chauvin.

— Listen to Doing Justice on Apple Podcasts, Spotify, or wherever you get your podcasts. You can now binge the entire six-part series, which chronicles the cases that most challenged and inspired Preet during his time as U.S. Attorney for the Southern District of New York.

Dr. Joanne Freeman is an award-winning Professor of History and American Studies at Yale University. Her tweets provide historical perspective on the challenges of the current moment. They are also accessible and funny. Follow her @jbf1755.

That’s it for this week. We hope you’re enjoying CAFE Insider. Reply to this email or write to us at [email protected]with your thoughts, suggestions, and questions.