Hope, they say, is not a strategy.

The new National Strategy on Countering Domestic Terrorism reflects that reality. Last week, the National Security Council issued a policy paper in response to a directive from President Joe Biden to address what he calls “the most urgent terrorism threat the United States faces today.” This document is our nation’s first-ever strategy focused on terrorism originating in the United States. If any serious person in government had not yet recognized the need to address domestic terrorism, the Jan. 6 attack on the U.S. Capitol provided a wake-up call.

For many years, the U.S. government has been slow to make domestic terrorism a high priority. By statute, our National Counterterrorism Center focuses solely on international terrorism. Foreign terrorist threats, such as Al-Qaeda and ISIS, rightly captured the attention of government actors following the devastating attacks of 9-11 and the Boston Marathon bombing, relegating domestic terrorism to a distant outpost among priorities.

But if there was one constant that I observed in my career as a counter-terrorism prosecutor, it was the evolving nature of threats to national security. In the past 20 years, we have moved from Al Qaeda’s breaches of aviation security to ISIS-inspired foreign fighters to Mumbai-style attacks on soft targets to Russian information warfare in cyberspace. Now, it is domestic terrorism that poses the most significant threat to our safety, and it is heartening to see the federal government finally prioritizing efforts to combat that danger. According to the latest assessment by the intelligence and law enforcement communities, the two most lethal elements of the domestic terrorism threat are racially or ethnically motivated violent extremists, and anti-government violent extremists.

The new strategy includes important components, such as sharing information with state, local and tribal law enforcement agencies, engaging community partners, working with the private technology sector to combat recruitment and mobilization, improving digital literacy among our citizenry, and identifying insider threats in government. No doubt, a more detailed implementation strategy will follow to put meat on the bones outlined in the document.

One thing that the strategy does not do is explicitly advocate for a new statute making it a crime to commit domestic terrorism. While I agree with others who favor such a statute, I see the omission of it from the strategy to be a feature and not a flaw.

No doubt, a domestic terrorism statute would provide an important tool for federal prosecutors to charge terrorists with crimes that currently evade federal prosecution, such as mass shootings and use of motor vehicles to inflict mass casualties. Importantly, a federal statute would permit federal agents to disrupt planned attacks before they occur rather than waiting to arrest and prosecute offenders after lives have been lost. Even though state murder laws might be available, federal involvement in these efforts is important because state law enforcement agencies often lack the resources to conduct lengthy proactive investigations.

I can recall occasions during my time at the U.S. Attorney’s Office for the Eastern District of Michigan when our prosecution team had only minor weapons offenses available when we believed that someone may have been plotting a large-scale attack. Although an arrest on a minor offense could disrupt the attack, it offered only a very short prison sentence that was not commensurate with the planned crime. There was one case in 2010, in which a rural Michigan militia group allegedly plotted to kill police officers in an attempt to draw the U.S. government into a civil war. In the absence of a domestic terrorism statute, we were left to use the seditious conspiracy statute to charge the defendants. The judge dismissed the case on the grounds that the evidence at trial did not establish proof of a conspiracy. While I believe to this day that all of the elements of the offense were met, the statute was regarded with great skepticism at the time. Members of the bench and bar expressed to me their views that “sedition” was an inappropriate charge for a group of guys who like to blow things up in the woods. The term “sedition” seemed to create a false expectation of an ability to succeed in overthrowing the government. A domestic terrorism statute, making it a crime to engage in an act of violence for the purpose of intimidating a civilian population or coercing a government, may have led to a different outcome.

In addition to serving as an important tool for prosecutors, a domestic terrorism statute also carries with it the symbolic value of providing moral equivalance between domestic and international terrorism. An important component of criminal law is deterrence, and words indicating societal condemnation like “terrorism” can help shape public opinion and behavior. Mass murderers like Dylann Roof, who shot and killed eight Black worshippers in 2015 at a Bible study group at a church in Charleston, S.C., was charged with hate crimes in the absence of a federal domestic terrorism statute. Violent acts committed in the name of white supremacy are just as evil as those committed in the name of Islamic extremism, and deserve the same damning label of terrorism.

But enacting a domestic terrorism statute brings with it legitimate and significant concerns about protecting civil liberties. An effective statute would require a careful balancing of privacy, liberty, free speech and assembly and national security interests. In addition, with such a crime on the books, FBI agents would then be permitted to use various techniques in investigating it. How much intrusion are Americans willing to tolerate in the form of surveillance, use of informants and undercover agents, wiretaps and sting operations to neutralize threats of domestic terrorism? Those questions are worthy of vigorous debate, which takes time. And, of course, only Congress can enact such a law. When Congress can’t even agree on the need to appoint an independent commission to investigate the Jan. 6 attack, imagine how long it might take to enact a domestic terrorism criminal statute.

In the meantime, it would be foolish for the White House to build a strategy around a statute that does not yet exist. In fact, it could be seen as a vulnerability if the federal strategy for addressing domestic terrorism centered on a crime that is not yet on the books. Instead, the strategy uses legal authorities already at the disposal of the Executive Branch so that this important work can begin right away. As former Secretary of Defense Donald Rumsfeld once said, you go to war with the army you have, not the army you wish you had. The same is true for legal resources. You can’t fight terrorists with a law you wish you had. Superman is not coming.

And so my takeaway from the new strategy is that for the first time ever, our federal government is acting with urgency to combat domestic terrorism. Hope may not be a strategy, but this strategy gives me hope. 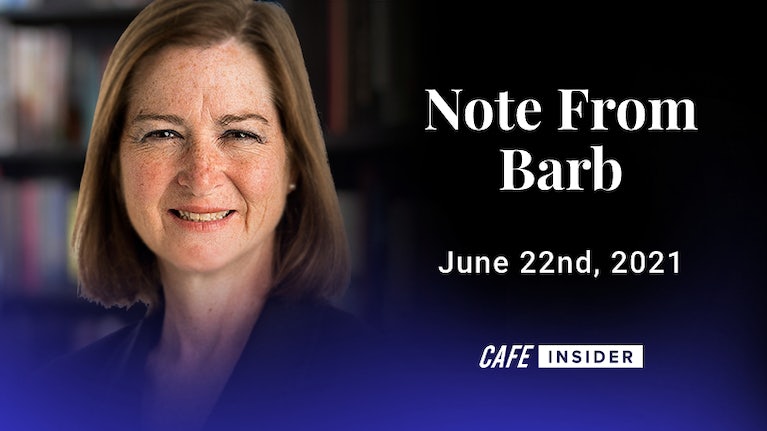 Note From Barb: Cape Up Against Domestic Terrorism