The twentieth anniversary of the attacks of September 11 brought an abundance of retrospectives. Remembrance of innocent victims. Gratitude for selfless heroes. Reflections on America’s vigorous response to international terrorism in the years since that awful day. But when it comes to domestic terrorism, it’s still September 10.

We have taken many steps in the past two decades to protect our country from attacks, some more consistent with our values than others, but we cannot be accused of failing to take seriously the threat from foreign terrorist organizations. We have changed the way we secure aviation, conduct surveillance, and share intelligence, to name just a few of the massive overhauls we have made. At times, some may argue, we may even have gone too far to avoid another devastating tragedy like the one that claimed almost 3,000 innocent lives on 9/11, but we have done so only because of our steadfast commitment to protecting American lives. Never again, we say. Always remember.

But we have failed to provide the same bold response to domestic terrorism. Not until this year did the federal government develop a national strategy for countering domestic terrorism. Our relatively lax approach is inconsistent with the facts; domestic terrorism presents a statistically greater threat to public safety in America than international terrorism. In 2020, white supremacists conducted 67 percent of terrorist plots in the United States. In recent years, we have seen deadly violence from domestic extremists against protesters in Charlottesville, Latinos in El Paso, Jews in Pittsburgh, African-Americans in Charleston, and Muslims in Oak Creek. According to a 2020 assessment by the U.S. Department of Homeland Security, “racially and ethnically motivated violent extremists—specifically white supremacist extremists—will remain the most persistent and lethal threat to the homeland.”

One of the most devastating of these domestic attacks came on January 6 at the U.S. Capitol, where lives were lost and Congress was forced to flee from one of its most important duties – certifying the results of the presidential election. Not only did we suffer fatal physical violence that day, but our institutions of democracy were also undermined when extremists overpowered police officers to enter the Capitol and disrupt the vote. How could we have been so unprepared? Why has a country that rallied so swiftly and strongly against foreign terrorists been so slow to combat threats from within?

Perhaps one reason is ethnic and racial bias. It is much more common for people to demonize someone that they perceive as “other.” After 9/11, we did not hesitate to take action against Muslim and Arab-Americans when it came to using surveillance or immigration tools. During Black Lives Matter protests in Lafayette Square and Portland, police showed no hesitation to respond with force. But when the threat is coming from white Americans, including former members of the military and law enforcement, maybe intelligence analysts and police officers tend to be blinded to the risk they pose.

Another reason for the different response to domestic terrorism is the nature of our laws. First Amendment protections for free speech and free assembly can make it difficult to open investigations on domestic groups. In addition, the Foreign Intelligence Surveillance Act permits wiretapping for agents of foreign powers, but cannot be used on purely domestic actors. And our criminal code lacks a counterpart to the federal statute that punishes international terrorism, sometimes leaving investigators without a legal basis to begin investigating domestic groups the way they would with groups associated with Al Qaeda or ISIS.

But perhaps the biggest obstacle we face in combating domestic terrorism is increased political polarization in the years since 9/11. To some extent, our leaders are to blame. Former President Donald Trump did not create our divisions, but he raised their exploitation to an art form. His tirades often seemed designed to pit one group of Americans against another, like his rant against former NFL quarterback Colin Kaepernick for kneeling during the national anthem to protest police violence. Other elected officials have seen Trump’s success in promoting intolerance and adopted the same strategy.

But scoring political points by fueling rage comes at a cost. For some members of society, vitriolic words by a charismatic leader can trigger acts of violence. When I served as a terrorism prosecutor, my former office handled a case against Umar Farouk Abdulmutallab, a man who tried to blow up an airliner over Detroit with a bomb concealed in his underwear. He had become radicalized while watching videos of Anwar Al-Awlaki, a charismatic recruiter for Al Qaeda in the Arabian Peninsula. Al-Awlaki had roused in Abdulmutallab a sense of grievance and duty to take action.

This same phenomenon exists with domestic extremists. For example, in 2019, Cesar Sayoc was convicted of sending pipe bombs to 16 members of the media and Democratic Party politicians because he believed them to be enemies of Trump. Calling Sayoc a “Trump superfan,” Sayoc’s lawyer said that his client drew inspiration from the former president.

During a memorial event on Saturday, former President George W. Bush compared the 9-11 hijackers to “extremists at home.” He said, “in their disdain for pluralism, in their disregard for human life, in their determination to defile national symbols, they are children of the same foul spirit.” The same certainty that theirs is the one true religion motivates some domestic extremists just as it motivates ISIS terrorists.

Bush lay the blame for domestic extremism at the feet of public officials who exploit division to advance their own political fortunes. “So much of our politics,” he said, “has become a naked appeal to anger, fear, and resentment.”

Domestic terrorism is a growing threat that some public officials ignore, and sometimes even ignite. If we want to protect American lives from senseless acts of violence, we need to treat domestic terrorism as seriously as we do international terrorism. And for that to happen, our leaders need to stop putting their political interests ahead of those of the country. Instead of fomenting divisive rage, they need to start speaking the language of tolerance. 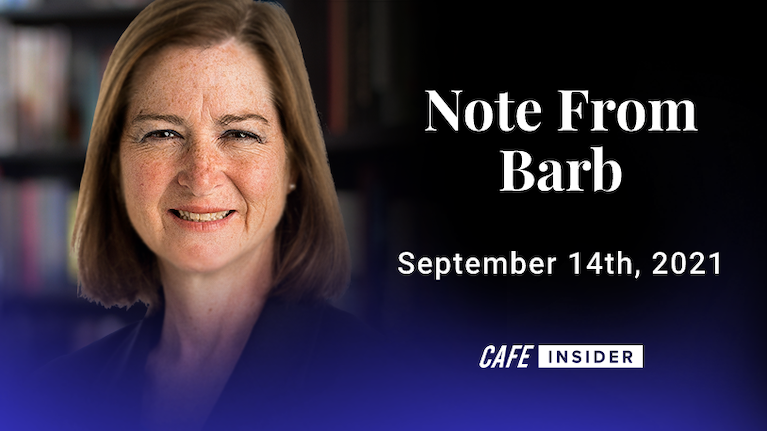