“Left of Boom” is a phrase I first heard during an FBI critical incident response exercise.

I was working as a national security prosecutor, and we had gathered in a large conference room in the FBI’s Detroit office to play out our roles in a hypothetical foreign terrorist attack. As we were presented with various terrifying scenarios, our goal, naturally, was to prevent an attack before it occurred. Up on the whiteboard someone had taken a marker and drawn a timeline. A big X, labeled “boom,” signified the moment of attack. Our job was to disrupt the plot before that moment, a spot on the timeline that would be somewhere “left of boom.”  To stop a plot left of boom is to prevent an attack and save lives.

Since 9-11, the top priority of federal law enforcement has been the prevention of foreign terrorist attacks left of boom. One example is the federal material support statute, a favorite tool of prosecutors. It helps starve groups like Al-Qaeda of resources by designating them as Foreign Terrorist Organizations and then prosecuting anyone who provides one of these groups with material support, which is defined very broadly to include funds, equipment and services. There’s also an international terrorism statute with a vast reach that makes it a crime to engage in acts of violence with certain political motivations. And we’ve expanded our surveillance tools to intercept communications by people who may be acting as agents of a foreign power. All of these activities are designed to stop foreign terrorists left of boom.

But now the source of the threat has evolved. The biggest terrorism risk now comes not from foreign actors but from our fellow Americans. In its most recent threat assessment, the U.S. Department of Homeland Security identified domestic violent extremists as the “most persistent and lethal threat” to the American public. According to FBI Director Christopher Wray, the most significant domestic threat comes from those motivated by racial bias and anti-government sentiment. Here in my home state of Michigan, last week brought a guilty plea by one of the defendants charged in a plot to kidnap our governor following her emergency orders to stay home during the Covid-19 pandemic. And of course, the attack on the Capitol on January 6 appears to have involved acts of violence by our fellow citizens against our own government officials. Stopping these kinds of attacks has become a priority of federal law enforcement.

But left of boom gets tricky when the threat comes from our own citizens. In America, we hold dear our rights to free speech and free assembly. In a government of, by and for the people, it’s essential to have the right to speak out against government decisions we disagree with. An informed electorate needs a free press to spread ideas and to expose government misconduct. We have secured our right to rally in public spaces and government buildings to demonstrate our dissent. These are some of the basic freedoms that define our nation and permit us to constantly evolve toward a more perfect union.

For those reasons, we have chosen to forgo domestic counterparts to some of the laws that allow us to disrupt foreign threats left of boom. For example, the government may not designate domestic groups as terrorist organizations and criminalize their support. There is no general domestic terrorism statute. The surveillance of U.S. persons may be conducted only with far more restrictions than the surveillance of foreign actors. These policy choices leave us with fewer tools to disrupt and prevent domestic terrorism left of boom. The threat has evolved, but the law has remained the same.

Addressing this challenge will require something that has been in short supply during the past four years – nuance. One of the defining features of our time is the division of people into one of two sides – you must either be for something or against it. Polarizing political leaders and the constraints of social media have contributed to this phenomenon.

But complex problems like domestic terrorism require a more sophisticated approach. And so I am heartened by an announcement last week that President Biden has instructed the Director of National Intelligence to draw up a comprehensive threat assessment of domestic terrorism.  The President’s spokesperson expressed a commitment to “developing policies and strategies based on facts, on objective and rigorous analysis and on our respect for constitutionally protected free speech and political activities.”

Can we craft a general domestic terrorism statute that protects American lives while respecting our constitutional values of freedom and dissent? Should we make it easier to charge material support in domestic terrorism cases? Can we do so without trampling on the freedom of assembly that protects minority groups, among others? Adding new statutes would permit investigators to intervene earlier in the development of a terrorist plot, but would also increase the opportunities for surveillance and informants and sting operations. Is that a tradeoff we are willing to accept? Should we instead focus on preventing violent extremism through information sharing or does that threaten to chill lawful behavior? Should we invest in education and information campaigns or can scarce resources be better spent elsewhere?

All of these questions are valid, and need to be discussed with clear-eyed views of the costs and benefits they bring. While investigative tools can protect lives, they also bring the potential for abuse. We need not look too far into the past to see the FBI engaged in abuses, such as its COINTELPRO effort of the 1960s and 70s, in which agents infiltrated the Vietnam War protest movement and other political groups under the banner of national security. Just last week, we saw the sentencing of an FBI lawyer who pled guilty to illegally altering an email in support of an application for surveillance of Carter Page, a one-time policy adviser to Donald Trump. We need to consider these abuses and ensure appropriate safeguards.

I often tell my law students that the law is all about making choices between competing values. We could have a system that protects against all attacks at the expense of giving up all of our freedoms. Or we could abandon all efforts to protect the public and allow unfettered freedoms. Most of us would draw the line somewhere in between, even if we disagree on precisely where that line should be drawn.  But if we are to reach a consensus on where to strike the right balance, we need to abandon the polarized political rhetoric that is fueling extremism.

In a nation that has discovered a vaccine for polio and put people on the moon, it’s often frustrating when we fail to address problems because of political infighting. If we approach this challenge with a mindset of solving problems instead of scoring political points, then I believe that even domestic terrorism can be addressed in a way that honors our constitutional values and stops attacks left of boom. 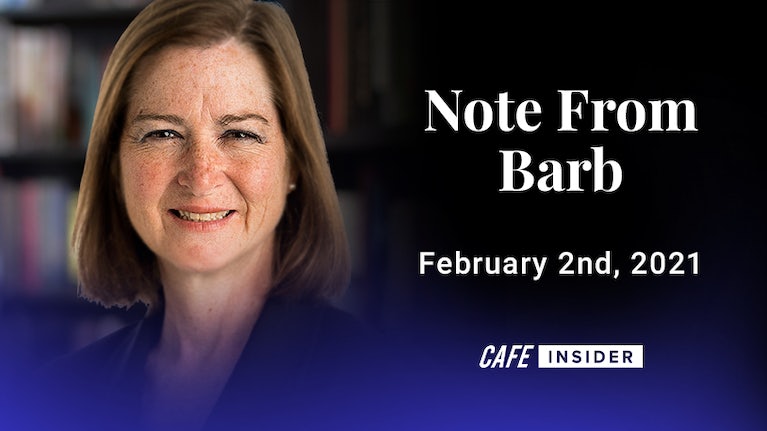 Note From Barb: Left of Boom