Last week, President Joe Biden issued an executive order creating a family reunification task force, headed by his new Secretary for Homeland Security, Alejandro Mayorkas. Its mission is to locate and reunite parents and children separated by the Trump Administration. But, it’s complicated by the sheer numbers, the many different situations both inside and outside of the U.S. that these families are in, questions about what relief they are entitled to, and the possibility of criminal investigation following a DOJ Inspector General report that looked at those responsible for the policy. Despite the firm commitment Biden has expressed in this area, the rollout of the task force was delayed, likely due to the complexities involved.

The news sent me looking for something. I found the notes from 2011 exactly where I knew I had left them, in a small cubby hole in my desk in the kitchen. The story they told was so painful that the evening after it occurred, I felt compelled to write it down, but even without looking at the notes in years, I had not forgotten.

My notes begin like this: Javier is seven, Ollie is nine.

Ollie is the youngest of my four children. He was nine on the day I went to a meeting at the Hispanic Coalition of Alabama, HICA!, along with my colleague Tom Perez, then the Assistant Attorney General for DOJ’s Civil Rights Division.

Alabama had recently passed HB 56, an anti-immigration bill with some of the toughest — and meanest — provisions in the country. Legislators who voted for it described it as a “deport yourself” strategy, meaning it was intended to make conditions for undocumented people living in Alabama so awful that they would leave voluntarily. Even though DOJ was already challenging Arizona’s immigration bill in a case that was headed to the Supreme Court, I was dead set on challenging Alabama’s law as well.

One of the worst provisions was a measure designed to keep immigrant kids out of school. It did that by requiring Alabama schools to collect information on the immigration status of students’ parents. Faced with that reality, many children in undocumented and mixed status families stayed home that fall.

That takes me back to Javier. We were going to HICA! to talk with a small moms’ group that met there a couple of times a week about the way HB 56 was impacting their lives. But when we got there, it was more than just a few people. The room was overflowing. There were entire families — men still in their work boots, babies in their mothers’ arms. They told us their stories. We stayed and listened to everyone who wanted to speak; the man who started a successful business from scratch, who worked hard for almost 20 years to give his children a safe future and was now at risk of losing it all. We heard stories about families where one parent was already in immigration detention, despite having spouses or children who were American citizens. We heard from children who were afraid to go to school and cried every day, afraid their Moms wouldn’t be there when they got home.

At the end of the meeting, there was Javier and his parents. They had waited patiently to bring him to speak with me. He was quiet and shy, with a sweet smile. His Dad explained, “he has an uncle who is two years older than him. He’s not a citizen. We used to take the kids to the zoo on Tuesdays, but now we can’t take them. He’s afraid they’re going to take his uncle, his best friend, away. I promised him you would try to fix it.”

The look on Javier’s face said everything. He was so sweet and so trusting. It could have just as easily been my own son in this position if circumstances were different. I bent down and we hugged each other. For a long time. And I told him I would try.

I’ve been trying ever since. We won the challenge in court against HB 56, keeping the most discriminatory and malicious parts of the law from going into effect. Ultimately, that wasn’t enough.

The family separation policy the Trump administration implemented at the border shocked much of America when it was revealed. But one of its key architects, former Alabama Senator and later-Attorney General Jeff Sessions, had never been shy about discussing his views on immigration. Shortly after we challenged HB 56 in court and the same year I spoke with Javier and his parents, Sessions appeared on conservative host Laura Ingraham’s radio show to share his thoughts about the law.

INGRAHAM: Do you think it’s bad all these Hispanic kids have disappeared from the schools? Do you think that’s a bad thing?

SESSIONS: All I would just say to you is that it’s a sad thing that we’ve allowed a situation to occur for decades that large numbers of people are in the country illegal and it’s going to have unpleasant, unfortunate consequences…one of the sad consequences of illegal immigration is families can be hurt in the process.

Some of the children who were missing school were American citizens. But in Sessions’ view, they and their families weren’t people to be concerned about, they were just “illegal.”

The rhetoric used by anti-immigrant forces aims to rescind people’s humanity, suggesting that undocumented immigrants are all criminals or dirty or diseased — in a word, that they are “illegal” people. History teaches that people who are demonized as “other” can be subjected to all sorts of mistreatment, once they’ve been dehumanized like this.

That happened in our country. The “zero tolerance” approach to illegal immigration was sold as a way to keep dangerous people from entering our country, but it was really just an inhumane policy. Instead of focusing on the root causes of migration and using foreign policy tools to make it safer for people to stay in their home countries, the Trump administration let them come here and then took children away from their families at the border without any plan for reuniting them. Many of the younger ones lacked the information necessary to find their parents. The cruelty was always a feature, never a bug.

Today, over one thousand children are still separated from their relatives. No one seems to know the exact number, which is concerning in and of itself.

When news of family separation first leaked in the press, there was widespread outrage, calls for hearings and demands that children be returned to their parents. But, in the ongoing chaos of the Trump administration, with its scandal-of-the-day distractions, the families stopped being the focus of national attention. Trump signed an executive order ending the separations, but his administration refused to provide funds and sometimes the information necessary to reunite families, leaving it up to volunteer organizations. Our government abdicated its responsibility to these people and there was no sustained pressure that required it to take action. Without the commitment and hard work of lawyers and a handful of journalists, the families could have easily been forgotten.

That’s the risk now, as the Biden administration approaches this problem, which will likely be complicated, expensive and perhaps unpopular to fully fix. We have a moral obligation to make sure the families remain a national priority. This is something each of us can do, as citizens — we can make sure our elected officials know we expect them to stay focused until the work is done. Yes, there are a lot of important problems to solve right now. But, this one can’t wait. Whatever the cost in time and resources to secure these families’ futures, we owe them that. And if we restore them, perhaps we can also restore a bit of ourselves. 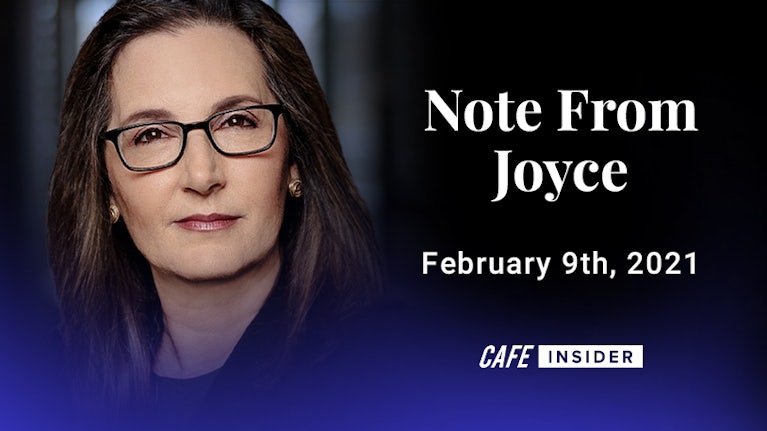 Note From Joyce: Families Belong Together