In 1975, federal judge Frank Johnson, in Montgomery, Alabama, ruled that the state’s overcrowded and under-staffed prison system violated the Eighth Amendment, which prohibits cruel and unusual punishment. He mandated specific improvements that Alabama needed to make to the state’s harsh prison system to bring it into compliance with the Constitution.

In 2020, following more than 6 years of investigation, DOJ sued Alabama, arguing that its overcrowded and under-staffed prison system held people in unhygienic conditions, like Draper prison, which was so bad that the state closed it after DOJ found standing sewage in the facility and rats and maggots in the kitchen. DOJ also alleged it subjected prisoners to violence and sexual assault at the hands of both guards and other inmates.

In other words, in almost 50 years, Alabama’s prisons made little progress of substance, particularly in Constitutional terms. It’s a grim version of Groundhog’s Day. By 2018, Alabama’s prisons were the deadliest in the nation. Murders took place at a rate of more than 300 per 100,000 incarcerated people.

But Alabama is not alone. In fact, in some sense it was fortunate to have the dedicated team of prosecutors in Washington and the three U.S. Attorney’s offices in the state, who worked diligently to document the abuses in the system. Nationwide, there are roughly 2.3 million people in prisons and jails, many of them living in inadequate or worse conditions. They face excessive Covid-19 risks along with inadequate medical treatment for it. Pregnant women are shackled while in labor. In Louisiana’s notorious Angola prison, medical care was so inadequate that a prisoner endured three years of pain before he was even tested. He had kidney cancer that was caught too late to be curable. He was 42.

As in much of our criminal justice system, race plays a role. One out of every three Black boys born today can expect to be sentenced to prison, compared to one  out of six  Latino boys and one out of 17 white boys. African Americans and Hispanics make up 36% of the U.S. population, but they are 56% of incarcerated people. Our prisons are disproportionately filled with people of color. And, some of the worst consequences of being incarcerated fall more heavily on Black people — in Alabama’s prisons, Black men were more than three times as likely to die of homicide as white men.

It has been all too easy to turn a blind eye to the conditions in prisons where people serve their sentences following a conviction. The same is also true in our nation’s jails, where people are held pre-trial, often, simply because they can’t afford to pay bail for their release. Then-Virginia Senator Jim Webb got it right in 2009 when he wrote, “Our overcrowded, ill-managed prison systems are places of violence, physical abuse, and hate, making them breeding grounds that perpetuate and magnify the same types of behavior we purport to fear.”

As important as the work going on around policing in the wake of George Floyd’s murder is, it is not enough. Police reform alone will not fix the problems in America’s criminal justice system. Fixing America’s jails and prisons is essential and will require the same high level of national attention as policing if it’s going to succeed.

Other countries have taken a dramatically different approach when it comes to prisons. In countries like Norway and Holland, shorter sentences, college-style prison campuses, and a focus on rehabilitation have paid benefits. Norway’s recidivism rate is 20%, compared to more than 75% in the U.S. In the Netherlands, where treatment and support for mental illness is a preferred approach over lengthy sentences, the country is shutting down prisons because it does not have enough inmates to fill them.

Since at least 95% of those sentenced to prison will return to their communities at some point, this approach is only common sense. The temptation might be to believe these methods can’t be transferred here, but since 2015, North Dakota’s prison system has enjoyed some success based on Norway’s methods, although progress has not been as swift as leaders would like.

All too often, communities complain about spending public funds on prisons, as though holding people in squalid conditions without education and job training is going to make them model citizens upon reentry into the community. This view is as mean-spirited as it is short-sighted, but politicians fear voters will view them as “soft on crime” if they commit to prison reform. Until that changes, prison systems like Alabama’s, Mississippi’s, Louisiana’s and others that are Constitutionally deficient are unlikely to undergo meaningful change. Innovations that could make us better at rehabilitating people will remain out of reach.

In the 1975 Alabama case, both the plaintiffs and DOJ, which intervened in the case, wanted Alabama to send prisoners outside of the system for medical and mental healthcare because what little was available in the prisons was so deficient that Judge Johnson called it an intentional violation of prisoners’ rights. A young lawyer for the state pointed out that it would be exorbitantly expensive to do this. Judge Johnson responded that he guessed he would have to make the state treasurer a party to the lawsuit. The young lawyer said he knew his client, the state of Alabama, was in deep trouble then and that the judge meant business. And he did. When the state tried to use cost as an excuse to avoid making changes, Judge Johnson only saw the Constitution.

But, change lasted only as long as the federal monitors in the case did. Alabama politicians proved more concerned about the political cost of being seen as kowtowing to the federal courts than they were about the lives of people in the state’s custody. The same scenario has played out in too many places. Problems in prisons are identified, but somehow, they manage to drift off the radar screen, unfixed.

Past must be more than just prologue here.

If states will not act, DOJ has the right team in place to enforce the law. Vanita Gupta was the head of the Civil Rights Division when the investigation that led to the Alabama lawsuit commenced, and is now the Associate Attorney General, the number three official at the Department. The Civil Rights Division has professionals with experience in litigating these cases. They deserve more resources and support so this critically important work can get the attention it deserves, despite competing priorities.

But really, fixing the nation’s prisons is a shared responsibility for all of us. Elected officials in our states, counties and cities need voters to tell them they can’t wait on a federal court’s order. Otherwise, we run the risk of having the same lawsuits, seeking to address the same problems, for another 50 years — and unknown numbers of damaged lives down the road. We have to do better. 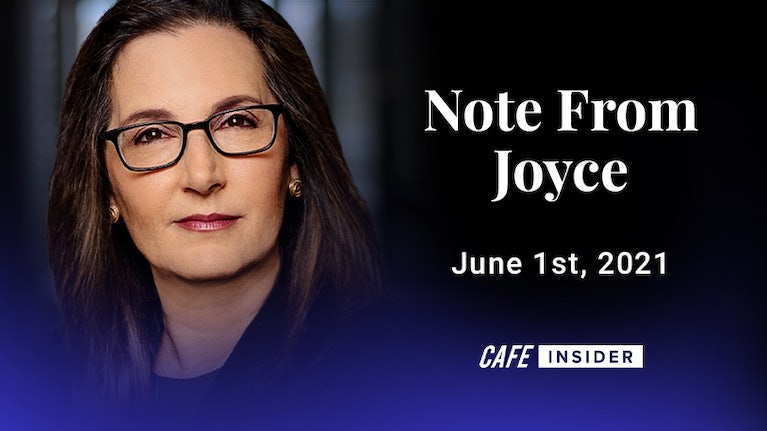 Note From Joyce: On Prison Reform