Watching developments in voting rights in red states across the country, I’m struck by an uncanny resemblance. America’s future is starting to look a lot like Alabama’s present in this regard—actually, even worse.

Here’s the state of voting in Alabama: we have one day to vote in person, election Tuesday. This makes it hard to vote if you work, care for others, have a long commute, or have limited access to transportation. Alabama has a strict ID Act. To vote, you need photo ID issued by a government entity unless two workers at the polling place vouch for you. Otherwise, you must vote a provisional ballot, which only counts if you promptly jump through additional hoops. This acts as an impediment to exercising your right to vote.

If you aren’t able to vote in person, you can’t automatically vote absentee. Alabama doesn’t have no-excuse absentee voting. You must certify—on a form that makes it clear you can be prosecuted for inaccuracies—that you are sick, out of your county, or have one of a very limited number of excuses permitting you to obtain an absentee ballot. Even then, the procedure is confusing: envelopes must be put inside of other envelopes in a specific order, your signature must be certified by two witnesses or a notary public to verify your identity, and no e-signatures are allowed. And, your application for an absentee ballot must be received seven days in advance of the election if you mail it in—five, if delivered by hand. There’s no room for a last-minute emergency.

So, Alabamians take time off on Election Day if they can. Voters face long lines to vote in places like majority-Black Montgomery and Birmingham, and at polling places for Alabama’s historically Black colleges and universities (HBCUs).

That’s where more red states are headed: cutting back on early voting days, restricting absentee voting, and adding voter ID laws. The impact of multiple restrictions adds up to more than the sum of its parts, deliberately making it more difficult for people, and especially (and sometimes intentionally) minorities, to vote.

According to the Brennan Center at NYU, so far this year, eighteen states have enacted thirty laws that make it more difficult for Americans to vote. More are on the way: 400 anti-voter bills have been introduced this year in forty-eight states, focused in places where Democrats are defending Senate seats in 2022 and 2024.

It’s happening, largely, in silence. Georgia is a bright spot despite its newly restrictive laws, with 95% of voters now registered in that state. Elsewhere, there is less public activism as laws designed to restrict access to the ballot in a number of ways advance through legislatures. The measures are increasingly harsh. Some states have bills that would criminalize honest mistakes by election workers, chilling their activity and in some cases, causing resignations.

One of the worst abuses involves Republican legislatures passing “takeover” provisions that permit them to overrule election results. In some cases, these legislatures remain in Republican control due to gerrymandering, designed to conserve power in the hands of what is increasingly a minority party as demographics shift in this country.  Takeover laws would make it legal for a gerrymandered Republican legislature to overturn election results they don’t like if someone in the legislature claims they smelled a whiff of fraud, whether it was actually there or not. And they’re full of details that make them hard to challenge, like a provision in Georgia’s law that prohibits counties whose results are called into question from using budget funds to pay for their defense.

All of this adds up to the need for new federal legislation, including a restored Voting Rights Act that would make it possible to successfully challenge laws that burden the right to vote. We are headed into elections where the right to vote is at risk. Even as determined voters make it to the polls, some legislatures will try to maneuver counts to make sure they win. And what their new laws mean is that they won’t need to be cloak and dagger about it, like Trump was when he asked Georgia’s secretary of state to find him the 11,780 votes he needed to win. Thanks to the new laws they are trying to put on the books, it will be legal.

Rather than staying center stage and prompting outrage, concerns over these legislative proposals erupt only intermittently, despite the fact that we all lose when voters anywhere in the country are deprived of their rights. That is literally true. Altering the outcome of a national election in a key state could, in the wrong circumstances, defeat the will of the voters. If any of our votes are at risk, they all are. So, it’s critical that we keep a national spotlight on this issue, one that will last longer than the latest outrage.

Last week, Alabama Representative Terri Sewell introduced the John R. Lewis Voting Rights Advancement Act in the House of Representatives, a development that went almost unnoticed amid other news.  The 1965 Voting Rights Act required states with a history of discrimination in voting to submit new laws for approval to DOJ before they went into effect—a process called pre-clearance. This ensured they didn’t impact protected groups in a discriminatory fashion. The Act wasn’t politically controversial: it was routinely reauthorized by bipartisan majorities during Republican administrations until the Supreme Court gutted it, in a line of cases starting with Shelby County v. Holder. Now, it is all but impossible for laws that suppress voting rights to be successfully challenged in court. Without the John Lewis Act, states will be free to make the worst sort of restrictions lawful. Representative Sewell, whose district includes her birthplace, Selma, told me, “Today, we face a critical juncture. As we speak, states and localities are erecting deliberate barriers to the ballot box in what amounts to the most coordinated assault on the right to vote in generations. And as the redistricting process begins, there has never been a more urgent need for federal oversight.”

People often ask what they can do. So, here it is. Don’t let voting rights be just one more issue in an era of political overload. This weekend, civil rights leaders will march in Washington to advocate for passage of laws to protect the vote. We need to bring that protest home. Talk with your friends, family and colleagues about this bill and help them understand why it’s singularly important. Without it, there is no clear path to challenge the rash of state laws designed to upend our elections. Ultimately it is up to us, the voters, to demand that elected officials permit nothing—not delay, not compromise, not the filibuster—to interfere with the passage of this essential piece of legislation. We must make it impossibly difficult for our representatives in Congress to ignore the erosion of our right to vote. As John Lewis would have it, good trouble.

Representative Sewell told me, “What we do in this critical moment will determine the course of our democracy for decades to come. By getting H.R. 4 signed into law, we are keeping the promise of our democracy alive for voters today, voters tomorrow, and all those who have fought and sacrificed for the sacred right to vote.” 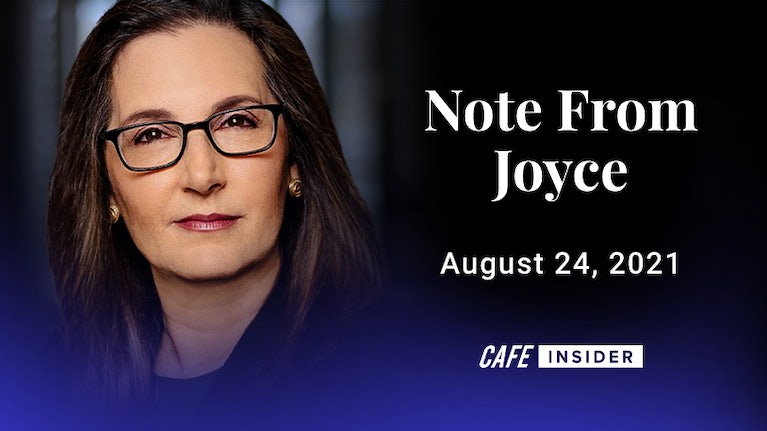 Note From Joyce: Protecting the Right to Vote