As a number of state legislatures take up bills this year that would ban transgender athletes from participating in school sports, the Alabama legislature seems determined to outdo everyone else. The state Senate passed a bill last week, sponsored by Senator Shay Shelnutt, that would make it a felony to provide gender-affirming medical care to transgender youth in Alabama, regardless of the wishes of the parents and the child. That means doctors would be unable to provide not only hormone therapy and surgery, but also drugs that block the onset of puberty for their patients, unless they’re willing to risk a penalty of  up to 10 years imprisonment. Puberty blocking drugs, which are entirely reversible, can play a key role in reducing suicidal thoughts among transgender people and saving lives. The Alabama bill is expected to pass both houses of the legislature and become law. Senator Shelnutt said he had never spoken with a transgender youth.

In addition, if the legislation passes, Alabama teachers would be forced to out transgender students to their parents. The bill requires that school staff disclose “a minor’s perception that his or her gender is inconsistent with his or her sex” to parents. Apparently, that’s why they named it the “Vulnerable Child Compassion and Protection Act.”

Shelnutt justified the bill by saying that the state also bans minors from smoking and drinking. He opposed an amendment that would have clarified that psychological counseling did not fall within the state’s new felony, because he didn’t want young people to receive counseling that could affirm a gender identity that conflicts with the sex assigned at birth. “We don’t want them affirming that, ‘Hey yeah, you’re right, you should be a boy if you are a born a female,’” Shelnutt said.

At a hearing on a companion bill progressing through Alabama’s House of Representatives, a Gadsden, Alabama police officer testified that medical care had been critically important after his 16-year-old came out as transgender. He characterized it as a years-long process that moved glacially, with doctors putting the brakes on fast action. He testified, “as a police officer, you’re asking me to someday put handcuffs on these people that are heroes in my life?…Please don’t ask me to do that.”

Alabama House Representative Merika Coleman, one of three Democrats to vote against the bill in Committee, told me, “the testimony on HB1 from parents of transgender children was the most compelling testimony that I’ve heard against a bill in my nearly 20 years of service in the Alabama Legislature. I was brought to tears.”

So why do this? Given high rates of attempted suicide among transgender youth, why adopt measures that run contrary to the guidance offered by qualified medical authorities like the American Academy of Pediatrics and subject transgender people and their families to legislative bullying when we should be facing the nation’s pressing issues?

Some folks might see this and write it off, thinking, “there goes Alabama again.” But as state legislative sessions across the country began in 2021, six other states were considering bills, ranging from sports bans to bathroom bans, that discriminated against transgender people. By March, more than 20 states had introduced bills to ban transgender girls from competing on girls’ sports teams, despite the fact that in most states, sponsors have been unable to cite any problems and some were even unaware of transgender athletes in competition. As one Mississippi legislator put it, “this issue is imminent in Mississippi.”

Recent reporting suggests that far from being isolated outbreaks of bigotry, the pursuit of anti-trans laws is a coordinated effort, an initiative among groups like the Alliance Defending Freedom, the Family Policy Alliance and the Heritage Foundation, along with other national and local groups. Not satisfied with their opposition to the Equality Act, HR 5, which would ban, as a matter of federal law, discrimination on the basis of sex, sexual orientation and gender identity, this coalition is committed to promoting policies at the state level that target transgender people.

Alabama has ever been a proving ground of sorts for some of the worst laws that conservative groups have wanted to test. This has been the case with laws like Alabama’s restrictive voter ID act and its anti-immigration bill. So it would come as no surprise if supporters of a move to criminalize medical care for transgender youth tried it first in Alabama. This would-be trend needs to be stopped in its tracks.

What happens next when Alabama’s bill becomes the law, as it almost inevitably will? There will be challenges in increasingly conservative courts. Although the law seems relatively clear that these measures are unconstitutional infringements on the rights of children and their families, it’s impossible to predict how courts, and particularly a newly-realigned, conservative Supreme Court, will rule. That means kids will have to live with uncertainty about a matter that’s fundamentally personal. Their identities and their bodies become subject to the whims of legislators and courts.

The lack of empathy and compassion for people who are perceived as different in some way, whether that’s gender identity, race, religion, national origin, or anything else is all too common in our politics. Never too far below the surface, this “othering” has become increasingly tolerated if not embraced, enabling people to act out on these biases. From white supremacist protestors in Charlottesville, Virginia chanting “Jews will not replace us” to separating migrant children from their parents without collecting information necessary to reunite them, hate is all too often permissible. We don’t have to look any further than the recent surge of attacks against AAPI individuals, particularly elderly people, to understand that labeling Covid-19 the “China Flu,” which some saw as an innocuous nickname, is one small step from violence.

When legislatures take steps to single out people as “other” for political reasons and enable their discriminatory treatment, they make those people vulnerable and weaken our communities as a whole. Trans teens are already subject to bullying as they deal with their gender identity in schools and communities where people can be bigoted and hateful. But when we put discrimination into the law, as Alabama seeks to do with transgender youth, we scorch people’s souls. Damaging children’s lives to score political points is something that we should all, wherever we live, go out of our way to condemn. 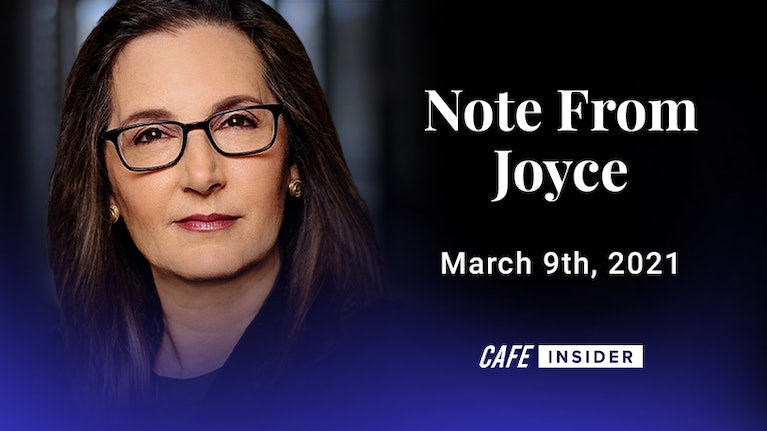