*I wrote this piece before Monday’s news that a disbarred Arkansas lawyer and federally convicted tax cheat has filed the first private enforcement case in Texas against a doctor who performed an abortion in violation of SB8. For the reasons I explain in my note, the conservative establishment that put SB8 in place is probably going to be unhappy about the lawsuit, even if they feign approval. The Texas law is now being enforced and its opponents can file a new, as-applied challenge and ask the court to enjoin the law, because it is now proven to directly conflict with Roe v. Wade. DOJ is no stranger to filing these as-applied challenges and obtaining injunctions.

SB8, the Texas anti-abortion law banning abortion after the sixth week of pregnancy that the Supreme Court permitted to go into effect two weeks ago, is the culmination of a strategy designed to block access to abortion, even as Roe v. Wade remains the law of the land. It was devised by Jonathan Mitchell, a former law clerk to archconservative Supreme Court Justice Antonin Scalia. The New York Times reported that after the Supreme Court rejected an earlier Texas anti-abortion law Mitchell authored, calling out the law’s efforts to avoid judicial review, Mitchell doubled-down. SB8 was the evolution of his strategy, using the now infamous “private enforcement” mechanism. To explain this strategy, I need to discuss some legal procedure, so bear with me.

It’s important to dig into this distinction to understand what’s going on in Texas. Courts often deny facial challenges, ruling that challenged laws—for instance, laws requiring specific forms of voter identification—are neutral or non-discriminatory on their face. As-applied challenges have the advantage of being able to incorporate evidence of the law’s impact once it goes into effect. For example, I challenged a provision in Alabama’s 2011 immigration law that required schools to collect information on the immigration status of students’ parents. I argued that the law, as applied, was preventing kids from exercising their Constitutional right to receive K-12 schooling. The Constitutional flaw was easier to prove once the law was in effect.

Once a lawsuit is filed challenging a law’s constitutionality, the party bringing the suit often asks the court for a preliminary injunction. This blocks the law from going into effect, preserving the status quo while its constitutionality is litigated. The party asking for the injunction must demonstrate they are likely to succeed “on the merits,” addressing the substantive legal issues in the case. That’s a sensible requirement, preventing frivolous challenges from blocking new laws while permitting people to protect their rights in legitimate cases.

SB8 is currently facing two challenges, both facial: one from abortion providers and advocates in the Whole Women’s Health case and another from the Justice Department in U.S. v. Texas. In both cases, the plaintiffs seek a preliminary injunction.

In the view of abortion opponents, that’s where the legal flaw in their efforts has been. Previous “heartbeat” bills in other states have been uniformly blocked from going into effect as soon as courts consider preliminary injunction motions. Because the laws squarely violate Roe, opponents of the bills have been able to prevail in winning those injunctions because they can establish they are likely to succeed on the merits. Abortion opponents have long pondered how to get past the preliminary injunction hurdle so an unconstitutional abortion ban could go into effect for however long the litigation takes. And of course, that can be years as cases wend their way up to the Supreme Court.

But even if an abortion ban survived a preliminary injunction filed along with a facial challenge, pro-choice advocates could still file an as-applied challenge after the law went into effect, giving them a second opportunity to request an injunction. Given that there will be evidence of clear interference with abortion rights, that request would likely be granted. While the time it takes to file a second lawsuit might not sound like a lot, given how slowly even emergency legal actions proceed, abortion rights would be compromised for a significant period of time. For some, their rights could be effectively denied altogether. That’s what I think SB8 is about. Texas claims that, because it prohibited its own employees from taking action to enforce the law, there is nothing for a court to enjoin. In the meantime, it lets private citizens enforce the law by permitting them to sue and collect damages of at least $10,000 per procedure, plus legal fees, against anyone who performs or “aids and abets” an abortion. The Supreme Court accepted this legal hogwash and refused to enjoin the law. Texas succeeded where others had failed.

So far, we haven’t seen any private challenges brought to enforce SB8 and penalize abortion providers, but in the view of the bill’s supporters, there hasn’t been much need for them. Since SB8 went into effect, abortion clinics are largely shuttered to procedures after six weeks, and Texans must travel out of state to access abortion. The risk of exposure to multiple high-dollar lawsuits has been sufficient to bludgeon abortion providers into compliance, curtailing rights. That’s the win for anti-abortion forces in Texas. Roe may still be the law of the land, but they’ve shut down abortion in their state. They don’t need anyone to bring a suit to enforce SB8.

In fact, a private suit to enforce SB8 would give the law’s opponents new grounds to seek an injunction against it—likely a successful one. SB8’s architects don’t want that, so it wouldn’t be surprising if there was an effort to discourage private suits. We’ll likely find out soon enough: on Saturday, a Texas doctor wrote in the Washington Post that he had performed an abortion, offering himself up as a test case for a private lawsuit. But, for now, the risk and uncertainty that the private enforcement mechanism creates is working as intended, depriving Texans of abortion rights.

This is precisely the quandary that caused the Department of Justice to enter the fray. The question their lawsuit poses comes down to this: if there is no legal mechanism for the courts to enforce a constitutional right, is it really a right? If the Texas legislature has its way, Texans may have a right to an abortion, at least for now, but they won’t be able to obtain one. And that is really no right at all. 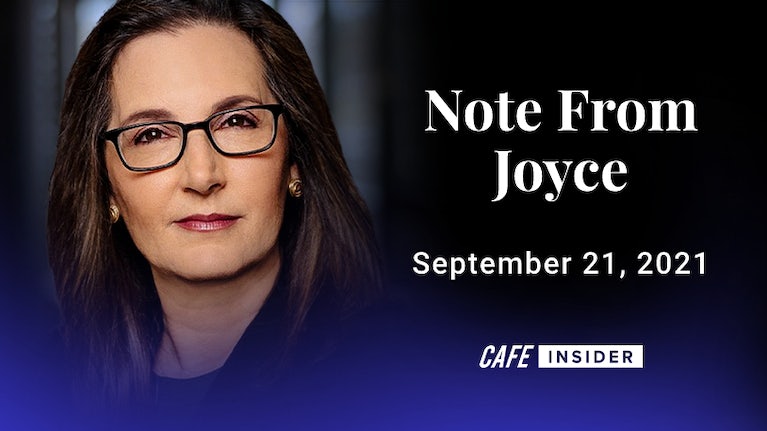 Note From Joyce: The Evil Genius of the Texas Anti-Abortion Law