The videos of George Floyd’s death are difficult to watch. One minute, Floyd is there, alive and very human and then he isn’t. His life drains away as he uses the last of his breath to beg for help while bystanders on the sidewalk plead with the officers to let him up.

Many people have said they don’t want to watch. I understand that, because it really is too much on one level. You cannot watch the video from start to finish without feeling seared—and we see the deep pain of the witnesses who had to watch George Floyd’s death in person and, in the absence of any personal responsibility for it, are consumed with grief over what they could have done to prevent it. So I don’t write to chastise or to shame anyone into watching. But I hope people, especially those whose lives don’t admit the possibility of this kind of conduct by police, will watch during the trial, despite, or perhaps because of, the pain it inflicts.

And nothing ever changes.

Too many people have been killed. There are protests, inquiries, and then the world moves on. There is no accountability and there is no justice.

In addition to the names we all know far too well, there are many lesser known cases. People who survived encounters but who were harmed and whose basic rights were violated. In Madison, Alabama, Indian national Sureshbhai Patel, who was visiting his family and helping to care for his new grandson, was slammed to the ground by an officer who used a disputed technique called a body sweep. The 57-year-old Patel was on a morning walk when officers confronted him after a neighbor called to report a suspicious looking man in the area. Patel held his hands in front of him and repeatedly said he did not speak English, before the assault that left him partially paralyzed. The officer was indicted in a federal case in Alabama. The jury hung twice, unable to reach a unanimous verdict. The judge dismissed the case, ruling she didn’t expect a different outcome in the third trial the government requested. The police chief who had fired the officer was forced to reinstate him.

Instances like this happen far too often, in the shadows. No law enforcement officer should do anything even close to this. No police union should condone it, no leadership should accept it. But our legal system has not proven up to the task of stopping it — our laws need to be reformed if our criminal justice system is going to be transformed.

I come from a religious tradition that teaches remembrance as vaccination against repetition, that teaches we must remember genocide and teach that it is real and can happen again if we are not vigilant. It is imperfect in a world where attempts at genocide are repeated far too often but “never forget” is still the right approach for serious human right violations. We must be willing to confront painful realities and be witnesses to the truth.

Last summer, the Black Lives Matter movement swelled into the streets to demand justice after George Floyd’s death, which shocked the conscience of the nation. But as those protests recede into history, we have not and possibly will not face the sweeping systemic challenges that we must, if we are to have the larger reckoning with racism in policing that needs to take place. Even modest recommendations to provide better resources for professionals with expertise in mental health and addiction as a supplement to traditional policing have been met with opposition.

There are good police officers who are committed to making their communities safer and who are shocked, outraged, and embarrassed by people like Derek Chauvin, but they cannot force change alone. They need activism that demands and sustains change. They are good men and women like the longest serving police officer in Minneapolis, Lt. Richard Zimmerman who took the witness stand and testified that Officer Derrick Chauvin, on trial for Mr. Floyd’s homicide, should have stopped restraining him once he was handcuffed and offering no resistance. “They’re cuffed. How can they hurt you,” he said from the witness stand as he testified that what Chauvin did was contrary to police training. We need real changes, not just ones made on paper, to develop a policing culture that respects and protects Black lives and dignity. We need rules that require officers working with someone like Derek Chauvin to intervene and protect life, so other families and communities do not have to endure deaths like George Floyd’s formalized lynching ever again.

That real change can only start if we confront the reality of George Floyd’s death, of his life seeping away in 9 minutes and 29 seconds of agony. We must be witnesses. We can best honor George Floyd by knowing in detail what happened to him, by watching the trial, including witness testimony and video evidence, as we are each able to. It’s important to watch responsibly and view the video as part of the trial proceedings, with understanding that spreading it across social media can contribute to the trauma black people endure as they watch racist incidents and are subjected to the indifference people can have for such sacred images.

But, as you watch the video, it’s impossible to avoid imagining yourself in George Floyd’s situation or see someone you love. We’re forced to confront how fragile our rights and even our lives can be in the face of a bad cop and his colleagues. Every time we watch, there’s a part of us that is urging Chauvin to get up, to listen to the crowd that is telling him he is killing George Floyd. We want a different ending for Mr. Floyd, one where he sits up and recovers. One where he goes home to his friends, his daughter and his very human struggles, because that’s what life is about.

But, of course, that’s never going to happen. It’s not going to happen for George Floyd and more deaths are going to occur unless we act as witnesses and develop the kind of deep outrage that demands action in a sustained manner. The demand cannot come from the Black community, alone. It needs to come from all of us, it is a shared responsibility. Because if there is no justice, there cannot be true peace, not for any of us. 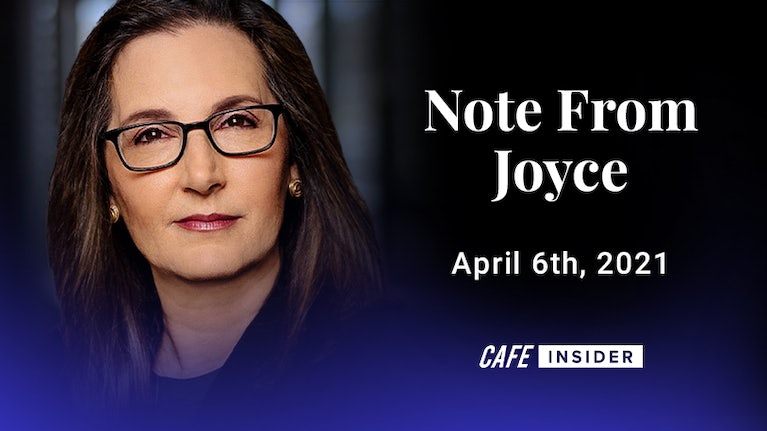 Note From Joyce: Why We Should Witness