Last Friday, prosecutors in the Derek Chauvin case filed a motion formally asking the judge to sentence Chauvin to a longer sentence than what the Minnesota sentencing guidelines call for in this case. The motion wasn’t a surprise; there’d been indication all along that they would ask the judge for more than the 150 months — 12 and one-half years — that the guidelines call for.

Under Minnesota law, virtually all convicted criminals receive a sentence in accordance with the guidelines. Enhancements are reserved for cases where the defendant’s conduct is significantly more serious than how the crime is typically committed. The Chauvin prosecution team asked for an enhanced sentence based on five aggravating factors that distinguish George Floyd’s murder from the heartland of second and third degree murders and require a longer sentence in order to do justice. These factors are often referred to as Blakely factors, due to a 2004 Supreme Court case, Blakely v. Washington, which held that a jury must make the decision as to whether there are any factors that require a defendant’s sentence to be increased beyond the prescribed maximum. The Court also ruled that the jury must make that finding beyond a reasonable doubt. Chauvin, likely understanding that the jury’s quick verdicts of guilt on all three charges against him were a strong indicator of how they would view sentencing factors, chose to leave his fate in the hands of the judge and waived his right to have the existence of Blakely factors determined by a jury.

So, it will be up to Judge Cahill to determine whether the facts proven beyond a reasonable doubt at trial support the prosecution’s request to increase Chauvin’s sentence. The prosecution did not ask for a specific upwards departure in their motion. They leave the length of the sentence to the judge’s discretion. The judge can increase Chauvin’s sentence if the government has proven the existence of at least one of the five factors it identifies in its motion.

Those factors are as follows:

The defense will have an opportunity to respond to the prosecution’s motion before the sentencing hearing. They can argue that one or more of the factors are not supported by proof beyond a reasonable doubt and that even if they are, they do not warrant an increased sentence. While the existence of these five factors may seem obvious to anyone who watched the trial or followed the reporting, the judge won’t treat their proof at the sentencing hearing in a perfunctory fashion. Sentencing is always a possible vehicle for appeal by defendants. Expect the judge to pay careful attention to each of the factors the government identifies and meticulously determine whether there was proof beyond reasonable doubt at trial. Even then, he will have to assess whether they move Chauvin’s conduct out of the heartland in a manner that merits increased punishment, before he arrives at the sentence he will impose.

If Judge Cahill increases Chauvin’s sentence beyond the guideline range, the sentence will only be reversed on appeal if an appellate court deems it an “abuse of discretion,” for instance, if the judge concluded an aggravating factor existed when there was insufficient evidence to support it. Should he decline to increase the sentence, Minnesota’s appellate courts are unlikely to reverse and force him to do so, since they treat any sentence within the guidelines as appropriate and generally decline to review a district court’s exercise of its discretion when the sentence imposed is within the presumptive range.

We won’t know what Chauvin’s sentence will be until the judge pronounces it in court. The prosecution has not suggested the length of the sentence they believe he should receive, asking, rather, for an unspecified upwards departure. Chauvin will serve only two-thirds of his sentence in custody, with the remainder being served under supervision following release from prison. But we do know the Justice Department is waiting in the wings with a criminal investigation of its own and there is the possibility of a federal indictment if they deem the sentence insufficient. DOJ is reportedly looking at both George Floyd’s death and at an earlier incident in 2017 where Chauvin put his knee on the neck of a 14-year-old Black boy until he passed out. DOJ could proceed if they decide the custodial sentence isn’t sufficient to vindicate the federal interest and believe they have the evidence to obtain a conviction under the federal civil rights statute.

George Floyd’s murder is one of those cases that begs for an exceptionally strong sentence. George Floyd didn’t have to die and shouldn’t have died at the hands of police officers. Sentencing guidelines are meant to be used in most cases to ensure fairness and uniformity. Departures, and particularly upwards departures, are reserved for cases that are truly exceptional. This is one of those cases. A sentence that is longer than what the guidelines call for will send a message, not just to this police department but to police across the country, that they must protect and serve. It will say that if one of them dishonors their badge and takes a life, they can expect to be treated like what they are – a common criminal. 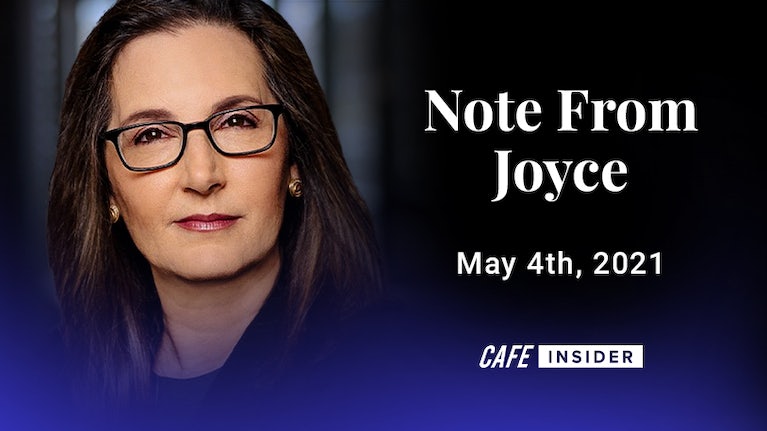 Note from Joyce: Will Chauvin Get The Sentence He Deserves?