According to its mission, the Heritage Foundation is a think tank that advocates for “individual liberty, limited government, free enterprise, traditional American values, and a strong national defense to protect it all.” The Heritage Foundation is the sort of group that venerates the American founding and the Founding Fathers—its branding materials specifically reference the Liberty Bell. Which is why I found it surprising—befuddling, even—that the Heritage Foundation, in partnership with the Margaret Thatcher Center for Freedom and the Simon Center for American Studies, was hosting a virtual event entitled The Crown Under Fire: Why the Left’s Campaign to Cancel the Monarchy and Undermine a Cornerstone of Western Democracy Will Fail.

When I first saw an advertisement for the event, I was immediately intrigued. But then I was completely confused. The connection between the traditional American values on which the Heritage Foundation is built and a full-throated defense of the British monarchy seemed like a stretch. After all, the democratic values that the Heritage Foundation celebrates are rooted in our nation’s 1776 break with Great Britain and its monarch, King George III. Any third grader can tell you about the Stamp Act and the Boston Tea Party—potent examples of the toxic relationship between the Crown and its erstwhile colonies that led to a violent break with Mother England and the American Revolution.

It’s worth noting that the Heritage Foundation is a stalwart of modern legal conservatism, which holds up originalism as its preferred method of constitutional interpretation. Put simply, originalism maintains that the Constitution should be interpreted the way it would have been understood or was intended to be understood at the time it was written—that is, in 1787. As that date suggests, for the Heritage Foundation’s target audience, the critical time period, and the determinative voices, for constitutional interpretation are the Founding and the voices of the Founding Fathers. This is all to say that the position with which the Heritage Foundation is associated is one that traditionally has venerated the anti-monarchical impulses on which the United States was founded. It is a position that would not regard a hereditary monarchy as “a cornerstone of Western democracy,” but instead would understand it as catalyzing the impulse toward democratic institutions.

Leaving aside, for the moment, the degree to which being simultaneously pro-American Revolution and pro-monarchy is actually quite a flex, I should note that the Heritage Foundation is not the only one with evolving views of the British monarchy. Over the last few weeks, my own views of the British royal family have changed. I should preface this by explaining that, for most of my life, I have followed the British Royal Family with a level of interest that many would find startling. I’ve gotten up at ridiculous hours to watch royal weddings. I know exactly how Queen Elizabeth II and Prince Philip are related (in addition to being spouses, they are also cousins on both their maternal and paternal sides, having descended from Queen Victoria and King Christian IX of Denmark).

Indeed, I can’t remember a time when I didn’t follow the British Royal Family. Growing up in a Jamaican family, an almost obsessive interest in the royals seemed like the understandable residue of our colonial past. Indeed, the Jamaica of my childhood summers had enjoyed less than twenty years of independence, and even then, it remained a member of the Commonwealth of Nations with the Queen as sovereign. Vestiges of a once indomitable empire were evident at every turn.

One of my earliest childhood memories is of sitting on the floor of my aunt’s Kingston home, shoulder to shoulder with my cousins, as our family watched the 1981 marriage of Charles and Diana. To be clear, ours was not an uncritical veneration of the monarchy. I still remember our collective horror as Lady Diana ascended the steps of St. Paul’s Cathedral, her voluminous dress crushed and wrinkled from her coach ride through London. “All that money and they couldn’t pick a sturdier fabric?” my aunt sniffed. The royal scandals of the 1990s—the string of royal divorces and Fergie’s toe-sucking disaster—likewise were met with raised eyebrows and reproach.

Despite these occasional scandals, the monarchy and its members always seemed a bit removed from real life. They did not look like us and the pageantry and fanfare of their lives stood in stark contrast to the stolid ordinariness of ours. But then Meghan Markle arrived.  Suddenly, someone in the royal family was “just like us.” She was no English rose, but a mixed-race American who had elbowed her way from Northwestern University to Hollywood, where she pounded the pavement as a struggling starlet, eventually landing a role on a network television show. She was not only self-made, but a self-described feminist who believed in women’s empowerment and devoted much of her spare time to humanitarian causes. To my mind, she was exactly what the royals needed as they plotted their future course—someone who could inject a bit of New World glamour and moxie into an Old World fairy tale.

But, as we all know, the fairy tale didn’t last long. Indeed, it ended in revolutionary fashion with Meghan and her war-hero prince breaking with the Crown, putting down roots in America, and declaring their independence and the new constitution of their lives in a riveting interview with Oprah Winfrey.

This is all to say that there is something profoundly American—and, indeed, deeply familiar—about the Megxit drama. The naif from the colonial backwaters is taxed and berated by the scions of the aristocracy. But instead of buckling, she fights back, breaking away, and taking a stand—this time not in Concord but in California. She refuses to accept their poor treatment, insisting instead on her own value and self-worth. She trades Newcastle for Netflix and Salisbury for Spotify, forging a new economic landscape for herself and her family—one that is not predicated on the peculiarities of inheritance, but rather on individual appeal and achievement.

It is the sort of story that, with its nod to American ingenuity and pluck, should resonate with the Heritage Foundation and its membership. But it does not. Instead, it resonates with people like me, the daughter of immigrants, who enjoyed the fluff and fantasy of princess stories, but never imagined that we could be a part of that pageantry. Who never imagined the possibility of a Bridgerton-esque reality in which a Black American princess, enthroned in Montecito, recounts her travails and eventual triumphs, to Oprah Winfrey, the undisputed Queen of American media. It is a narrative that could only happen in America. Which makes it all the more puzzling that so many Americans are dismissing it out of hand and instead seeking succor in the bosom of the British monarchy.

To some degree, the response is not altogether surprising. This ascendant pro-monarchist sentiment is not simply about owning the libs and rebuking cancel culture.  It, like so much of American myth-making, is an appeal to nostalgia. The Make America Great Again campaign is a prime example of this impulse. But nostalgia for what and for whom? A time when society was fixed and settled with a King at the top of the hierarchy and limited opportunities for social and economic mobility? That hardly seems like the stuff of American myth-making. Indeed, it is precisely what the American experiment rejected.

So, maybe it’s time for something different. Meghan Markle took her American sparkle to the UK, where it was roundly dismissed and rejected. The question going forward is whether this particular fairy tale, with a Black woman at its center, is one that can take root and flourish here in the New World in a country created for the very purpose of cultivating new myths and new possibilities. 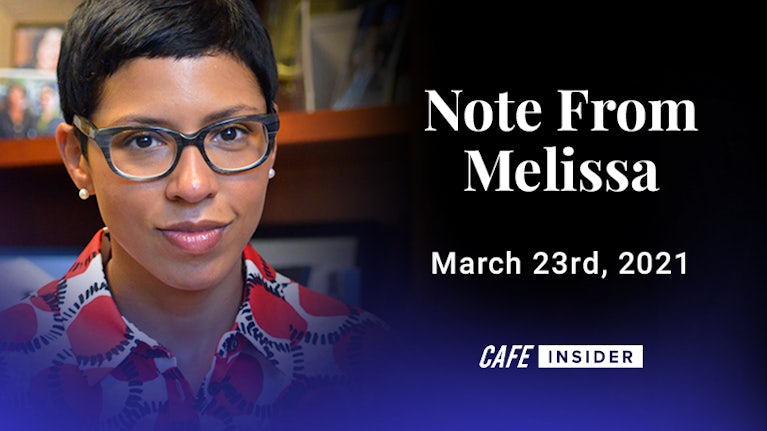