This weekend, in a fit of nostalgia, I decided to watch one of my favorite movies from childhood: Dirty Dancing.  Before you get judgey, I should note that my very conservative immigrant parents did not allow me to see Dirty Dancing when it first arrived in theaters in 1987.  The movie poster featuring Jennifer Grey pressed close to Patrick Swayze’s writhing pelvis was all my mother needed to underscore her conviction that the movie had “no redeeming values” and was completely inappropriate for her preteen.

But two years later, while attending summer orchestra camp at Florida State University, a group of jaded counselors decided that Dirty Dancing was exactly the ticket for our weekly movie night.  Past movie nights had featured showings of Amadeus and Fantasia, but having quickly exhausted their cache of movies that were actually about orchestral music, our counselors instead focused on finding crowd-pleasing fare with some tangential relationship to music.  Dirty Dancing fit the bill.  And it was the best attended movie night of the summer.  Legions of teenaged violinists and cellists huddled shoulder to shoulder in a crowded room, absolutely rapt as the story of Frances “Baby” Houseman and dance instructor Johnny Castle unfolded on the screen.

[If you haven’t seen the movie, stop reading.  It’s fantastic and totally worth your time.  What follows is the mother of all spoilers!]

The movie takes place in the summer of 1963—an innocent idyll before the assassination of President Kennedy ushered in the unsettling tumult of the 1960s.  Dr. Jake Houseman (played by the incomparable Jerry Orbach), his wife Marge, and their two daughters, Lisa and Baby (played by Jennifer Grey), are headed to the Catskills to Kellerman’s family resort for a month of rest, relaxation, and mambo lessons.  During her stay, Baby Houseman comes out of her shell— literally and figuratively—embarking on an unlikely secret romance with Johnny Castle (played by Patrick Swayze), the resort’s leather-clad, very experienced, very attractive dance instructor.  Dear listener, sparks flew.

Watching the movie today with my own teenager was a hoot.  She had so many questions: Was Kellerman’s just an old-timey version of all-inclusive resorts like Club Med?  Why was there a rigid class hierarchy among the staff, with the waiters being Yale and Harvard students and the dance instructors being from the other side of the tracks?  Why was trying on wigs one of the activities available to hotel guests?  Why was Baby’s nickname “Baby”?

As I answered her barrage of questions, it occurred to me that my daughter’s generation was far more observant than mine had been.  Halfway through the movie, I noticed something that had never occurred to me thirty years ago when I first watched Dirty Dancing in that crowded music room: Nested within Baby and Johnny’s unlikely romance is a subplot about illegal abortion.

The social scene at Kellerman’s is so rigidly divided between paying guests and staff that a love affair between the sheltered Baby and the more worldly Johnny would be impossible, and indeed, inexplicable, without a plot device designed to throw them together for extended periods of time.  In Dirty Dancing that plot device is an unintended pregnancy.  Penny, Johnny’s friend and dance partner, finds herself “in trouble” after an ill-fated romance with Robbie, one of the Yale-educated waiters.  Predictably, upon learning of the pregnancy, Robbie makes clear that he has no real interest in Penny—he was “just slumming” for the summer.

Without an economic safety net, no prospect of marriage, and with her career contingent on her ability to do the merengue, Penny is desperate to terminate the pregnancy.  But it is 1963 and abortion is illegal in most states.  Indeed, it would be a full decade before the Supreme Court’s decision in Roe v. Wade legalized abortion throughout the country.

Lacking the funds to travel to Mexico or Europe to obtain a legal abortion, as many wealthy women did in the pre-Roe era, Penny pins her hopes on the black market.  A traveling doctor—“a guy with an actual M.D.”— will be upstate in a few days and is available to perform an illegal abortion.  But even this solution is complicated—an appointment with the traveling physician costs $250, a princely sum for a dance instructor.  Further, the appointment will also require Penny and Johnny to forego their lucrative gig at the Sheldrake Hotel, compromising their current income and any prospect of being rehired for the next summer.

Social justice warrior Baby happily steps in to solve both problems.  Playing on her father’s trust and his abiding love for her, she asks him for the money.  When she reassures him that the money will not be used for “anything illegal,” he happily gives it to her.  Having secured the money for the traveling doctor, Baby goes one step further, subbing in for Penny as Johnny’s dance partner—the much-needed plot device that throws the unlikely pair together for what seems to be hours of sweaty, scantily clad dance lessons.

But Baby’s machinations are not without complication.  The traveling doctor—surprise!—is not “an actual M.D.,” but a purveyor of back-alley abortions who does his work brutally on a folding table and without the benefit of anesthesia.  When Johnny and Baby return from the Sheldrake, flushed from their successful performance, they find Penny in the throes of septic shock and bleeding out.  Once again, Baby saves the day by enlisting her doctor father, who treats Penny, ultimately saving her life.

Because Penny’s circumstances serve as the catalyst that brings Baby and Johnny together, one might be forgiven for not appreciating that Penny’s pregnancy and abortion are, by themselves, a major story.  In many ways, Dirty Dancing is an accurate depiction of the pre-Roe landscape, when an unplanned pregnancy could drive desperate women into the hands of back-alley butchers.  Although Penny’s botched abortion ended as well as it could, with Dr. Houseman treating her, saving her life, and preserving her ability to have future children, other women were not so lucky.  In 1964, Geraldine “Gerri” Santoro, a domestic violence survivor and a mother of two, checked into a Norwich, Connecticut motel with her boyfriend, Clyde Dixon.  The pair checked in under aliases because they intended to use the room to perform a self-induced abortion, using surgical instruments and information from a textbook.  Their efforts went horribly wrong, with Dixon abandoning Santoro after she began bleeding uncontrollably.  Her prone body was discovered the next day by the motel’s cleaning staff.

But it is not just that Penny’s circumstances accurately reflect the pre-Roe landscape; it is that in many ways, they reflect our current moment.  Unmarried and with a career that hinged on her ability to dance, Penny’s unplanned pregnancy presaged economic ruin.  And not much has changed.  Today, for many women, particularly working-class women, an unplanned pregnancy may also spell economic disaster.  Statistics show that most women seeking abortions are already mothers, suggesting that part of the abortion calculus is about the economic burdens of an expanded family.

And the landscape for abortion access can be as tenuous for some women as it was for Penny in 1963.  Just as Penny fretted about missing her gig at the Sheldrake Hotel to obtain an abortion, working women today worry about missing multiple days of work in order to comply with the waiting periods that many states impose as a condition for obtaining an abortion.  Just as Penny had to enlist the help of a friend to travel far from Kellerman’s for her appointment, women throughout the country, and especially in the South and Midwest, must travel great distances in order to obtain an abortion.  Roe v. Wade may have legalized abortion, but it did not eliminate the kinds of restrictions and regulations that can make accessing the right to choose difficult for women like Penny, who have fewer resources or who are located far afield from major metropolitan areas where most clinics are located.

And the landscape may grow even more restrictive in the next few years.  Next term, the Supreme Court, with its 6-3 conservative super-majority, will hear a major abortion case, Dobbs v. Jackson Women’s Health Organization.  The case is a challenge to a Mississippi law that prohibits abortion at just 15 weeks of pregnancy.  In her opening brief, Mississippi’s attorney general asked the Court to take the plunge and overrule Roe v. Wade.  As I have written elsewhere, I think the impending midterm elections, and the prospect of making abortion an electoral issue for Democrats, means that the Court is likely to decline this invitation, for now.  But even if the Court leaves Roe in place, its decision in Dobbs will likely widen opportunities for state regulation of abortion, further limiting abortion access for millions of women.

Which brings me back to Dirty Dancing.  Nobody knows what happened to Baby and Johnny’s romance once that golden summer ended.  But we do know that ten years later, American women won the right to make the choice that Penny made—but under conditions of safety and legality.  And for almost 50 years, American women have been relatively secure in their right to control their reproductive destinies.  But today the right to choose seems increasingly precarious.

As Dirty Dancing closes, Max Kellerman, the proprietor of the Catskills resort, senses that change is in the air.  Reminiscing with Tito, the resort’s long-time bandleader, he bemoans the changing environment: “It all seems to be ending.  You think kids want to come with their parents and take fox-trot lessons?  Trips to Europe, that’s what the kids want.  Twenty-two countries in three days.  It feels like it’s all slipping away.”  Max was talking about the leisure industry, but he could have easily been speaking of the landscape of reproductive freedom.  In less than 50 years, we now face the prospect of returning full circle to an environment where access to reproductive care may depend on wealth, resources, and living in a jurisdiction that values reproductive freedom. 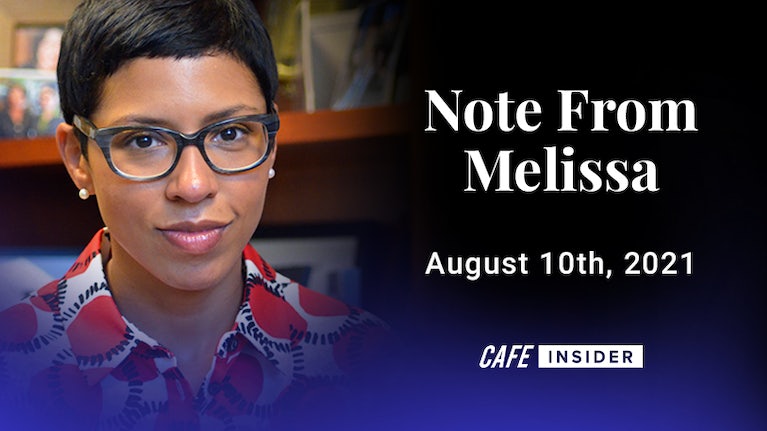