About two years ago, I received an unexpected phone call. A production assistant was looking for experts in constitutional law to provide commentary for a proposed documentary about the Fourteenth Amendment. Would I be interested in talking with the production team? I was decidedly not interested. I was swamped with writing and teaching commitments, and I knew from past experience (an ill-fated web-series on Beyonce and intersectional feminism!) that such requests are often huge time sucks that never pan out into anything notable.

The production assistant immediately intuited my disinterest. “I know you are very busy, and you must get a lot of these requests, but this is legit. Did you see Ava Duvernay’s 13th—the documentary about the Thirteenth Amendment?”  I had. “Well, this will be for the Fourteenth Amendment what that was for the Thirteenth.” I remained skeptical. “Yeah, but that was on Netflix and it was directed by an Oscar nominee.” She went in for the kill. “Well, this will also be released on Netflix and Will Smith and Larry Wilmore are two of the executive producers. I swear, it’s legit.”

So, that’s how I found myself on a soundstage discussing various aspects of the Fourteenth Amendment, the women’s suffrage movement, Pauli Murray, and reproductive rights and justice with a film production team. And last week, I, like so many other Netflix subscribers, got the chance to stream and view the finished product—Amend: The Fight for America, a six-episode docuseries on the Fourteenth Amendment and its role in scaffolding social movements for access to citizenship and race, gender, and LGBTQ equality. I just finished watching the series, and while I may be hopelessly compromised by my own involvement in the production, I think it is a remarkable achievement—a compelling and timely story about the Constitution and the oscillating trajectory of the nation’s efforts to make good on its promise of equality for all.

Amend’s six-episode arc begins by situating the Fourteenth Amendment in the broader context of the original Constitution, its condonation of slavery, and the pitched sectional battles over slavery that inevitably led to the American Civil War. You would think that much of this history would be well-trod ground, with few new insights. You would be wrong.

The first episode is framed around the life of Frederick Douglass and the debate within the abolitionist community over whether the end of slavery could be accomplished through the existing constitutional structure or whether the Constitution should be scrapped in favor of a new document that could achieve abolition and the integration of the formerly enslaved into the body politic as citizens. Born into slavery, Douglass escaped to the North and devoted his life to ending this “peculiar institution” and expanding the understanding of American citizenship to include Blacks. But despite his fervent dedication to abolition and upending the status quo for Blacks, he was something of an institutionalist. As the episode explains, Douglass departed from those who favored jettisoning the original Constitution because it was irredeemably compromised by slavery’s taint and ill-suited as a vehicle for expanding citizenship to include Blacks. Douglass acknowledged that the Constitution as written was imperfect—but he was convinced that it could be amended to both end slavery and integrate the formerly enslaved into the political community as citizens. What follows is a five-episode meditation on whether Douglass’s hopes for our framing document were fully realized, or whether there is still work to be done to truly make good on the Fourteenth Amendment’s promise of equal citizenship.

Episode 2 focuses specifically on the Fourteenth Amendment, which arose out of the ashes of the Civil War to offer the country a second founding moment—and almost immediately collapsed under the weight of the South’s recalcitrance and the Supreme Court’s crabbed vision of the Fourteenth Amendment’s breadth and reach. The other four episodes canvass the remainder of American history and the various social movement efforts to resuscitate the Fourteenth Amendment’s promise of equal citizenship and due process for all. The third episode chronicles the Civil Rights Movement, while the fourth and fifth episodes cover women’s rights and LGBTQ rights, respectively. The final episode considers the prospect of citizenship for those born outside of U.S. borders.

There is much to recommend the series. It is beautifully produced with a dazzling array of Hollywood talent.  Will Smith and Larry Wilmore serve as narrators, weaving the various themes and topics together, while well-known stars like Daveed Diggs of Hamilton fame and Yara Shahidi of Blackish breathe new life and meaning into the words of well-worn historical figures. Meaningfully, these star turns are punctuated by cameos from experts in the fields of law and history. Pulitzer and Bancroft Prize-winner Eric Foner weighs in on the doomed fate of Reconstruction and the Rise of the Lost Cause of the South, while Sherrilyn Ifill, the president and director-counsel of the NAACP Legal Defense Fund, contextualizes Thurgood Marshall and LDF’s successful campaign to use the Fourteenth Amendment to dismantle segregation in public education in the 1940s and 1950s. These well-known experts are joined by academic stars like Khalil Gibran Muhammad and Martha Jones, who are deeply respected among academic circles, but are likely less familiar to a general audience. Amend showcases their expertise, seeding a new cadre of public—and popular—intellectuals.

But the series’ most important contributions are not limited to these aspects of the production. To my mind, its two most important contributions are its twin efforts to recuperate and resurface lost—or submerged—aspects of our history while simultaneously drawing connections between this subordinated history and our current moment. The series is at its best when it documents the collapse of Reconstruction and the rise of Redemption in the South. Although the Civil War is well-worn material in high-school and college curricula, the undulating fortunes that characterized the period that followed the War Between the States is often absent from the discussion—certainly from the high school curriculum.

But as the series makes clear, this sidelined history is critically important for understanding the historical moment that we now occupy. When viewed in isolation, it is easy to dismiss Dylann Roof’s 2017 attack on the Mother Emanuel Church, which ended in the deaths of nine Black parishioners, as the work of a lone miscreant. However, when viewed as part of the historical arc of Redemption, the ideology of the Lost Cause, and the racialized violence that this ideology underwrote, Roof’s attack on a Black church and its congregants—as well as the contemporary conflict over the Confederate flag and Confederate monuments—are more obviously legible as part of a larger, violent struggle that is continually manifested in contemporary debates over heritage, history, and memory.

And this is perhaps the most important lesson to be gleaned from Amend. The arc of history may bend toward justice, but it is long and it may bend multiple times before eventually finding the just path. As a nation, where are we in our journey toward a more just and equal society? Are we there yet, or do we still have more road to travel, with bends and arcs to come? Who can say? Whatever your answer, Amend reminds us all that part of understanding where we are is understanding—and acknowledging—where we have been—however, complicated and painful that may be. Because, as Faulkner tells us, “[t]he past is never dead. It is not even past.” 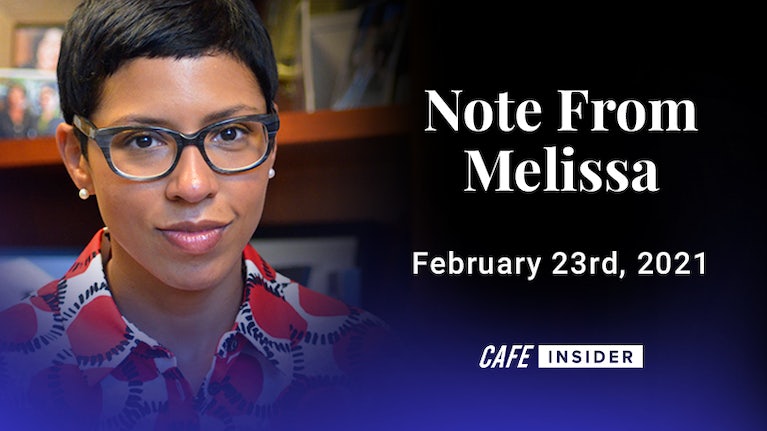 Note From Melissa: The Fourteenth