It’s July—the time of year where veteran Supreme Court watchers sit back and take stock of the Court’s most recent term and look ahead to the upcoming term.  In October 2020, at the beginning of the term, many commentators, including myself, advised the public to brace for impact.  With the replacement of liberal Justice Ruth Bader Ginsburg with Trump appointee Amy Coney Barrett, the Court’s conservative wing now had 6 votes—a super-majority that could accelerate the Court’s rightward drift.  With challenges to the Affordable Care Act, voting rights, and LGBTQ+ rights on the docket, this new 6-3 conservative super-majority could flex its considerable muscle in ways that would have seismic consequences for the law and our lives.  And, if the Court’s changed composition wasn’t enough, a presidential election loomed, raising the possibility that the Court would be called upon, as it was in 2000, to decide an election-related dispute, and by extension, the presidency.

So, here we are, in July, with another Supreme Court term in the rearview mirror.  What should we make of October Term 2020?  Were the pundits right?  Did we witness a hyper-conservative Court making seismic changes to the law?

Yes and no.  The Court refrained from jumping into the fray of the 2020 presidential election, turning away a number of requests to review challenges to election returns.  And, as importantly, it avoided broad and dramatic shifts in the law, opting in some cases, including those involving the fate of the ACA and the tension between religious freedom and gay rights, for narrower decisions that garnered a cross-section of votes from liberals and conservatives.

But, despite what some pundits have said, this is not a moderate or restrained Court.  Instead, what we saw this term was a reliably conservative Court that avoided dramatic lurches in jurisprudence in favor of incremental—but deliberate—moves toward more conservative positions.

And this stealthy conservatism could be glimpsed in much of the Court’s work this term—even in those cases in which it achieved cross-ideological agreement.  Consider Fulton v. City of Philadelphia, which pitted religious liberty against gay rights.  The case involved Catholic Social Services’ challenge to Philadelphia’s policy prohibiting city contractors from discriminating on the basis of race, sex, or sexual orientation.  CSS argued that the city’s policy violated its First Amendment right to free exercise of religion.  It also asked the Court to overrule a major religious freedom precedent, Employment Division v. Smith.

The Court unanimously ruled in favor of CSS—and against anti-discrimination protections, but it declined the opportunity to overrule Smith.  Pundits cheered the decision as a model of cross-ideological consensus.  But Fulton’s fragile unanimity seemed like a kind of engineered appeasement intended to stave off the more aggressive approach to religious liberty that some of the Court’s conservatives favor.  Indeed, three members of the Court’s conservative bloc seemed particularly aggrieved that, in seeking consensus, the Court avoided overruling Smith.  Justice Alito penned a stinging concurrence (that read a lot like a dissent) in which he outlined the case for overruling Smith and invited future challenges aimed at dismantling the 1990 decision.

But perhaps Justice Alito’s frustration was misplaced.  Although the Court avoided overruling Smith–the more aggressive conservative approach to religious liberty–it did move free exercise law in a more conservative direction.  The Court invalidated Philadelphia’s nondiscrimination requirement on the ground that the policy included some opportunity for city officials to exercise discretion and grant contractors an exemption from its ambit.  Although the city had never exercised its discretion by granting an exemption, the fact that such discretion existed meant that the city could, theoretically, discriminate against religion in violation of the First Amendment.  Given that so many antidiscrimination laws—and indeed, laws of all kinds—allow for some sort of discretion or the granting of exemptions, the Court’s “narrow” decision in Fulton actually swings the door wide open to religious liberty challenges to all manner of laws and policies.  This is hardly moderation.

Other cases that were lauded as models of “consensus” suggest that the cost of garnering votes from both sides of the political spectrum was that the Court actually decided very little substantive law.  For example, in its 8-to-1 ruling in Mahanoy v. B.L., the case of the cheerleader disciplined for salty speech, the Court declined to impose a categorical rule that would allow schools to regulate students’ off-campus speech in all circumstances.  But even as eight justices joined forces to credit the First Amendment rights of students, they did not say that off-campus speech could never be subject to school oversight.  And critically, even as they achieved consensus, the eight-justice majority did not provide guidance as to when off-campus speech was sufficiently disruptive to the school environment to warrant oversight by school administrators.  In short, the Court decided the case—but left school officials and students without clear parameters as to where the schools’ authority ends and the First Amendment rights of students begin.  The one thing the Court did make clear is that cross-ideological consensus is possible, so long as you agree to decide very little.

Other commentators hailed the 6-3 decision turning away a third challenge to the Affordable Care Act as a prime example of the Court’s penchant for non-partisan consensus.  But this too overstates the case.  In that case, the Court concluded that the plaintiffs challenging the ACA lacked standing to bring their claims in federal court.  The Court never actually reached the merits of the case—and the thornier substantive issue of the constitutionality of the healthcare law.  The Court’s consensus was around a technical issue of jurisdiction, not the substantive issues surrounding the law.  And it is worth noting that three justices—all stalwart conservatives—registered their willingness to hear and decide the case—and the fate of Obamacare—on the merits.

But even as pundits touted Fulton and the ACA challenge as evidence of a “consensus-driven,” non-ideological Court, the new conservative super-majority made its ideological bent plain in lower profile cases that did not garner as much media attention.  In a labor case, Cedar Point v. Hassid, the six conservative justices voted to invalidate a California regulation that facilitated agricultural workers’ ability to unionize.  In striking down the California law, which was once championed by Cesar Chavez and Dolores Huerta, the conservatives leaned into the right’s hostility to unions and continued the Roberts Court’s steady effort to dismantle legal protections for organized labor.  The ruling held that a California law requiring businesses to allow labor organizers onto their property for limited periods of time constituted a taking of private property.  It will have immediate implications for efforts to unionize agricultural workers, who are often difficult to reach and organize outside of the workplace.  Moreover, its logic may be extended to challenge a wide range of laws that require businesses to admit individuals onto their property—like laws that require state officials to enter onto the premises to conduct health and safety inspections or anti-discrimination laws that require businesses to serve all comers.

But Cedar Point was just the beginning.  As the term came to its inevitable conclusion, consensus was in short supply as the Roberts Court’s muscular conservatism took center stage.  In a major challenge to Section 2 of the Voting Rights Act, the six conservative justices joined forces to hobble what remained of the VRA’s protections for a multiracial democracy.  The 6-3 decision involved two Arizona statutes—one that threw out ballots cast at the wrong precinct and one that prohibited third-party ballot collection (colloquially known as “ballot harvesting”).  Democrats challenged the laws on the ground that they had a disproportionate impact on minority voters, who were more likely to experience changes in their voting precincts and to live farther away from ballot drop-off sites.  In upholding both laws, the Court’s six conservatives appeared to credit Donald Trump’s “Big Lie,” noting that the two laws served Arizona’s strong interest in preventing voter fraud.  To be clear, evidence of voter fraud in the 2020 election—and indeed, any election—is “vanishingly rare.”  Still, in upholding the two laws, and giving short shrift to claims of their disparate impact on minority voters, the Court gave the conservative narrative of rampant voter fraud its imprimatur.  The decision will surely have immediate implications for the DOJ’s efforts to challenge Georgia’s new voting restrictions and will likely embolden other states to enact ever more restrictive voting laws.

In Americans for Prosperity v. Bonta, a challenge to a California public disclosure law, the six conservatives again banded together in a 6-3 decision holding that states cannot require non-profits to disclose the identities of their donors to state authorities.  The challenged California disclosure law was aimed at preventing fraud in the administration of philanthropic organizations, yet the six conservatives seemed less concerned about the prospect of fraud in this context, easily dismissing California’s claims that the law was a necessary element of its fraud prevention efforts.  And while the decision only affects a law that deals with the disclosure of charitable donors, its logic may, in the future, be extended to challenge state and federal laws that require disclosure of campaign donations, upending campaign finance laws.

So, as we take stock of October Term 2020, it is clear that although this conservative super-majority did not do as much as it could have done, it certainly did quite a bit to move the Court and the law rightward.  On this account, this term may simply be an amuse bouche for the conservative smorgasbord to come.  When the Justices return to work in October, there will be even more opportunities to reshape the landscape of American law, including major challenges involving abortion rights and gun rights.  The real question going forward is whether next term will see the Court’s conservatives moving the law stealthily—but steadily—to the right, or whether, having set the table, the conservatives will decide that it is now time to feast. 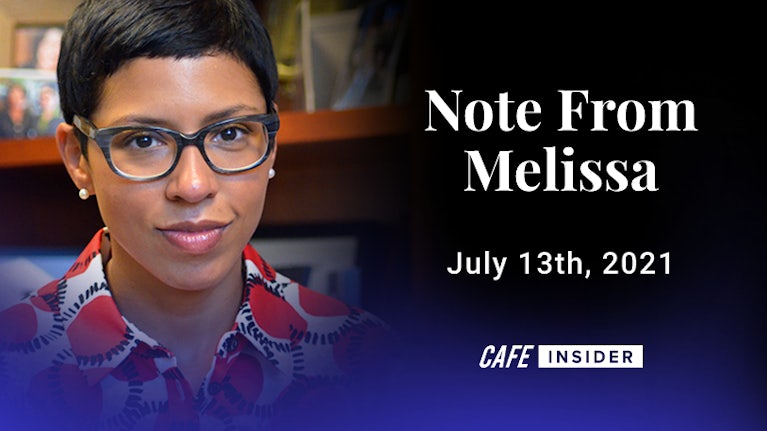 Note From Melissa: What Just Happened at the Supreme Court?