No sign of the news cycle slowing down, and we’re on top of it. Let’s dive in! 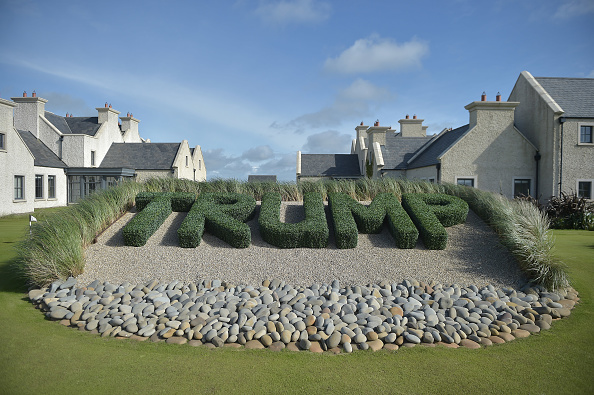 U.S. District Court Judge Anthony Trenga ruled on Wednesday that the federal government’s “Terrorist Screening Database” of more than 1 million “known or suspected terrorists” violates the constitutional rights of U.S. citizens on that list. The plaintiffs—23 Muslim Americans—allege that inclusion in the database infriges on their constitutional rights to due process, that they were wrongly placed on the list, and that the government’s process for adding names is error-prone and unreliable. Judge Trenga ordered the parties to submit additional briefs on how the watchlist could be changed within 45 days.

U.S. Vice President Mike Pence has come under criticism for staying at the Trump International Golf Links & Hotel in Doonbeg, Ireland during an official trip because his scheduled meetings in Dublin were 180 miles away from the hotel. Defending his choice to stay at the President’s hotel, Pence explained that his great-grandmother was from the tiny Irish village, and that it was “important for [him] to at least spend one night in Doonbeg.” When asked by reporterswhether Trump had asked the Vice President to stay at his golf club, Pence’s chief of staff, Marc Short, said that he did not think that it was “a request, like a command,” but rather a “suggestion.” This visit comes amid recent questions about Trump officials spending money at various Trump-owned properties, including Attorney General Bill Barr’s decision to personally pay for a $30,000 December holiday party at Trump’s DC hotel.

The House Judiciary Committee is preparing to hold hearings and call witnesses involved in hush money payments to Stormy Daniels and Karen McDougal, who claim to have had affairs with Trump before the 2016 election. The inquiry will resurface questions about the extent of Trump’s involvement in the hush money scheme, although the President has repeatedly denied that the affairs took place and has distanced himself from the payments. Congressional Democrats want to reportedly focus on why the campaign finance investigation involving Trump’s former attorney Michael Cohen ended abruptly in July without additional charges against potential co-conspirators.

On Wednesday, former Obama White House Counsel Gregory Craig was acquitted on a felony false-statement charge, stemming from legal work that Craig and his then-law firm Skadden, Arps, Slate, Meagher & Flom LLP performed for the Ukrainian Ministry of Justice in 2012. The Justice Department alleged that Craig was acting as an agent of Ukraine and that he made several false and misleading statements about his work for the Ukrainian government to the Justice Department’s unit that enforces the Foreign Agents Registration Act (FARA). The acquittal, following a 3-week trial that was spun off from former Special Counsel Robert Mueller’s investigation of Paul Manafort, sets back the Justice Department’s efforts at enforcing FARA.

On Tuesday, U.S. District Court Judge Rudolph Contreras ruled in favor of Playboy columnist Brian Karem, ordering the White House to immediately restore Karem’s hard pass, which is the credential that gives journalists access to the White House grounds. Karem sued President Trump and Press Secretary Stephanie Grisham last month for revoking his hard pass without due process following a confrontation the reporter had in the Rose Garden in July with Sebastian Gorka, a former White House aide. “Karem has shown that even the temporary suspension of his pass inflicts irreparable harm on his First Amendment rights,” Judge Contreras wrote in his opinion.

In a 357-page ruling issued on Tuesday, a three-judge panel in North Carolina determined that the state’s legislative maps are an unconstitutional partisan gerrymander drawn to help elect a maximum number of Republican lawmakers, and ordered that new maps be completed in two weeks. This ruling comes after a 5-4 Supreme Court decision in June holding that federal courts are powerless to hear challenges to partisan gerrymandering, delegating the responsibility of policing redistricting efforts to the legislative branch and individual states.

On Tuesday, the Pentagon announced that it has approved Trump’s proposal to divert $3.6 billion in military construction funds to build approximately 175 miles of wall along the border with Mexico. In a letter to House Armed Services Committee Chairman Adam Smith (D-WA), Defense Secretary Mark Esper detailed 11 projects that would be completed with the diverted funds. Esper cited 10 U.S.C. § 2808, which allows the defense secretary to greenlight military construction projects without congressional approval during national emergencies requiring the use of armed forces. PBS NewsHour obtained a list of 127 defense projects the Pentagon is temporarily deferring as a result, ranging from schools and childcare facilities to ammunition warehouses and maintenance facilities in the U.S. and abroad. 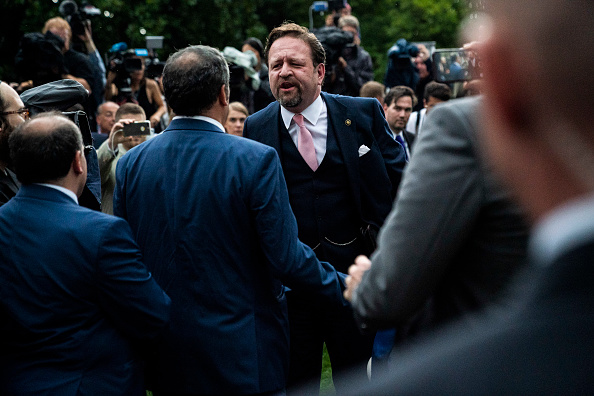 “Walmart plans to dramatically step back from ammunition sales after ‘horrific’ shootings,” CNBC, 9/3/2019

We hope you’re enjoying the CAFE Brief. Email us at [email protected] with your suggestions. We look forward to your feedback as we continue to expand CAFE content.