You may not know this about me, dear readers, but in my younger years, I had a legendary career as a basketball player. I was devastating from the three-point stripe, I could get to the rim in almost any circumstance, and I hit more buzzer-beaters than I could ever recount here. I mean, sure, ok, if you want to nitpick: I did this all while playing, alone, on my neighbor’s hoop. And when I played in real rec league games, with actual human opponents, I was more Kenny Payne than Charles Barkley. But when left by myself, with nobody else on the court to try to strip me or stuff me – I was something else.

The House January 6 Select Committee has done a stellar job thus far of compiling evidence and presenting it to the American public. And it’s clear by now that they are aiming at two audiences: the American public and Justice Department prosecutors, perhaps not in that order. But take a breath before viewing the Committee’s evidence, presented without meaningful opposition, and declaring that a criminal prosecution of Donald Trump would be, well, a layup.

The Committee is bipartisan; it includes seven Democrats plus two Republicans, Representatives Liz Cheney and Adam Kinzinger, who have forcefully stood up to Trump. But it’s also one-sided, in terms of its viewpoint on Trump and January 6. To be clear: that’s entirely a situation of Republicans’ own making. House Minority Leader Kevin McCarthy, despite his initial condemnation of Trump after January 6, quickly backtracked and had a hissy fit, boycotting the Committee and constantly undermining its work. So, yes, the Committee is one-sided, and yes, that’s entirely the fault of McCarthy and his followers.

The point here isn’t about who’s right or wrong. The point is that we need to understand how to properly absorb these hearings. We need to understand that the Committee’s evidence, powerful as it is, might well justify a prosecution – but it will not translate on a clean one-to-one basis over to criminal courts.

The Committee’s presentation is closer to a grand jury proceeding than an actual trial. Quick story. When I was a federal prosecutor at the Southern District of New York, I indicted a large case against two dozen or so defendants. We had spent a few days in the grand jury, introducing our evidence without any defense presence. (This is how the grand jury works; it’s a one-sided presentation of evidence by the prosecution, without any defense representation or participation.) After we finished and got our indictment, the prosecution team – a few FBI agents, the paralegal, another prosecutor, and me – went to get lunch at a restaurant near the courthouse. At one point, a judge – who had been an SDNY prosecutor for years before ascending to the bench – walked in, saw our group dining together with a celebratory air, and asked, “So what’s the occasion?” I explained we had just completed a grand jury presentation that had taken a few days. He deadpanned, only half-sarcastically, “Huh. So we’re having celebrations for grand jury now? In my day, we only went out after trials.” He had a point. Grand jury is easy, virtually automatic. But you earn your stripes when you have to face meaningful defense.

Here’s an example of how defense opposition and cross-examination can make a difference. The Committee has shown remarkable clips of the deposition of former attorney general Bill Barr. In his recorded testimony, Barr – a loyal Trump devotee throughout most of his tenure, unafraid to twist the truth in Trump’s favor – did a full turnabout. Barr now claims that he resigned in December 2020 because Trump insisted on pursuing baseless claims of fraud and had become “detached from reality.” Damning, right?

Q: You claim now that you resigned because Trump kept pursuing absurd fraud theories and because he was, in your view, “detached from reality.”

Q: But when you resigned, in December 2020, you said no such thing publicly, did you?

Q: And in that letter, you actually told Mr. Trump that DOJ was continuing to investigate potential election fraud. “These allegations will continue to be pursued,” you wrote – right?

Q: And in that letter, you praised the President for “advanc[ing] the rule of law.”

Q: In fact, you’ve said recently you would vote for Mr. Trump if he runs for President in 2024.

Q: And you’ve said publicly that you do not see evidence of any crime committed by Mr. Trump in the Committee’s presentation, isn’t that right?

Barr would have nowhere to run. All of the questions above are based on Barr’s own public statements. And you can see how the testimony looked substantially better for the Committee before cross-examination. Barr’s testimony still is valuable to the Committee, and could well support certain aspects of a potential criminal charge. But his testimony takes a hit after it is subjected to meaningful cross-examination.

Any prosecutor would have to contend with other complications, beyond cross-examination, that the Committee need not worry about. A prosecutor, of course, must prove the case beyond a reasonable doubt; the Committee faces no particular burden of proof. Prosecutors are constrained by the rules of evidence, whereas the Committee can display anything at all, entirely in its own discretion.

Indeed, some of the Committee’s evidence would never be admissible in a criminal trial. For one thing, prosecutors generally cannot play snippets of videotaped testimony given before the trial; prosecutors must call each witness, live, so he can be cross-examined. (It’s that old Sixth Amendment Confrontation Clause.) As another example, no judge in a (hypothetical) criminal trial of Trump would allow a prosecutor to introduce testimony from Ivanka Trump that she accepted Barr’s claim that there was no evidence of widespread election fraud. While that deposition snippet was sensational and may have had a political impact, Ivanka Trump’s opinion is utterly irrelevant to her father’s conduct or state of mind.

Keep this in mind as you watch the unfolding hearings. The evidence presented by the Committee has been compelling and, on its surface, remarkably damning to Trump. We know prosecutors are watching, and they should be. But they will be evaluating the evidence in a different and more complex light than the Committee members or the general public. 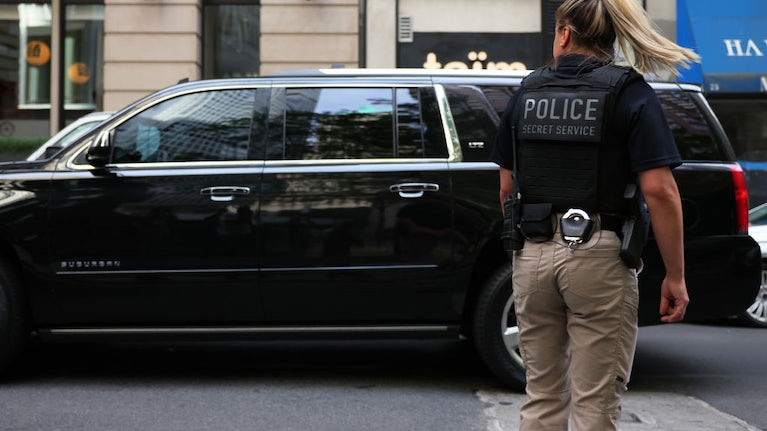