In my junior year in college, during a classroom discussion about press coverage of the then-approaching 1996 presidential election, a classmate made a casual, almost-offhand comment along the lines of: “Well, Jewish people run the media.” This fellow student was a friend of mine, though not a close one; we did student government together, we’d say hi around campus, and he was generally a mild, inoffensive presence. I probably wouldn’t remember him today if not for this incident.

I’m a little embarrassed to admit it now, but when he made this comment in class, my reaction was – well, nothing. At the time, it seemed like a benign generalization that advanced whatever larger point he was making; I had no idea if it was true or not, and I was probably halfway checked out on the classroom conversation anyway (this was an early Friday class; forgive me).

More importantly, I had no sense of the deep historical roots of the antisemitic sentiment behind his comment – the timeless, invidious notion that a small cabal of Jews control the world: the banks, Hollywood, the law, the media. Honestly, looking back, I don’t think he fully realized it either.

After class, another Jewish student asked me, with some alarm in her voice, whether I could believe what our classmate had just said. I didn’t even know what she was talking about at first. She explained that the comment about Jews and the media was antisemitic, and that we needed to call it out at our next class meeting. My reaction, I’ll now admit, was a shrug of the shoulders and a casual, “Eh, not really interested, he’s harmless, and what are you gonna do.”

I tell this story to illustrate that I have been lucky – privileged, really – to grow up almost entirely insulated from what I’d call firsthand antisemitism. (Note: I’m Jewish; you probably knew that or figured it out by now.) The fact that this relatively mundane incident sticks out in my mind speaks to just how little antisemitism I’ve directly encountered. I’ve heard a few jokes or comments that got close to the line, but I’ve never felt personally threatened or endangered. I realize now that I remained largely ignorant of antisemitism – its history and its dimensions, particularly in its more subtle forms – for too long.

Yet of all people, I should have been most keenly attuned to the evils of antisemitism – even the casual variety on display in my classroom that day. Both of my paternal grandparents were Holocuast survivors and they lost most of their extended families to the Nazi death camps. (I’ve written more about them here.) My grandfather (who I’m named after) died before I was born, but my grandmother lived until 2008, so I knew her well. She lived through the worst conceivable manifestation of antisemitism, and she bore the scars throughout her life. She never talked about the trauma, but we could see it.

Yet recently, when Kanye West and Kyrie Irving both went on antisemitic public benders, my first instinct was similar to my reaction to the incident back in college: hey, they’re jackasses, it’s only words, ignore them and move along. But it’s a mistake to glibly dismiss Kanye and Irving as silly, thoughtless, ignorant celebrity clowns. Yes, they both are all of those things. But the problem is they both matter, especially to young people. Go to my kids’ suburban New Jersey high school and I assure you Kanye would have 100% name recognition, while Irving would be at about 75%; I’m sure far fewer students could name our two U.S. Senators (best case scenario, we’d maybe get something like “That bald guy who gets all emotional and used to date Rosario Dawson, and some other dude who’s always in trouble with the FBI?”).

It’s also impossible to ignore how even the smallest spark, from even the most idiotic flint, can ignite a brushfire. Right after Kanye and Irving made their comments, we saw a wave of enthusiastic agreement from others voicing similar antisemitic sentiments. There was the predictable explosion of bile on Twitter and elsewhere on social media. But we also saw more sophisticated forms of concurrence: other influential celebrities who defended Kanye’s comments, a large antisemitic banner unfurled above a highway in California, an electronic scroll outside a bigtime college football game in Florida.

Those displays of hate reminded me that antisemitism runs deeper and wider than I often recognize. It’s as if there’s this barely-submerged population out there, jacked up and ready to come to the surface whenever they get the signal.

On the other hand, there was plenty of good in the public response as well. Kanye lost many of his endorsement deals and now is even more of a pariah than before (but I also wouldn’t count him out permanently, by any means). Irving more or less drifted by in the same oblivious, pseudo-intellectual fog where he permanently resides, though his team, the Brooklyn Nets, offered up a donation to anti-hate groups in response to public fury and stuck Irving’s name on it for show. When Irving failed to apologize or walk back his statements despite multiple opportunities, the team finally suspended him.

Plenty of people condemned antisemitism on social media, including some who posted a meme about supporting their Jewish friends. Normally, I’m no fan of demonstrative online “I stand with such-and-such!” sentiments. They can seem cheap and convenient and self-congratulatory. But I will say: I did feel a genuine sense of gratitude whenever I saw these posts. I guess it’s easier to be dismissive of these shows of support when you’re not the target. Lesson learned.

I don’t have a cure for antisemitism, of course. It has been around as long as the Jews, and it’s one of the oldest and most durable -isms in our collective history. I can say this: it’s always a struggle. On one side, you’ve got not so much Kanye and Irving themselves but the group of people who may be sympathetic to this kind of antisemitic bile. And on the other, you’ve got, well, everyone else.

I still feel safe and protected in this country. Maybe I shouldn’t be this casual, given my family’s experience, but I have never genuinely feared another Holocaust, or anything close to it, in the United States, in my lifetime. On the other hand, threats lurk. In the immediate wake of our most recent spasm of antisemitism, the FBI warned of a specific and credible threat to New Jersey-based synagogues. Ever since the Pittsburgh synagogue massacre in 2018, armed security guards or police officers have become necessarily omnipresent in synagogues during the major holidays and other events. A few months ago, when I spoke at my synagogue, my town’s police chief (who isn’t Jewish) insisted on attending in uniform to make sure everyone was safe, while our neighboring town sent one of their officers to secure the door. It’s upsetting that such precautions were necessary, but I was moved by the unsolicited show of support and protection by these officers for their Jewish friends and neighbors.

I suppose the thing about antisemitism, or racism, or homophobia, or sexism, or any form of hatred, is that there’s always something you can do to help. Even if it’s just a word of support, a gesture of empathy, a hand lent, or – yes – even a social media post: it matters. History has taught us what happens when hatred is met with mass silence or, worse, silent assent. The collective force of a community makes a difference. Antisemitism will never go away. But, as I’ve learned since the days of my indifferent response to the incident in my college classroom, it’s always worth it to call it out and to fight back. 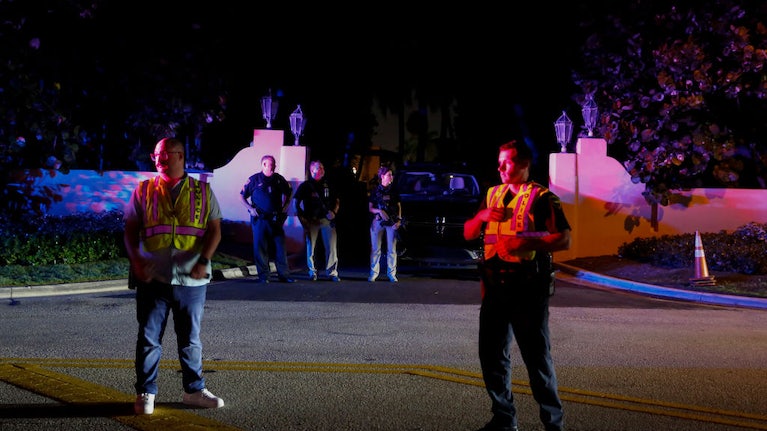