In honor of the late Harry Reid, who died December 28, 2021, a broadcast of Preet’s interview with the former Nevada Senator, who rose from humble beginnings in the mining town of Searchlight, Nevada, to become one of the most consequential Senate Majority Leaders in American history. The interview originally aired on February 7th, 2019. The episode begins with Preet’s reflection on the life and legacy of Senator Reid, recorded after hearing the news of his death.

The CAFE merch store is now open! Head to cafe.com/shop for some holiday favorites.

As always, tweet your questions to @PreetBharara with hashtag #askpreet, email us at staytuned@cafe.com, or call 669-247-7338 to leave a voicemail.

Stay Tuned with Preet is produced by CAFE. 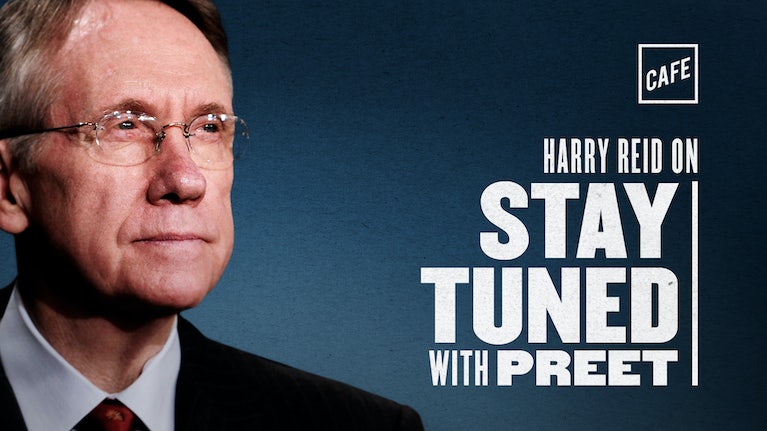