On social media platforms, Wednesdays are often denoted “Woman Crush Wednesdays,” prompting users to celebrate the exploits of especially accomplished women. In 2021, however, Woman Crush Wednesday has taken on a decidedly different flavor. Instead of posts and tweets about inspiring women, our social media timelines have, on these first Wednesdays of the new year, been flooded with images of political violence and tumult.  But even amidst the astounding photos of a fiery Capitol and red-capped rioters swathed in camouflage, women were present—and often, were center stage. Indeed, that was likely the problem. The events of January 6, and the tumultuous weeks that followed, are not simply about threats to our democracy.  In some regard, they are about the anxiety that some Americans have with the prospect of a democracy in which women are not merely members, but leaders.

The first Wednesday of 2021 witnessed the siege on the U.S. Capitol. Like so many others, my optimistic faith in a peaceful transfer of power curdled as rioters stormed the Capitol in an effort to disrupt the certification of the Electoral College results. But it was not just that rioters were intent on “stop[ping] the steal”; many were threatening harm to Nancy Pelosi, the first woman to serve as Speaker of the House of Representatives (and third in the line of presidential succession). According to those present at the Capitol during the insurrection, Pelosi was rushed from the main chamber a few minutes before the rioters arrived. Critically, some of the rioters were actively searching for Pelosi, eventually making their way to her office, where they sat at her desk, feet propped up while taking selfies. Congresswoman Alexandria Ocasio-Cortez underscored the danger to herself and other members of her caucus in an Instagram video post. As she explained, on January 6, she feared for her life and her safety, knowing that there were people in the building who might disclose her location, creating “opportunities to allow [her] to be hurt, kidnapped, etc.”

A week later, on January 13, Speaker Pelosi would again dominate the news cycle, presiding over the House of Representatives as the chamber voted to impeach Donald Trump, and signing the articles of impeachment that would formally charge the President with “incitement of insurrection.” In the media coverage, images of Pelosi were interspersed with footage of freshman Congresswoman Cori Bush condemning the insurrection and demanding that her colleagues take “the first step” toward rooting out white supremacy by “impeaching the white supremacist-in-chief.”

The third Wednesday of 2021 was no less eventful than the two that preceded it, though the tone was markedly different. Instead of rancor and disruption, there was hope and a poignant call for unity as a new president was sworn into office. And, as with the preceding Wednesdays, women played a central role in the festivities. Senator Amy Klobuchar, once a presidential hopeful herself, presided over the inauguration ceremony. Former First Ladies Michelle Obama and Hillary Clinton literally and figuratively eclipsed their husbands, commanding the stage—and the public imagination—in dazzling jewel tones. National Youth Poet Laureate Amanda Gorman invoked hope and optimism for an audience eager to move beyond the violence of the last few weeks. Even the usually staid judiciary was dripping with girl power, as Supreme Court Justices Elena Kagan and Amy Coney Barrett looked on as their colleague, Justice Sonia Sotomayor, administered the oath of office to Kamala Harris, the first woman (and woman of color) to serve as Vice President.

Taken together, these three Wednesdays will be remembered as important touchstones in one of the most tumultuous periods in American history. But they are also united in that they reflect the changing nature of American leadership—and, for some, the anxiety these changes provoke. On this account, the Capitol siege is not simply about President Trump and his electoral loss; it is about a receding model of leadership—one that has been exclusively male, largely white, and relatively privileged. Moreover, it is about the ascendance of a leadership model that is more diverse and inclusive than anything we have seen in this country’s history. It is about a model of leadership that embraces women and people of color not as anomalous tokens, but as central figures on the national political stage.

Viewed through this lens, the events of January 6 are newly legible not simply as efforts to disrupt a duly-conducted election, but as a rear-guard effort to return to a more familiar brand of leadership. How else to make sense of the threats to Speaker Pelosi’s safety or the casual misogyny to which the congresswomen who have come to be known as “the Squad” have been subjected? How else to understand the persistent call to “lock up” Hillary Clinton or the foiled plot to kidnap Michigan Governor Gretchen Whitmer? How else to explain the bizarre assertion—made in the aftermath of the attempted coup on the Capitol—that President Trump is “the most masculine person. . . to ever hold the White House?” Indeed, such a claim is rendered more obviously legible (and less obviously irrelevant) when it is understood, at least in part, as a response to the prospect of women not only being present in government, but also occupying the highest levels of leadership in a country that, for so long, has understood leadership in starkly male terms. In this regard, the upheaval of the last few weeks—and perhaps the last few years—is about the proper exercise of government power, but it is also about who gets to wield that power.

Many have remarked that the events of the last three Wednesdays were a turning point in the history of this country. That is certainly true. Between an insurrection, impeachment, and inauguration, the country has been forced to grapple with whether we will allow disinformation to prevail over truth and whether we will allow political violence to supplant the rule of law. But implicit in both of these questions is a deeper question about whether, going forward, we will insist on the country as it once was, or allow it to evolve into what it might be. It is an urgent question that asks whether those who were once consigned to the periphery of governance will be made to retreat, or whether we will allow them to share—perhaps, even, to command—the stage as living representatives of a changing nation. It is about whether we will use our Wednesdays to celebrate women’s success, or whether we will instead try to crush—literally—their ambitions. 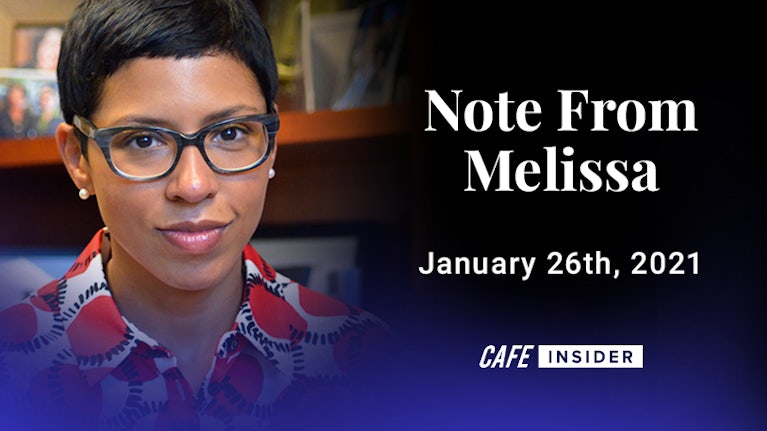