Here I attempt a rough taxonomy of Donald Trump’s sycophants. My unscientific analysis suggests three categories. And there’s a quiz at the end.

The first species I will call, uncharitably, the Dimwitted Cultists. These folks are not particularly interesting; they are unthinking and unflinching in their crude worship of everything Trump says and does. They are one-note cheerleaders, who unlike actual cheerleaders, don’t even know when their team has lost the game. This mindless mob includes the likes of Representatives Matt Gaetz, Jim Jordan, and Marjorie Taylor Greene; associates like Michael Flynn and Roger Stone; and lawyers like Sidney Powell and Rudy Giuliani. Rudy didn’t used to be dimwitted; but he sure seems so now. The old Rudy would never have put his very law license in jeopardy in favor of a cult membership; the old Rudy also would not have done things to put himself in the criminal crosshairs of the office he once led. Note a common feature of the Dimwitted Cultists – they tend to have the stink of corruption and criminality about them. Several are convicted felons; several others may soon be charged and/or sanctioned. But enough about this group. They are what they are.

The other two species are neither dimwitted nor cultish, though they will strategically act the part when convenient or helpful to the maintenance of position or power.

I’ll call the second species of Trump sycophants the Calculating Converts. These people are smart and educated and know better. In fact, there is documentary proof that they know better because members of this species all made on-the-record criticisms of Trump as scorching as any Resistance tweeter. These people tend to be Senators or wannabe Senators.

Remember what Senator Lindsey Graham said about Trump in 2016? “If we nominate Trump, we will get destroyed. . . and we will deserve it.” There was also this gem: “You know how to make America great again? Tell Donald Trump to go to hell.” Was he correct then or was he correct later, when he (d)evolved into a vocally supportive golf buddy of the President?

Then there was Senator Ted Cruz, who did not mince words about the reality TV star in 2016. He said Trump was a “pathological liar” and “utterly amoral” and “a narcissist at a level I don’t think this country has ever seen.” I could go on. It’s hard to believe he doesn’t maintain those on-point views, but he keeps them to himself now and otherwise sings Trump’s praises. Because that is the path to power.

The most recent Calculating Convert is lawyer and author J.D. Vance, who has sharply changed his tune on the former president. Back in 2016, the man who wrote the bestseller Hillbilly Elegy boasted that he didn’t vote for Trump and called many of his views “reprehensible” and “noxious.” He said, for example, “Trump is cultural heroin. He makes some feel better for a bit. But he cannot fix what ails them, and one day they’ll realize it.”

Vance has since apologized and asked to be forgiven for his mean statements about Donald Trump: “Like a lot of people, I criticized Trump back in 2016. I’d ask folks not to judge me based on what I said in 2016. .  I regret them. I regret being wrong about the guy.” What changed? Maybe Vance’s latest statements just prove that Yale law grads’ brains are as subject to the laws of entropy as anyone else’s. But more likely it’s that Vance now wants to be the next Senator from Ohio, and Ohio went for Trump. He’s looking for late entry onto Team MAGA in order to have a chance in the Republican primary. Interestingly, Vance also said this week that Trump views people who “kiss his ass all the time” as “weak.” I guess we have some idea then of what Vance thinks of the Dimwitted Cultists, supra.

The converts are strategic flip-floppers, for whom hypocrisy is not a flaw and power is the most important pursuit. Forgiven past transgressions by both Trump and his base, they are political survivors. They may be flakes, but they are not Jeff Flake.

Finally we come to the group I will call the Discarded Enablers. They were loyal from the get-go. They don’t have tweets to delete, or critiques to explain away. These tend to be persons in the executive branch, directly in the chain of command, responsible for actual policies and subject to direct orders from their president. These are the enablers, at least until even they drew lines and could enable no more. I include in this category Jeff Sessions, Bill Barr, and Mike Pence. Each a Trump loyalist, each ultimately humiliated and cast aside.

In demeanor and tone, was there ever a greater Trump sycophant than Vice President Mike Pence? Recall the cringe-worthy cabinet meetings where Pence fawned and all but called Trump “Dear Leader.” He pushed every nasty and misbegotten Trump policy, from border separations to the COVID debacle. But there was one thing he wouldn’t do – he wouldn’t undo the election on January 6th. For that, a violent mob sought to hang him. For that, he was booed at a conservative Christian forum. For that, he is finished politically.

Jeff Sessions was Trump’s first Senate supporter, left a safe seat to become Attorney General. He too championed terrible Trump priorities, with gusto. But he did at least one ethically correct thing – he recused himself from the Russia probe. For that, he was hounded and humiliated by Trump. For that, he was ultimately sacked. For that, Trump endorsed his opponent when Sessions tried to reclaim a Senate seat. For that, he too is finished politically.

Bill Barr is a bit more complicated; he is not a politician and remains employable in the legal ecosystem. He was not a rhetorical cheerleader in the same vein as others, but he was a Trump enabler for sure. Read Elie Honig’s book and listen to our conversation on Stay Tuned. Barr manufactured a narrative about the Mueller Report, put his thumb on the scale for Trump associates, and bellowed without evidence about expected election fraud that never came to pass. He enabled and enabled and enabled until he could not enable any more. He would not, in the end, use DOJ to undo the election.

To be clear, I am not urging sympathy, pity, or gratitude when it comes to the Discarded Enabler species. They did the barest of minimums to preserve the republic, and their MAGA pariah status was utterly foreseeable. I do wonder, though, why they took the jobs they took, why they debased themselves so. I wonder whether they would do it all over again. 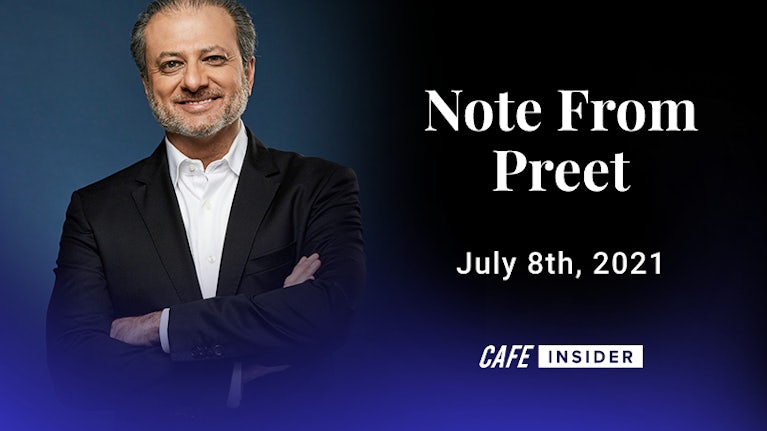 Note From Preet: A Trump Taxonomy