The summer of ’88 was a hot one. But maybe I remember it hotter than it was because back then there was no air conditioning on the subway. In those months, the New York City subway was the final leg of my morning commute to an unpaid state government internship with the Office of the Ombudsman, where I did constituent work.

I had just finished my sophomore year of college, and living in the City was out of the question. So I lived at home in Eatontown, New Jersey, with my parents. Every morning my mother would drive me to the Little Silver train station, where I would join the hordes of commuters for the hour-long trek to Penn Station in Manhattan. Then I took the sweaty subway to a downtown government office building.

Kindles were decades in the future, so if you wanted to read a big fat book, you had to lug it around. Just before my internship I found a big fat book I wanted to read, so I lugged it onto the train each day, in my JanSport backpack. The book was called “Robert Kennedy and His Times” by Arthur M. Schlesinger, Jr. It ran to 983 pages; 1,163 pages if you counted the notes and index. The cover contained this boast: “THE MAGNIFICENT NATIONWIDE BESTSELLER.” And this mournful question: “Who can say what might have been?”

I read it cover to cover that summer. I trust you will believe me when I tell you, I read the living hell out of that book. For an hour each morning and an hour each evening, I shut the world out and lived in Bobby Kennedy’s times. I was 19-years-old and impressionable and ready to inject idealism into my veins. It may not have been the most balanced treatment of Kennedy; Schlesinger, an ardent Kennedy supporter and advisor, paints a wholly flattering portrait. But I mainlined it anyway.

I have been thinking about that book this week – or more accurately, the experience of reading that book. Sunday was the 53rd anniversary of the assassination of its subject. Kennedy was 42. Most years I quietly mark it in some way (I feel a similar way about April 4th). I might pick up my copy of “Thirteen Days,” Kennedy’s own book about the Cuban missile crisis. Or I might go back over an old speech of his. Sometimes it’s the address he made to the Democratic National Convention the year after his brother was killed, where he was applauded for some 22 minutes before he could pay tribute to John. And sometimes I pull up the video of Ted Kennedy’s eulogy of Bobby, in which Ted mostly quotes his fallen brother’s finest oration.

This year I didn’t mark the anniversary. I forgot.

On Monday I remembered the anniversary and also the book I read that summer. I stopped whatever I was doing and went hunting for it. I finally found it on the top shelf of a bookcase in the family room. It sure looks 33 years old.

When I say I read the hell out of that book, I mean it. There are words and passages circled and starred. Some have asterisks. Whole sentences are underlined in ink. (I’m using the passive voice out of mild embarrassment.) There’s this passage quoting a famous speech Kennedy gave in Capetown, South Africa:

“Each time a man stands up for an ideal, or acts to improve the lot of others, or strikes out against injustice, he sends a tiny ripple of hope, and crossing each other from a million different centres of energy and daring those ripples build a current which can sweep down the mightiest walls of oppression and resistance.”

I was already quite familiar with this paragraph because I had delivered it in speech competitions in high school. I literally knew it by heart. And yet I underlined it anyway. It is also, by the way, the speech that Ted quotes from in his eulogy.

I devoured every story about the fights for civil rights, the battles against the mafia, and later, against poverty. Years before I became a prosecutor, I marked this passage about Kennedy’s time as Attorney General: “He was determined to transform the Department from a citadel of stare decisis into an agency of reform.”

There is this passage, underlined and starred for extra emphasis, about what Kennedy said when he saw the awful conditions workers endured at a coal mine during a trip to Chile: “If I worked in this mine, I’d be a Communist too.”

Some of you might be wondering right about now whether this was unhealthy hero worship. Not to worry. I was 19. I have long since learned not to place politicians on pedestals. I have no idols. But I do have inspirations. Inspirations are important. They get you through malaise and writer’s block and setbacks. Inspirations get you to aim high and aim straight. They help make you feel dumb about the small stuff you sweat. They give you permission to dream big.

Bobby Kennedy has always been that for me. I am often asked what motivated me to become a lawyer, what impelled me to public service, what drew me to the Justice Department. There are many things of course. But high up there is the inspiration of Kennedy. And to a degree that astonishes me still, the idle daydreams of that commuting New Jersey teenager, dreams of serving the public and making a difference, came true.

He may not have become President in 1968. He may not have saved us from Nixon. He may not have lived up to the expectations he set for himself. He may have eventually disappointed or divided us. But I will tell you that every year on the anniversary of Bobby’s death, I have the same plaintive wish: “Oh how I wish he had lived.” 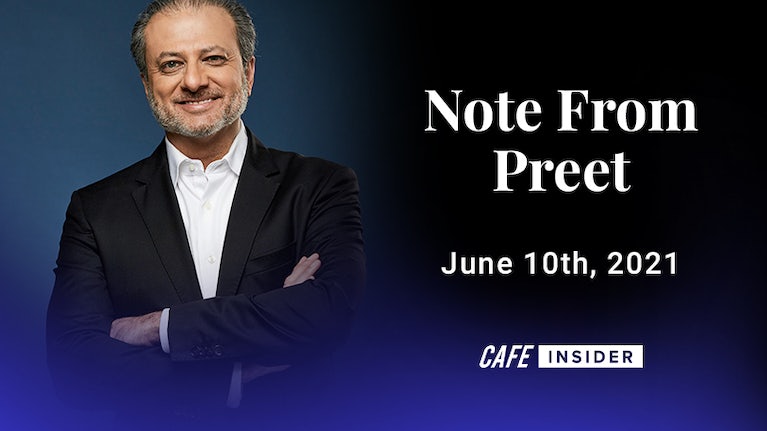 Note From Preet: A Ripple of Hope