Since law school, I have made it a goal to strip my writing and speech of unnecessarily fancy, obscure, and multisyllabic words. Speak and write as simply as possible; don’t send readers scurrying for the dictionary, like writer George Will does, as I once good-naturedly criticized him on the Stay Tuned podcast.

I’m going to violate that resolution here because a couple of particularly fancy seven-syllable words have been banging around in my brain this past week, terms I played with and whose meaning I explored, in the academic abstract, way back in college when studying moral philosophy. They are the adjective “supererogatory” and its noun counterpart “supererogation.” Despite the sound of it, the latter has nothing to do with the watering of crops.

The words may be fancy but the concept is straightforward. Supererogation, per moral philosophers and ethicists, is the performance of an act above what duty calls for; it is good but not morally required; it is worthy of praise, but its non-performance is not a cause for criticism. A supererogatory act is morally optional, but is typically impressive and tends to involve some sacrifice or hardship for the person who performs it. As an ethical matter, the notion of supererogation calls into question the adequacy of legal and moral codes generally, lays bare the limits of the law and the strict requirements of duty. Some, especially those of certain religious traditions, ask the question: if something is morally praiseworthy, why should it not be morally required?

I don’t remember the real-world examples of supererogation I considered in my college papers. Probably they were bare-boned simplistic hypotheticals, like the man who would jump on a grenade and sacrifice himself to save his fellow soldiers, something like that. Also, perhaps, stories of good Samaritans who had no duty to help others in distress but went out of their way to do so.

But this past week, I was reminded of two examples of what it means to go above and beyond duty, not term-paper hypos, but real-life, heart-wrenching and awe-inspiring testaments to virtue, stories with texture and conflict and humanity. These examples supply a better definition of supererogation than any dictionary or book of philosophy.

The first involves Rais Bhuiyan, the protagonist of the sixth and final episode of my new narrative podcast, Doing Justice. I can hardly think of his plight without becoming emotional. Rais is a Muslim immigrant from Bangladesh, who was shot point-blank in the face and left for dead by a white supremacist named Mark Anthony Stroman shortly after 9/11. Stroman was eventually sentenced to death for a different, fatal hate crime.

As it happens, the night before the Rais episode was set to be released this week, I saw that the movie “Dead Man Walking” was about to play on cable. I hadn’t seen the film in many years, but I remembered the basic story and realized that its themes overlapped with those of the Rais episode. So I re-watched it, from beginning to end. The film centers on the story of Sister Helen Prejean, a real-life nun played by Susan Sarandon, who comes into contact with a white supremacist on death row, Matthew Poncelet, played by Sean Penn. The story is based on real events, though Poncelet is a composite character. Poncelet and a friend had raped a girl and killed her and her boyfriend in the woods.What were the supererogatory acts of Rais and Sister Helen? For Sister Helen, a devout Catholic, it is choosing to become Poncelet’s spiritual counselor and even friend in the days leading up to his scheduled execution. Her aim is to save Poncelet. Not so much his life, which is almost certainly at an end, but his soul. She does this despite the inmate’s murderous acts, ugly racism, and unrepentant defiance. She does this despite the disapproval of the guards, the community, and most importantly, the hot anger of the dead victim’s parents, who can’t believe that she would take time to console an evil monster. Sister Helen says to Poncelet, “I want to help you die with dignity.”

For Rais Bhuiyan, a devout Muslim, it is choosing to look into his own heart and forgive his racist would-be murderer. And not only forgive him, but fight to save him from death row. Rais petitions the Governor and courts in an effort to spare the life of the man who tried to end his. How many people could do such a thing? Could you?

Poncelet and Stroman are echoes of each other. Raised wrong, taught to hate, railing against their looming fate after they themselves executed innocents in cold blood. Who would bother to spend even a minute to help find redemption for these two dead men walking?

Up to each man’s final hours, as Stroman and Poncelet must contemplate their impending death at the hands of the state, Rais and Sister Helen attempt to offer precisely that: some measure of redemption.

Just before the appointed hour, Sister Helen implores Poncelet to accept, at long last, some responsibility for what he has done. Finally he admits he killed the boy. And raped the girl. And Sister Helen says, “You have dignity now.” She says, “You did a terrible thing.” She also says, “You are a son of God.”

Through tears, Poncelet says, “Nobody ever called me no son of God before. Called me a son of a what’s a lot times, but no son of God.” And then he says, “Thank you for loving me.”

On the last day for Mark Stroman, Rais is still desperately fighting to save his attacker’s life. There is a last minute legal gambit, but it fails. Rais wants to speak some final words to Stroman – not the words you would expect a victim to speak to his would-be murderer, and the murderer of two others. Rais, like Sister Helen with Poncelet, wants Stroman to know he is loved and forgiven. Rais and Stroman are able to speak by phone.

This is how Rais describes the call:

“And what else could I tell to a person who is about to be executed in a couple of hours? So I told him, Mark, know for sure that I forgave you and I never hated you. And that was really important for me to tell him, because he heard this from people, but now it is important that he’s hearing the same thing from me, one of his victims. And he said, thank you. I never expected this from you. I love you, bro. And when he said I love you, bro, I just couldn’t hold my tears.”

Rais and Sister Helen ministered two men who had lived their lives with hate in their hearts but at the end had “love” on their lips.

It does not take a fancy philosophical term to understand the special character of these two people. Neither is a Saint. Both are flawed, as they would tell you. They are just human beings, who chose to do something difficult and extraordinary, despite their flaws, despite their fears, and despite the incredulity of others. The law will never truly fix the world. But love might. 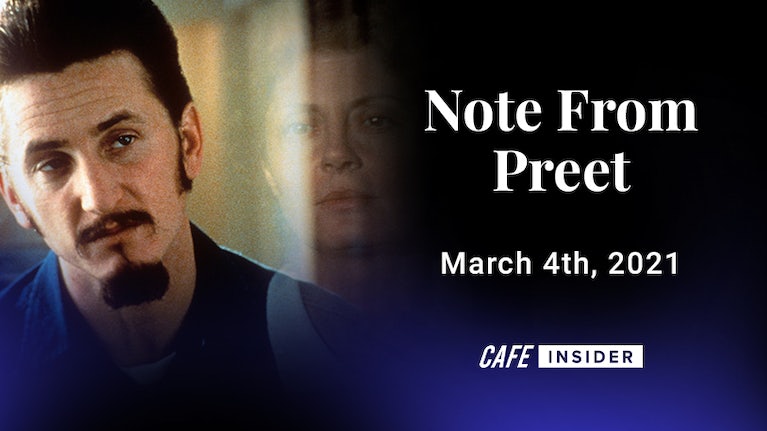 Note From Preet: Above and Beyond