The insurrection of January 6th remains top of mind, not only because it is the focus of an unprecedented second impeachment trial for a U.S. president, not only because we just saw felled Capitol police officer Brian Sicknick honored in the rotunda desecrated by the rioters who killed him, and not only because news of criminal charges against those rioters keeps breaking.

The deadly insurrection is top of mind also because, weeks later, details of the day continue to emerge. New video clips, with new angles and implications, keep surfacing. And fresh first-person testimonials offer a deeper perspective on how catastrophic that day was and how much worse it could have been.

One of those remarkable testimonials came this week from Representative Alexandria Ocasio-Cortez, or AOC, in the form of a widely-watched Instagram Live feed. For an hour, AOC narrated her experience on January 6th, with both color and emotion. What she described was galling, heartbreaking, and riveting all at the same time.

She revealed that she is a survivor of sexual assault. She explained how and where she hid. She responded to those who have made ludicrous calls to move on in the aftermath of the mayhem:

“The reason I say this and the reason I’m getting emotional in this moment is because these folks who tell us to move on, that it’s not a big deal, that we should forget what’s happened, or even telling us to apologize. These are the same tactics of abusers. And I’m a survivor of sexual assault.”

Then there was this frightening assessment: “I thought I was going to die.” Millions of people have now seen and heard AOC’s statements and have been moved by them. (Just as I’m writing this, some outlets have raised questions about the accuracy of AOC’s account. She has strongly stood by her description of the events.)

“You don’t have to agree with everything @AOC proposes to know she spoke a lot of truth about 1/6 tonight.”

It was a remark meant for both Democratic and Republican critics of AOC. The point was, hey, for just one minute could you put your political flag down, forget your partisan tribe, put aside whatever caricature you believe about this politician, and listen to a human being who suffered trauma and, like any normal person, wants some acknowledgment, reckoning, and justice.

Most, I think, agreed with my sentiment, like this person:

“That was almost the exact response I shared with a group that were down on AOC. I said you may not agree with her on any number of things, but I find her direct, honest & she is trying to use her position to do good things. I’ve got nothing but respect & appreciation for her.”

Jay Nordlinger, senior editor at the conservative National Review, whose readers are mostly well to the right of AOC, expressed a similar sentiment:

“Even the most hardened anti-AOC-er may listen to her story about the January 6 assault — and pause a bit.”

But a vocal group of folks took offense at the first 11 words of my tweet. Why, they wondered, did I feel the need to qualify my opinion, why did I have to say the part about not needing to agree with all of AOC’s positions. This is a representative response:

“Why do so many people, even Preet Bharara apparently, go out of their way to begin AOC-related statements by noting how allegedly disagreeable her beliefs are? Who else gets treated this way? *And* what is there to disagree with anyway? Name it.”

Well, the idea that there is nothing for anyone to disagree with AOC about is its own version of tribal pathology. I do not consider myself a Democratic Socialist nor do I support “defund the police” rhetoric, but I think AOC is right to push the party on a number of issues. I also admire AOC’s passion and her work ethic. Given my background, maybe I admire most her ability to vivisect witnesses at House hearings. But all that is neither here nor there.

I wasn’t giving my own view about AOC. I was recognizing the many millions of people who think AOC is a radical and tune her out no matter what she says. If you don’t think many reflexively tune her out, you’re not paying attention to our politics. The knee-jerk dismissal is not new. I’m reminded of what the late conservative columnist Bob Novak once wrote about my former boss in the Senate, addressing those on the right who would dismiss him: “Just because Chuck Schumer said it doesn’t mean it’s not true.”

The point is this principle: when someone you disagree with politically speaks the truth, you should acknowledge it. It’s the inversion of another vital principle that in this era perhaps is more understandable: when someone you agree with politically spews lies, you should call it out. Abandoning these two principles assures division and deadlock in our politics. It’s part of what’s brought us to this brink.

As for the question, “who gets treated this way?” I’ve said pretty much the same thing about people all across the ideological spectrum, and I wish it would happen more often:

From time to time it is worth paying more attention to the substance of the statement than the identity of the speaker. 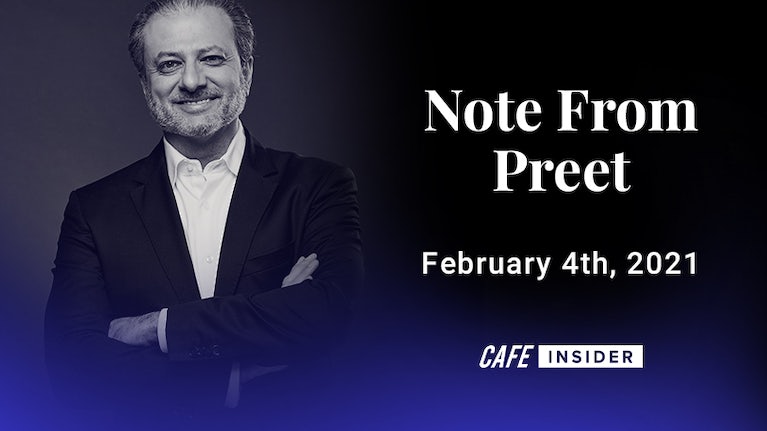 Note From Preet: Beyond Politics