It is not even four weeks since Ruth Bader Ginsburg’s passing and the confirmation hearing for her conservative replacement is already wrapping up. It has been an unprecedented and astonishing shotgun process, with Election Day and possible electoral defeat acting as the metaphorical gun to the heads of Republican senators. I agree with the majority of Americans that the nomination is illegitimate and contrary to the will of the people, not to mention contrary to Mitch McConnell’s own standards articulated in 2016.

But what of the substance of the hearing itself? On that score, Judge Amy Coney Barrett’s commitment to obfuscating her views is not without precedent. Time and time again, she refused to give her frank thoughts on settled precedents or legal questions whose answers should not be controversial. Other nominees have tried to do the same, though my impression is that Judge Barrett is the least forthcoming nominee in recent times. She, like many before her, liked to cite what they call the “Ginsburg Rule,” — referring to RBG’s confirmation mantra that she could give no hints, no previews, no forecasts — never mind that the late Justice actually testified extensively about substantive legal matters, including opining on Roe and other reproductive rights issues.

The confirmation process is increasingly empty, a kabuki exercise in which nominees dance around questions on which they were happy to hold forth even moments before the honor of being picked for the Supreme Court. As the late Senator Arlen Specter often quipped, “Nominees say only as much as they think they have to in order to be confirmed.” It can seem a game of power, not principle.

Nonetheless, even against the backdrop of this unfortunate tradition, Judge Barrett’s reticence is striking.

She refused to answer countless questions on law and policy:

— She refused to say whether voter intimidation is illegal.

— She refused to say whether the President could pardon himself.

— She refused to say whether the President has the authority to unilaterally deny someone’s right to vote based on race.

— She refused to say whether it is wrong to separate children from their parents in order to deter immigrants from coming to the U.S.

— She even refused to say that presidents should commit to the peaceful transfer of power.

She was similarly silent about her views of various high court decisions. She would say that Brown v. Board of Education was correctly decided, but would not say the same for Griswold v. Connecticut, the case that held there is a privacy right to contraception. Nor would she say what she thought about Supreme Court cases relating to the Voting Rights Act or same-sex relationships. You can be sure she has views, perhaps strong views; but you were not going to learn them at this hearing.

This all gave me flashbacks to my own time working for Senator Chuck Schumer on the Senate Judiciary Committee back in 2005. It was just after Labor Day and I was preparing the Senator for the confirmation hearing of John Roberts to be Chief Justice. We decided to devote much of the second round of questioning to this vexing and perplexing issue of a nominee’s reluctance to talk about the very issues that might most inform a Senator’s decision to vote yea or nay.

We focused on how to crystallize this point not only for the nominee but also for the public. It seemed lunacy that in so many other, often less urgent contexts, someone could freely opine on the correctness of a judicial opinion, yet could essentially take the Fifth when seeking ascension to the highest court in the land. Senator Schumer made the point to Roberts this way:

Reading those words again, 15 years later, the outright refusal to answer any questions about past decisions still seems nonsensical. I get it; truthful answers could jeopardize confirmation, but it seems silly nonetheless. Nominees will argue, of course, that to give some preview might give the appearance of bias in some future case. This, too, is quite overstated.

As Senator Schumer later asked Roberts, “Has there been any judge that you are aware of who has had to recuse himself or herself because of what they said in a confirmation hearing? Can you name for me a judge who was biased or not able to render justice because they gave their opinion at a confirmation hearing, sitting at this table as you do?” There was no answer.

At the end of the Senator’s round, he used a movie analogy we had worked on in advance, to bring the point home:

At that point, Chairman Specter interrupted. Senator Schumer’s time had just about concluded, but I suspect Specter was interjecting because my boss was making some headway with his point.

John Roberts insisted on responding and, ever quick and charming, delivered his own laugh line: “First, Dr. Zhivago and North by Northwest.” He then went on to try to distinguish the roles of academics and advocates, and he made some sense, of course. He also suggested that too much substantive engagement on cases would threaten to turn the confirmation into a kind of bargaining process, whereby Senators might confer or withhold votes based on particular coaxed answers. Decide for yourself whether those arguments are persuasive.

In the end, the tradition of reticence seems more about ensuring confirmation rather than high-minded adherence to canons of ethics. People remember that Judge Bork famously gave his views; because those views were deeply unpopular, his nomination failed.

It remains deeply ironic to me, as a matter of language at least, that aspiring Supreme Court Justices will go to great lengths to hide their opinions when auditioning for a job whose task is literally to write what? Opinions. 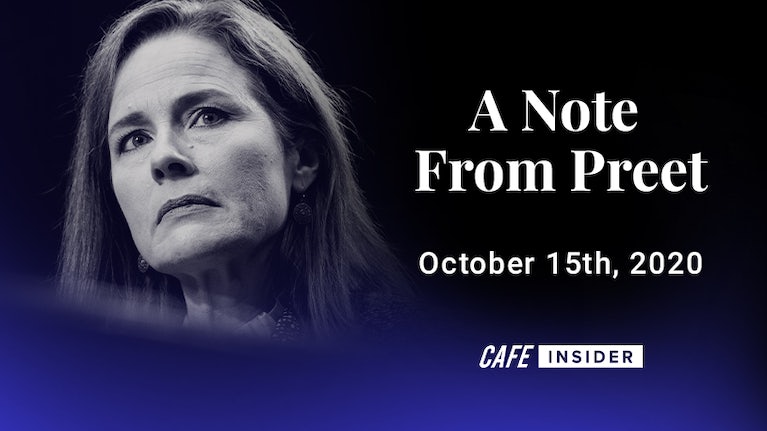